Beauty Sparkle can light up the Valley 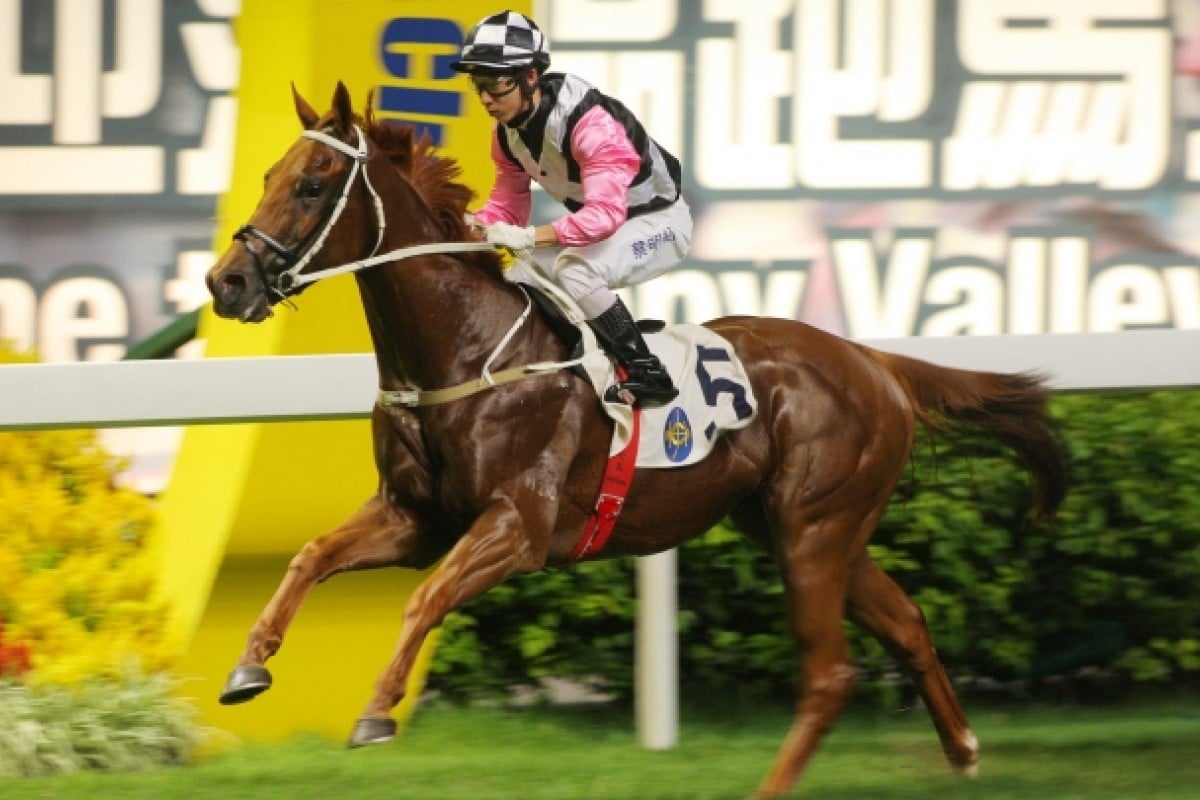 Beauty Sparkle (Matthew Chadwick) can double up in the final leg of the Triple Trio.

The chances of Tony Cruz clinching a third trainers' championship could hinge on the results of his two-horse team for tomorrow night's meeting at Happy Valley; one of them, well-drawn last-start winner Beauty Sparkle, looks a solid banker in the final leg of the Triple Trio.

Beauty Sparkle and stablemate Winnie's Horse look great chances and you can be sure that both horses will be "screwed down" for their respective assignments; Cruz horses usually are, the horseman rarely leaving his runners anything less than in peak condition.

Unbeaten in two races in New Zealand, Beauty Sparkle arrived with a big reputation but took a few runs to acclimatise. He trialled well for Caspar Fownes late last season, but failed on debut, after which he was transferred to Danny Shum Chap-shing. Three runs at the start of the term for Shum produced a solitary placing after the horse battled lameness and underwent surgery in pre-season.

After a transfer to Cruz, his last three runs have been top-rate efforts behind a pair of handy David Hall-trained sprinters.

First he was beaten 1¼ lengths by Bundle Of Joy over 1,000m at Happy Valley, before bumping into future Group horse Rad up the Sha Tin straight and being beaten less than two lengths. Back at the Valley short course early last month, Beauty Sparkle turned the tables on Bundle of Joy and he returns to the course and distance with a good draw.

He stays in "Class Four" courtesy of the 85-60 extended ratings band, and the top-heavy nature of the race suits - seven runners rated 80 or higher mean that with 131 pounds, minus two for Matthew Chadwick's allowance, he gets in well relative to most of his in-form rivals.

If Fownes-trained first reserve Braveness gets a run, include him, after a strong trial indicated he had recovered from arthroscopic knee surgery.

The middle pin has important trainers' championship ramifications, and interestingly, Size's usual right-hand man Whyte will not ride his leading chance Brave Brother. Weichong Marwing retains the ride, and even though the three-year-old has been a little underwhelming, drawing gate four might be enough to swing things his way as he steps beyond 1,200m to 1,650m for the first time.

Brave Brother is a banker, but include Whyte's ride - Ray's Favourite, a course and distance specialist who was recently transferred from retiring trainer Peter Ng Bik-kuen to Yip.

Drawing barrier 11 won't help Very Well (Chadwick) shed his "world-wide maiden" status at his 31st start, but he has to be considered after starting single-figure odds at his last four starts and placing on three of those occasions.

In the first leg, a Class Four over 1,200m, go with True Courage (Vincent Ho Chak-yiu) as a banker, from You Are The One (Berry), Forza (Gerald Mosse) and Sight Believer (Keith Yeung Ming-lun).