As expected, last week's announcement of "Moore's Law" - no, Virginia, not the more famous one from the co-founder of silicon chip-maker Intel - unleashed a polarised debate on whether trainers should be able to extend their careers by sheer weight of something as insignificant as performance.

As expected, last week's announcement of "Moore's Law" - no, Virginia, not the more famous one from the co-founder of silicon chip-maker Intel - unleashed a polarised debate on whether trainers should be able to extend their careers by sheer weight of something as insignificant as performance. 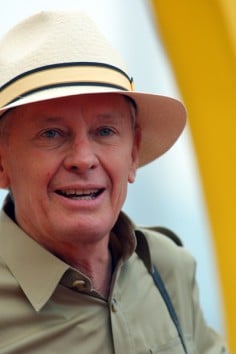 John Moore has been around and successful in Hong Kong racing for a long time and that doesn't come without generating some rivalry or animosity or downright jealousy, all of which have been on display in the week since.

There are those who believe it makes the task so much harder for trainers lower in the batting order, who might have been expecting some kind of trickle down of wealthy owners with the magnate magnet Moore off the scene. We're not entirely convinced that that would have happened, but we'll let it slide as being just an opinion.

Some trainers feel the current climate is self-perpetuating for the likes of Moore anyway, as his successes, especially with Private Purchases, ensure many bigger-spending owners stick to him.

Some rivals point out these same people are lucky at getting ownership permits in the ballot, paving the one-way street of permits heading to the stables of Moore - and a handful of the other top yards - year in, year out.

One idea bandied about has been to have an equal number of permits allocated to each trainer, and an ownership-eligible club member with money to spend can then call that trainer and request a permit. It would take the ballot out of the equation and give all trainers an equal chance of assembling a team of these kinds of owners and the finite supply of permits at each yard would mean trying the next trainer on the list if necessary.

But one of the glaring problems with this concept is the socialist undertone that all trainers are created equal, can all select and buy the right horse, then train it for the right results. And life doesn't work like that.

Sooner or later, unless a rule nailed the permit to that trainer for good, someone is going to be unhappy and want to move the horse. And then we're back in trainer syndicate land. And then all the permits will still, by force of gravity, move towards the leading trainers.