Whyte's treble leads him to his customary place

In the two recent seasons when Douglas Whyte has been given a serious contest to retain his jockey championship title, his slow start has been the common factor but there has been no such fouling of the mechanism this term and the Durban Demon strode to the top of the standings with a three-timer. 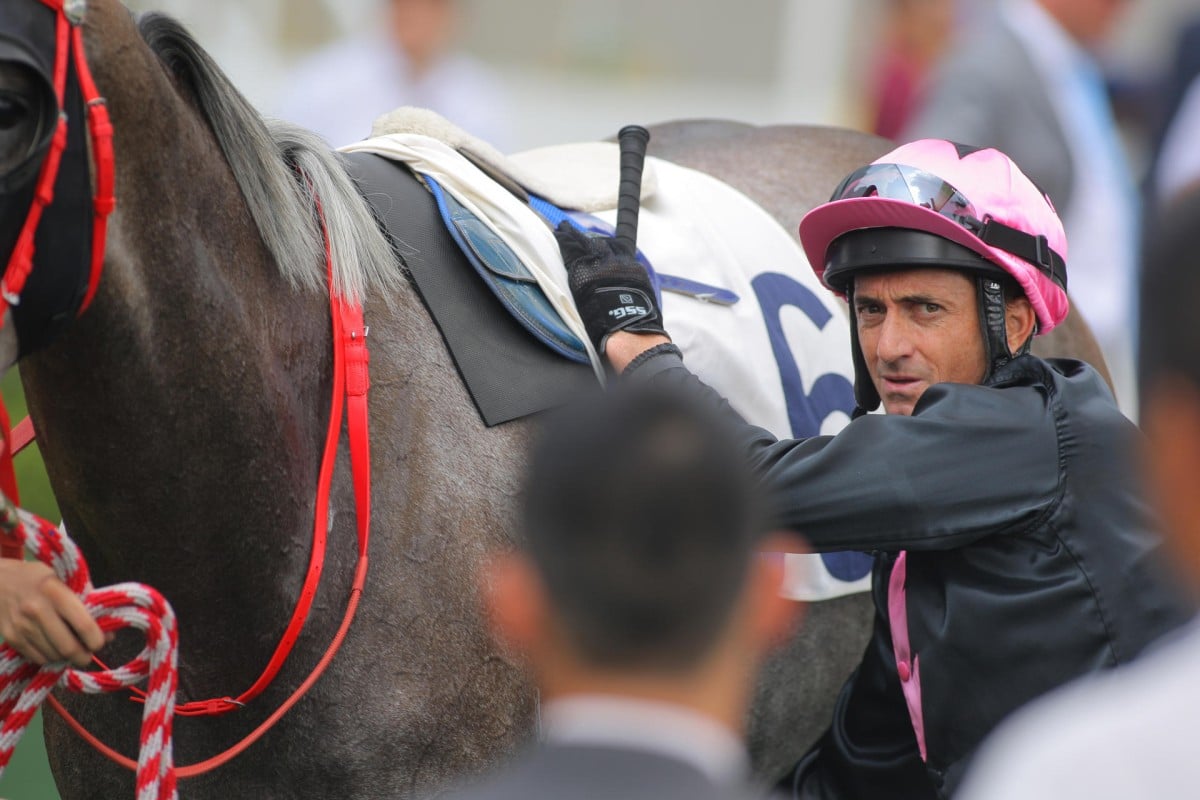 In the two recent seasons when Douglas Whyte has been given a serious contest to retain his jockey championship title, his slow start has been the common factor but there has been no such fouling of the mechanism this term and the Durban Demon strode to the top of the standings with a three-timer yesterday.

Last season, Whyte did not hit the front in the race until midway through the season, and his start when Brett Prebble ran him to a single win margin in 2010 was the worst of his local career as he lay mid-table in November.

But Whyte has come out running in 2013-14, and wins on Southern Springs for Danny Shum Chap-shing, Jack's Gem for Dennis Yip Chor-hong and Hypersonic for John Size sent him to the lead bright and early.

Hypersonic was the also the first win for Size this term, one he followed up half-an-hour later with Tour De Force (Keith Yeung Ming-lun) to claim a double.

Hypersonic has made a niche for himself on the dirt, with three wins from five starts on the surface, but Whyte said he is not the easiest to get right.

"John's assessment of the horse is spot on - he has an amazing turn of foot but it is a very short sprint," Whyte said. "I probably went a tad early and he rounded them up so quickly and hit the front too soon. He did a good job staying on to win but he was finished at the line. He handles turf too and he's going higher in the ratings but you do need to get the timing right."

There were compliments too for Class Five winner Southern Springs, who backed up well from a sound effort over 1,200m on opening day when some used was made of him to share the lead and Whyte jumped aboard this time with happier results.

"I thought he ran terrific last week. They said he showed pace and weakened but I thought he boxed on pretty well.

"Today I was able to drop him in behind them and he went to sleep and only had to pick up and run to the line for 400m," Whyte said. "On that, he could win going up to Class Four in similar circumstances."

Jack's Gem was a stable transfer who might have made the difference for Yip's successful trainers' championship bid when he won in Class Five at his only start for the yard in July but Whyte feels he has improved further for the summer break.

So did punters, who had sent him out a 10-1 chance when he won his Class Five but he was a short-priced commodity to take that up a notch in Class Four this time.

"His trial was very good, and he had come on since that," Whyte said. "His morning gallops had coming winner written all over them and he did the job well. He's won two over a mile now but the feeling he gives me is that he won't have a problem running a bit further."