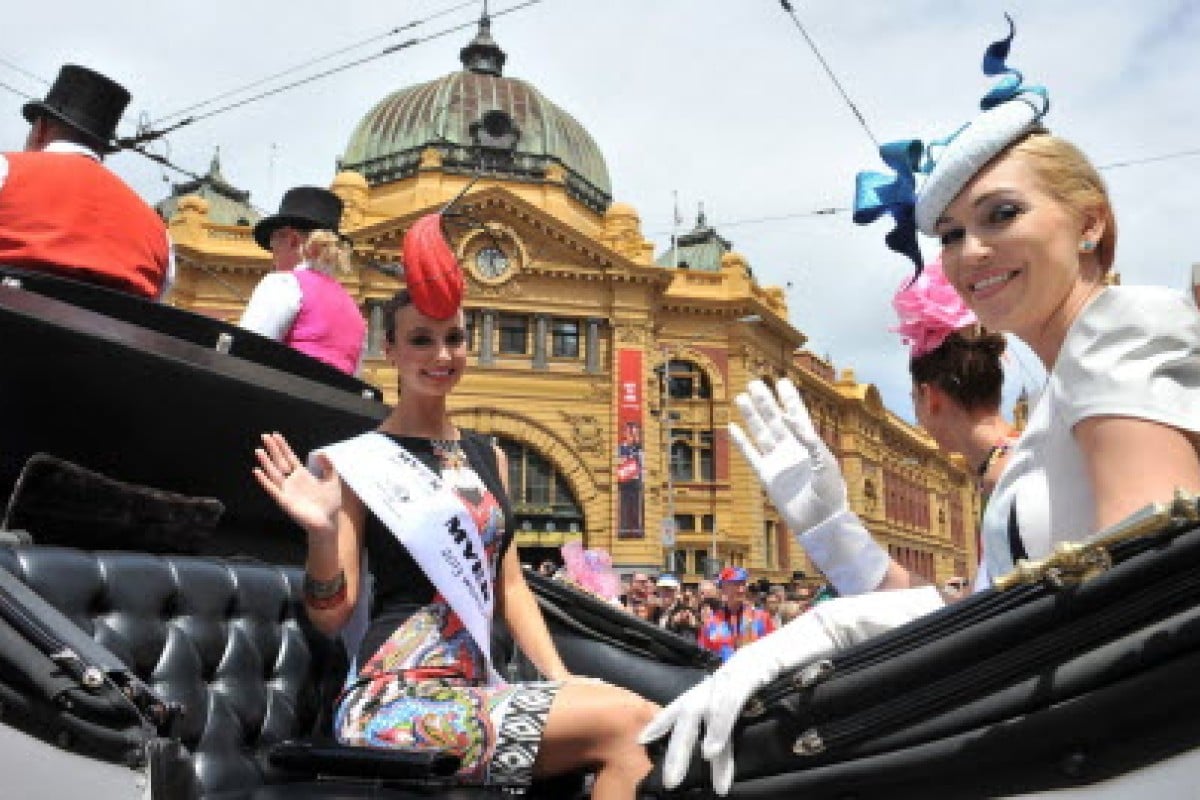 Fashions on the Fields contestants wave during the Melbourne Cup parade in Melbourne on Monday. Photo: EPA

Australian property magnate and racing enthusiast Lloyd Williams' presence looms large over today's running of the A$6 million (HK$44 million) Melbourne Cup, with six entrants hogging a quarter of the field of "the race that stops a nation".

The 73-year-old owner clinched his fourth Melbourne Cup last year on the back of the Robert Hickmott-trained Green Moon.

Green Moon, who defied 22-1 odds and a field of quality European stayers to win the two-mile handicap, returns to Flemington Racecourse to bid for back-to-back Cups, but the seven-year-old stallion is among the less fancied of Williams' sextet.

Sea Moon, Fawkner and Seville are all backed to win, with Masked Marvel and Mourayan rated rough chances to salute in front of an expected crowd of more than 100,000.

With all prepared by Williams' trainer Hickmott and only Mourayan drawing outside barrier 10, the tycoon's powerful bid has proved controversial, with English trainer Ed Dunlop raising concerns the race could be manipulated.

"I hope Mr Williams isn't allowed to boss this race," Dunlop, who has entered eight-year-old gelding Red Cadeaux for a third tilt, said.

"It is not ideal, let's not beat about the bush. I think the most interesting thing is Williams' horses are all very well drawn."

"Twelve months ago this Friday, I put plans in place for eight horses to be aimed at the Melbourne Cup and six have made it," Williams, known for his meticulous management of his horses, said.

"Racing is like business, you have got to have a plan."

Dunlop's comments have touched a raw nerve with Australia's racing community, which has bemoaned the rising strength of foreign-prepared entrants and a siege mentality hyped by local media.

Of the nine foreign-prepared entrants, Mount Athos is rated the strongest chance to win and give trainer Luca Cumani a maiden Melbourne Cup after runner-up finishes with Purple Moon in 2007 and Bauer the following year.