Time for freshman trainer Chris So to make his presence felt

Rookie's top sprinter has a chance to challenge the elite 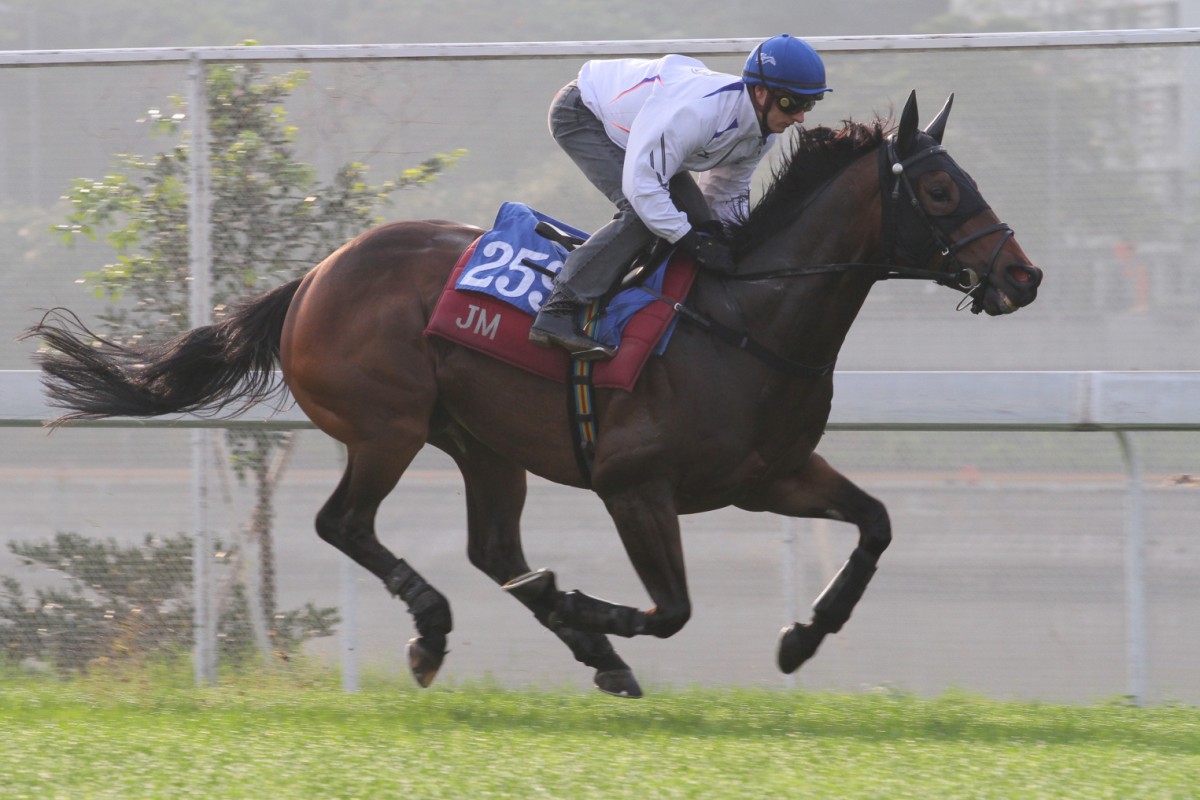 With several top-grade efforts, including second to Ambitious Dragon at Group One level, Time After Time can rightly be considered one of the better-performed sprinters in Hong Kong. Photo: Kenneth Chan

Freshman trainer Chris So Wai-yin wasn't expecting to trouble the Group events in his debut year but top sprinter Time After Time will give him the chance to make an impact at the top in the Group Two Jockey Club Sprint on Sunday and beyond.

Formerly with John Moore until late September, Time After Time was runner-up to Lucky Nine in the race last year before he was banged from pillar to post when finishing last as second favourite in the Hong Kong Sprint.

With several top-grade efforts, including second to Ambitious Dragon at Group One level, Time After Time can rightly be considered one of the better-performed sprinters here.

"I'm very happy to get a horse like this in my first season," said So yesterday. "One of the syndicate members has a new horse with me and asked me if I'd like to take this one as well. I think John Moore didn't mind and was happy I would get the chance to train a quality horse in my first year too."

The shift of yards coincided with Time After Time being reported with a bone chip in his left front fetlock joint, an area where he had a lameness problem following his final run of last season in June, but So said it hadn't been an issue.

"It's okay so far. A lot of horses get these kinds of chips and can still run well and he came back in good shape after his barrier trial last week," So said. "I'm confident he will race well on Sunday but the main thing is the timing. Because I've only had him for just over a month, I haven't wanted to rush him for this and I think he will improve going from it to the international race. Still, he runs well fresh and I did think he trialled very well so I'm hopeful."

Eddy Lai Wai-ming rode Time After Time in the trial as Gerald Mosse was in Australia for the Melbourne Cup, but Mosse goes back aboard on Sunday.

The Sprint is one of the three Group Two dress rehearsals on Sunday over 1,200m, 1,600m and 2,000m as the horses vie to be among the Longines Hong Kong International Races selections to be announced next Wednesday.

One name that will be missing from the Jockey Club Cup on Sunday and from the international meeting is top stayer Willie Cazals. Trainer Tony Cruz had been hoping the bruising to his left front tendon was superficial but those hopes have been dashed. "Willie Cazals is out for a couple of months," Cruz said. "It's bad luck but I think we'll have him back in time to get him ready for the staying races again like last season - the Queen Mother Cup and the Champions & Chater."