Gold-Fun has a lot more to offer, says Olivier Doleuze

Olivier Doleuze delivered another impeccable ride to clinch the Group Two BOCHK Jockey Club Mile and the jockey believes Richard Gibson's stable star still has "enough left in the tank" to defend what has become the locals' pet event on international day. 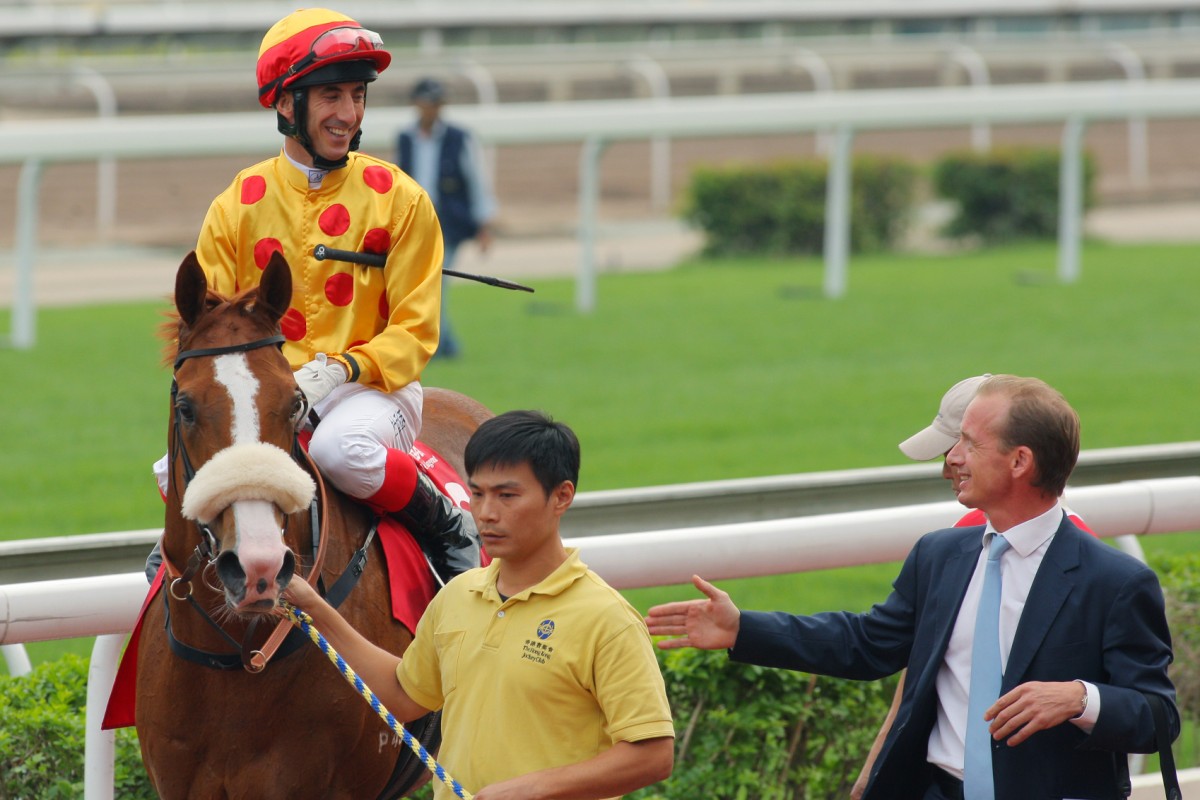 Olivier Doleuze delivered another impeccable ride to clinch the Group Two BOCHK Jockey Club Mile and the jockey believes Richard Gibson's stable star still has "enough left in the tank" to defend what has become the locals' pet event on international day.

A heavily supported odds-on favourite, Gold-Fun made it three wins on end and leads the local charge into the Group One Longines Hong Kong Mile in three weeks, against what is expected to be a strong overseas contingent.

Doleuze jumped from gate one, but quickly gained a one-off spot approaching the 1,200m mark, then timed his winning run perfectly and did not punish the in-form horse late. The odds-on favourite overhauled brave leader Helene Spirit right on the line, prevailing by a short-head, with a rejuvenated Xtension flashing home for third.

"We didn't want him to have a hard run, I've kept something in the tank for the big day," Doleuze said. "I expected him to win like that, but I didn't want to kill him and I didn't need to."

Gibson heaped praise on Doleuze, especially for what he called a "slick" move to get off the rail.

"He rode him patiently, he rode him with a lot of confidence and I didn't think he gave him a hard run," Gibson said. "It was a small margin, but he only hit him twice and it was a soft win. It was a really well thought out race and he predicted that scenario."

"We really didn't want to be on the fence and it was a really slick move he made to get him out of there and into a perfect spot."

Gold-Fun weighed in 12 pounds more than he had last start and Gibson said that left him something to work with.

"We've only got three weeks to the big one, so it's a pretty straightforward procedure, if anything we tried to undertrain him going into this race," he said. "He will lose a bit of weight going into the big one, and he'll need it against that field."

"It will be a very proud moment for us to be flying the Hong Kong flag on international day and it's going to be a great privilege to run against two champion fillies."

Gibson was referring to the Freddy Head-trained Moonlight Cloud, a dominant winner of the Group One Prix de la Foret at her last start, and Richard Hannon's English 1000 Guineas winner Sky Lantern.

"Maybe the Hong Kong horses don't look as strong as some of the opposition, but the race falls at the right time for us and the wrong time for them," he said.

Caspar Fownes was obviously happy with Helene Spirit's second, but also pointed out the sixth-placed Packing Whiz had produced the fastest final 400m sectional of the race, rattling home in 22.17s after settling last.