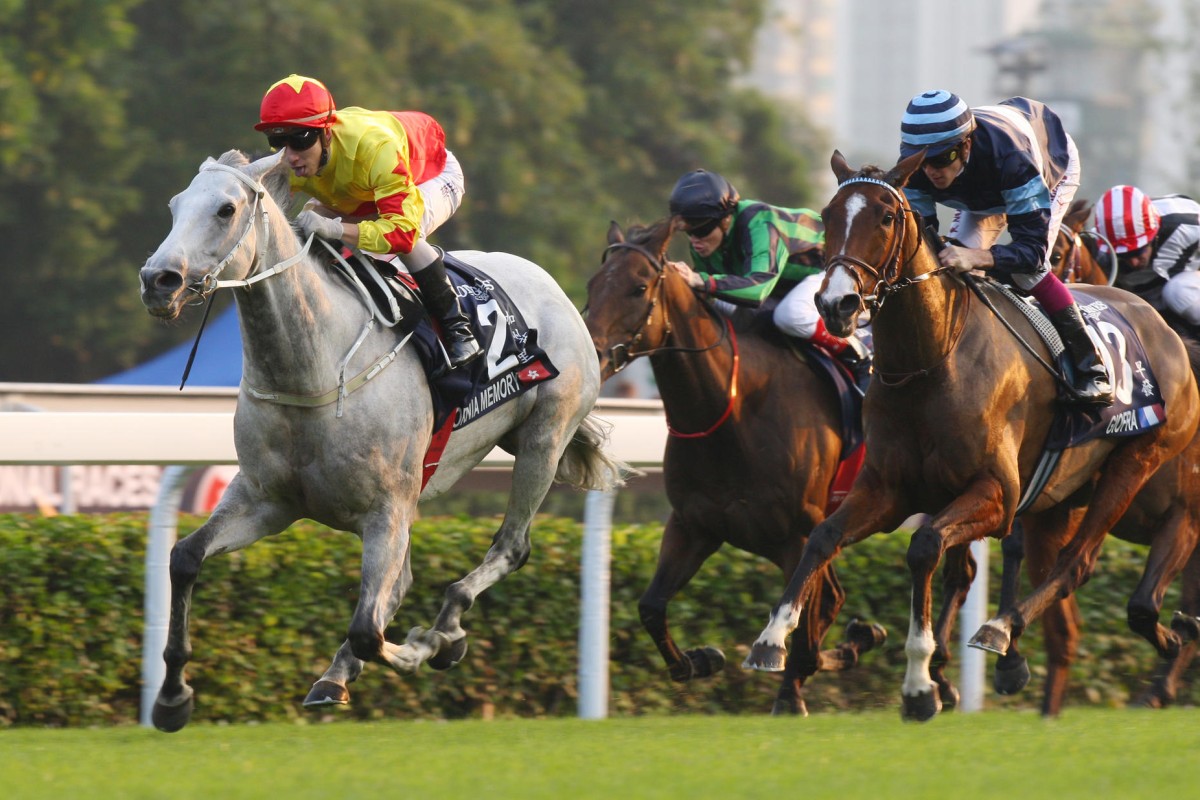 The dazzling career of California Memory may be over after scans of his injured right foreleg on Tuesday showed a problem that will certainly take him out of the Longines Hong Kong International Races next month.

The popular grey holds an elevated place in racing history with wins in the Hong Kong Cup for the past two years and four Group One successes in all but he returned from a fast-finishing fourth at Sha Tin on Sunday with soreness in his right front fetlock which warranted closer examination and trainer Tony Cruz now fears the worst.

"It's a very significant injury to his suspensory and his future is certainly in doubt," the trainer said. "He's a horse who has always had problems with his joints, right from the time he came into the yard, and the Jockey Club vets did a great job to keep him coming up but this could be the end."

Cruz said the immediate future for the gelding would centre around rest and a wait-and-see approach but he was up front about the prospects.

"I couldn't rule out the possibility of racing again but for that to happen he would need to show some good improvement and pretty fast," Cruz said. "He'll be turning eight years old on January 1, so he isn't a young horse anyway. If he is going to take a long time to get back to the shape where we could look at racing him again, then it might be a better idea to retire him."

California Memory burst onto the Group One scene with an upset win in the Gold Cup in February 2011 to give Matthew Chadwick his first Group One and the young jockey has been the horse's partner in 18 of his 19 starts since.

"He's been a great little fella who really brought my career up to the top level - he's still been my only Group One horse, and he'll always be special to me," Chadwick said. "There hasn't been a top horse here during his career that he hasn't beaten at one time or another.

"Hopefully, there is still life in him as he's still enjoying his racing and, if we can get him fit, maybe he can have another go at the Champions & Chater late in the season when the tracks are a bit softer. If he could win that again, it would be a great time to retire him but it will be sad to see him go whenever it happens."

The news comes ahead of Wednesday's announcement of the invited runners, local and overseas, for the 2013 HKIR and is a further blow to the home team after the loss to injury of dual Horse Of The Year Ambitious Dragon last month and, more recently, Cruz's other top stayer, Willie Cazals.