An imposing home-track record in the Group One Longines Hong Kong Mile (1,600m) will be given a stern test by French mare Moonlight Cloud, with the locals relying on a horse first-up for more than six months as their highest-rated runner. 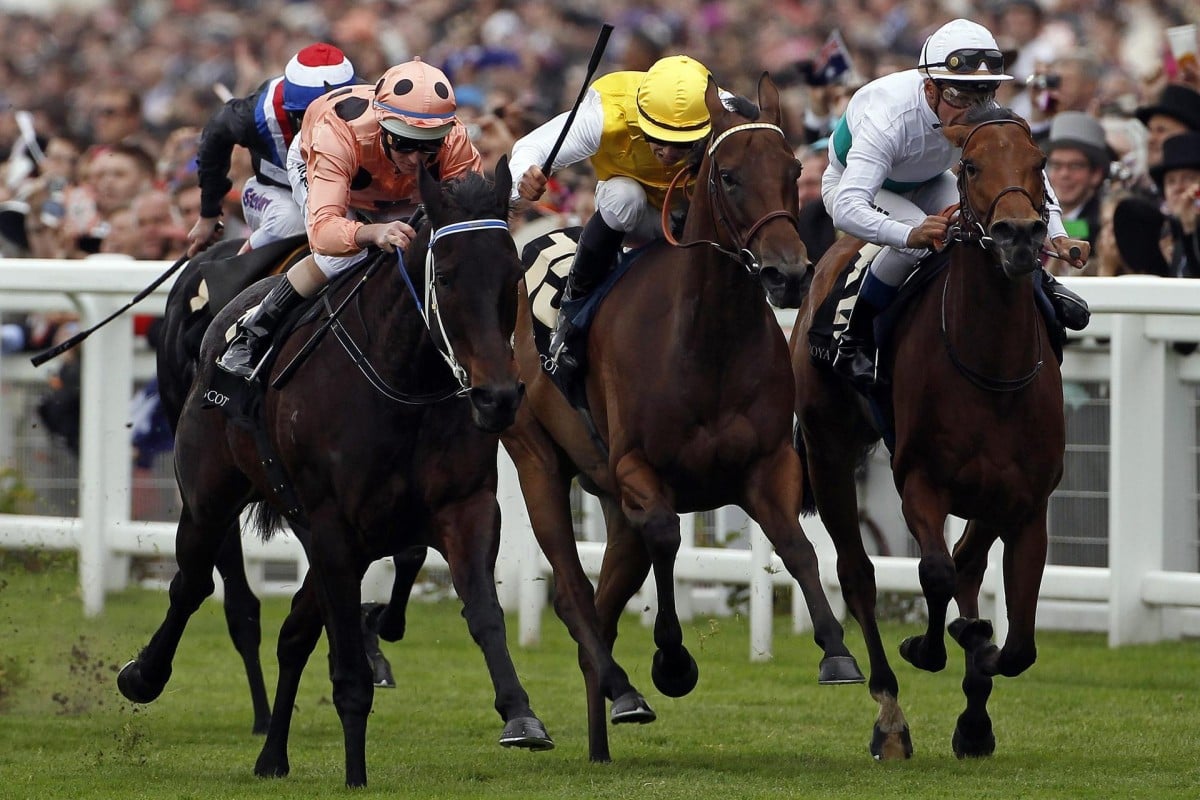 An imposing home-track record in the Group One Longines Hong Kong Mile (1,600m) will be given a stern test by French mare Moonlight Cloud, with the locals relying on a horse first-up for more than six months as their highest-rated runner.

While Moonlight Cloud's international rating of 123 makes her the best-credentialled runner in the race, Glorious Days leads the way for the home team with a rating of 120.

Moonlight Cloud will have recent history against her as Freddy Head's five-year-old attempts to shake off a streak of seven straight successes by Hong Kong-trained horses. Unbeaten in four starts this year, Moonlight Cloud will also be aiming to become the first European-trained horse to win the event since Docksider 14 years ago and the first female to triumph since Sunline in 2000.

Glorious Days not only comes in off an interrupted preparation after a disappointing season-ending run in the Yasuda Kinen, he will also be out to break a hoodoo for his trainer John Size. The Australian has won seven premierships but has never experienced victory in any of the four majors, with the Mile the biggest bogey race of them all for the master horseman. Glorious Days gave Size his fourth second placing in the event last year, after Electronic Unicorn (twice) and Armada.

Richard Gibson's Gold-Fun hasn't put a hoof wrong this time in, winning three-from-three, and is one of eight locals entered, along with six horses he accounted for in last Sunday's Group Two Jockey Club Mile.

The visitors are made even stronger by the inclusion of Richard Hannon's exciting filly Sky Lantern, a winner of four Group Ones including this year's 1,000 Guineas.

The Irish-trained sprinter-miler Gordon Lord Byron was runner-up to Moonlight Cloud two starts ago, and is back again after he was touched off for third in this race last year at big odds.

The French-trained six-year-old Shamalgan is an experienced traveller despite being the lowest rated of the runners on 111. Having previously raced in France, Germany and Dubai, Shamalgan broke through at Group One level two starts ago in Italy, winning the Premio Vittorio Di Capua.

Stradbroke Handicap winner Linton is the only Australian entered across the four races, and arrives off two unplaced runs. He is aiming to become the first horse from down under to win at the internationals since Falvelon in 2001. 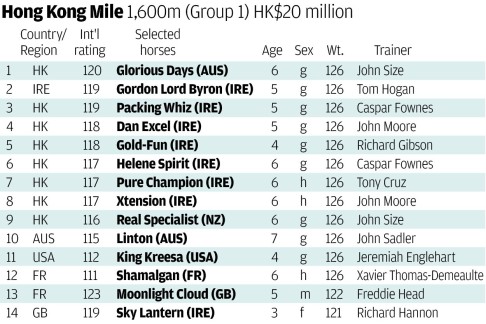