Trainer Sean Woods will be hoping for better luck this time around with Lord Sinclair when the lightly-raced grey tackles the Peninsula Golden Jubilee Challenge Cup (1,200m) at Sha Tin Sunday on the all-weather. 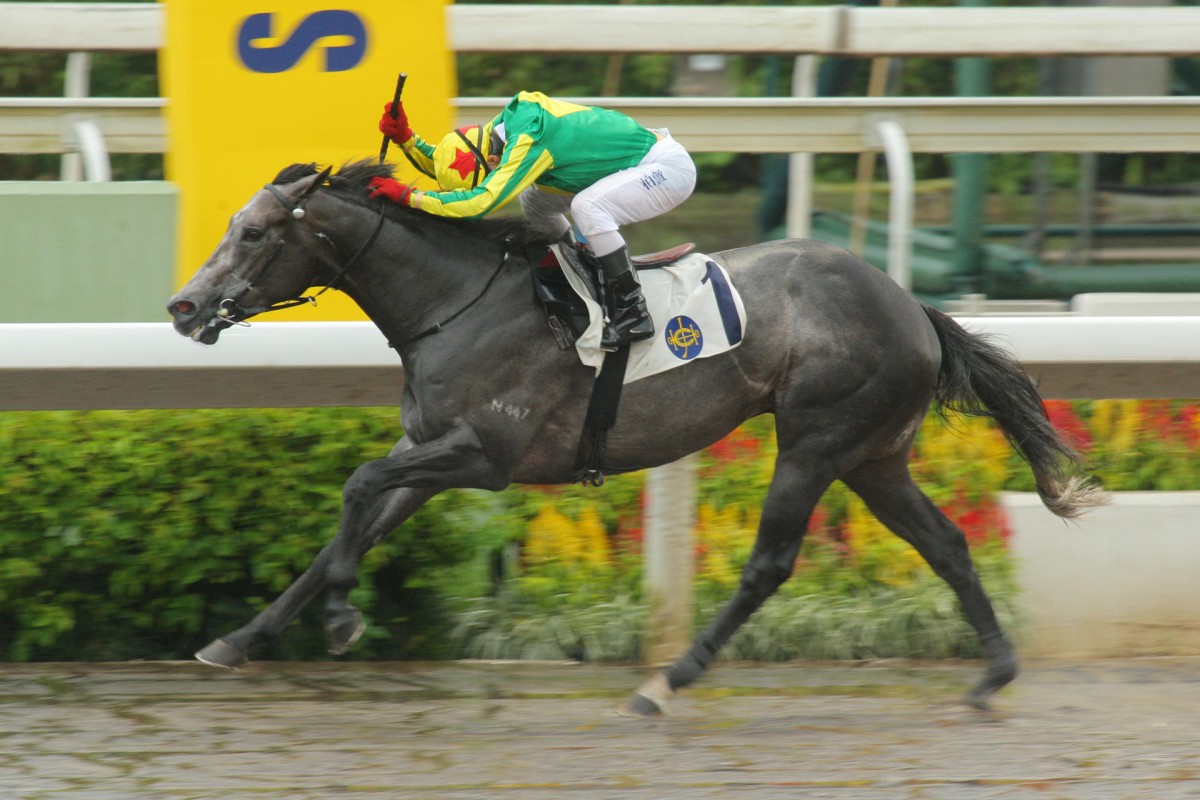 Trainer Sean Woods will be hoping for better luck this time around with Lord Sinclair when the lightly-raced grey tackles the Peninsula Golden Jubilee Challenge Cup (1,200m) at Sha Tin Sunday on the all-weather.

It will be the second "first-up" assignment that Lord Sinclair (Brett Prebble) has had in his sights but only his first run of the new season.

In October, Lord Sinclair was training the house down as he headed towards his resumption.

He would have been a strong favourite for the race, only to be withdrawn with a problem in his right front foot on race eve.

Woods was forced to give Lord Sinclair some time off to heal, but the four-year-old has been back to the barrier trials and performed well since and he looks ready again to pick up his career where he left it in July.

Prebble was aboard that day when Lord Sinclair broke through at last for his first local win after he had previously shown terrific talent in his trials and races without things quite falling into place.

But July 1 was redemption day, Lord Sinclair not just winning but putting his all-weather rivals in the shade by a big margin over Sunday's course and looking a quality horse on the surface which has looked his niche.

After the win, Prebble said it would not surprise if Lord Sinclair's best was further than the 1,200m trip this season, but, fresh here, it looks suitable and the luck of Sunday's race should fall Lord Sinclair's way too despite his barrier eight of 12 runners.

He has pace himself but, depending on how the surface is playing on the day, may also have the option of dropping over behind the early lead if the likes of Beauty Sparkle, New Glory and Bundle Of Love get too competitive at the front end and open up some gaps in the trailing zone.

For a danger, it was hard not to be impressed by Great Spirit (Eddy Lai Wai-ming) when he scored in Class Three last time. Great Spirit had been impressive in defeat at his first two runs this season but made no mistake under a perfect ride from Zac Purton, who can't make the weight for the event.

Silver Grecian (Olivier Doleuze) has been mixing distances and racing consistently on the dirt so the drop from 1,650m to 1,200m shouldn't bother him, as long as he gets the speed on and can get clear room to produce his big finish.

Down in the handicaps, lightweight dirt specialists like Rumba King (Alex Lai Hoi-wing) and Green Zone (Vincent Ho Chak-yiu) can also threaten from their inside gates.