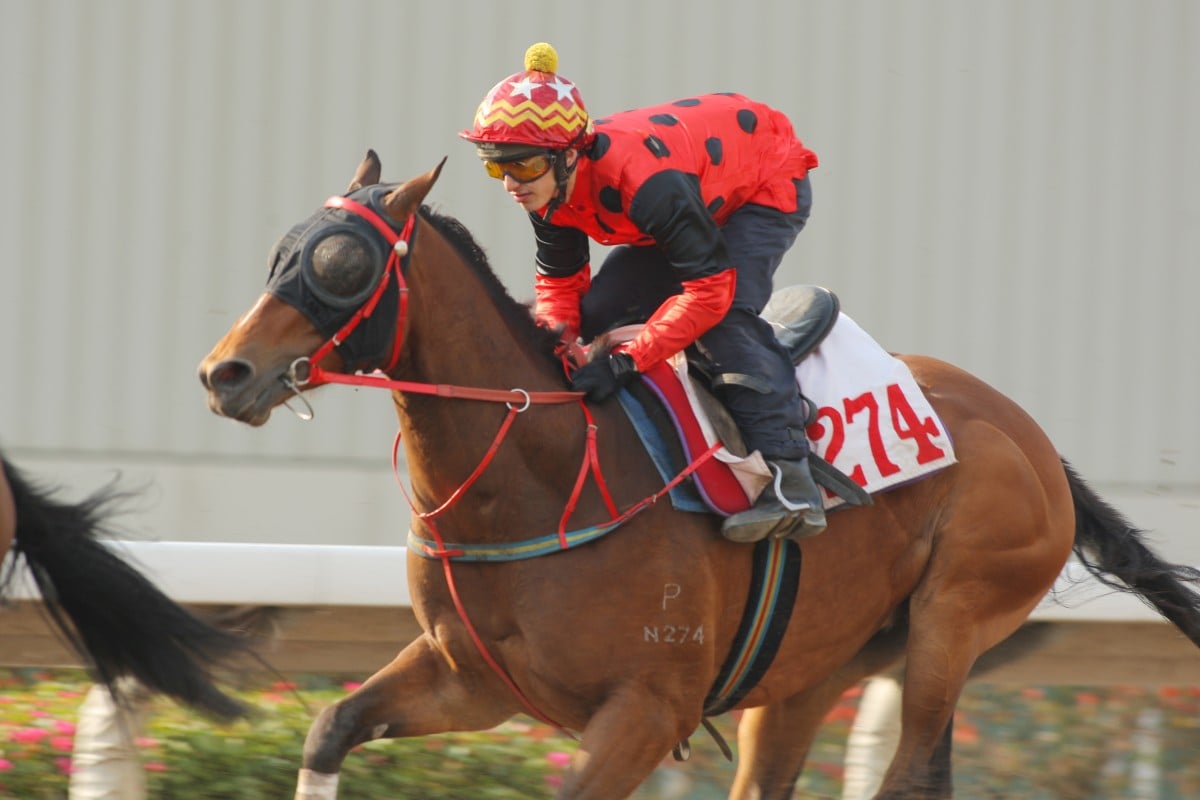 Holyangelholy, with Alvin Ng Ka-chun aboard, is looking good after a break. Photo: Kenneth Chan

Paul O'Sullivan hasn't had the best calendar year, but he has begun this season similarly to the last one, building a decent early platform with six wins on the board.

Holyangelholy looked to hold some promise for John Size in the early part of his career before some joint issues in March and a transfer to O'Sullivan, where he had one run at an unsuitable course before the summer break.

He may want another race, but the gelding looks capable of winning soon
Alan Aitken

With the benefit of another break, Holyangelholy looks to have returned in better shape and hit the line well for fourth over an unsuitable 1,000m on Sunday.

The freshness off him, Holyangelholy will need to be stepped up in distance to 1,400m or even 1,600m but the run augurs well for how he has come back.

He may want another race yet but the gelding looks capable of winning soon, perhaps even on the more forgiving surfaces at the Valley or even the all-weather track, which has suited another son of Darci Brahma so well - Sunday's winner Hypersonic.

Divine Diya also finished fourth for O'Sullivan on the weekend, returning from injuries to both front tendons, reported back in May.

Before that, Divine Diya had looked a more than handy horse in the making with two wins from his seven starts, and his return with a solid finish to just miss the placings behind Super Lifeline looks a good pointer. If O'Sullivan can keep him in good order, there will be a race very shortly for Divine Diya.

Many fans will have been looking beyond the winner of the first race, Ambitious King, for the ones to follow there.

The son of Kyllachy was clearly spent when the post came up in time and there were eye-catching run-on horses behind him in Yo-Yo Da and Family Interests, but don't underestimate him when Ambitious King steps out with a light weight in Class Three.

It was only his third race and he worked hard through the early and mid stages of the race to lead from a wide draw, so to hold off the closers and win was full of merit.