Jockey Club can up the international ante by boosting support card 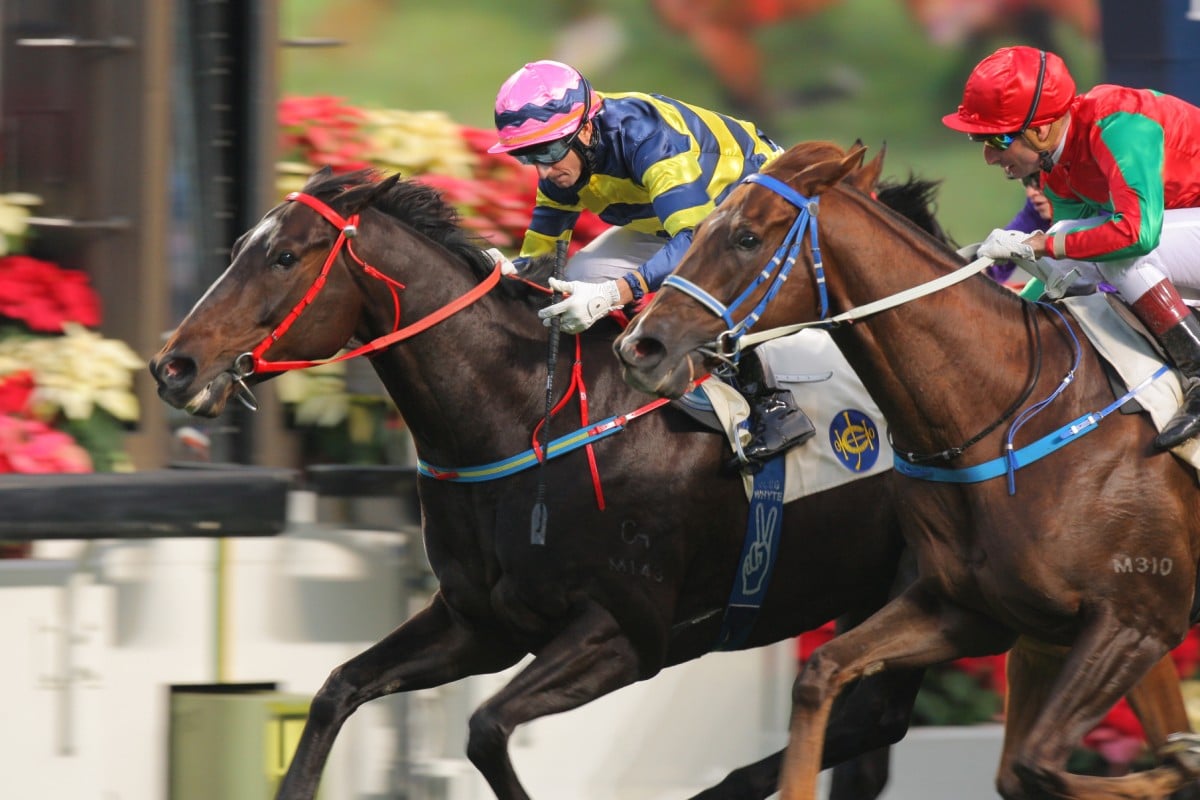 Real Specialist was one who impressed on the 'undercard' on international day last year. Photo: Kenneth Chan

While there are those who would like to see international day boosted in various ways - new races, extra money on the majors and so forth - perhaps it is in the support card that the Jockey Club can up the ante.

The day has been static in terms of events since the Hong Kong Sprint was added in 1999 and it is only in terms of prize money changes or cosmetic touches to some distances or black type classification upgrades that the day's bill of fare has changed much in the past 15 years.

What the club has tried to do thereafter is to change perception of the meeting to attract the best horses - to remove the perception that it somehow denigrates a horse's record in Europe or Australia or America to come to Sha Tin and be beaten.

That has taken considerable time and effort, perceptions don't change easily, but everyone who brings a horse to Hong Kong's international meeting these days knows this - they will be well looked-after, the facilities are outstanding, the playing field is level for all and that the competition is not to be sniffed at and defeat no disgrace.

The pressures to increase prizemoney in order to attract talent keep coming on a regular basis, and Sydney's 'The Championships' concept may have its share of flaws but is nevertheless out there as the latest.

That's another thing that the Jockey Club will address steadily over time, as it has in the past - any knee-jerk jump in stakes ignores the reality that there is more to making a meeting attractive than dollars alone, no matter that does play a part.

Are there reasons to present more international events, more diversity?

Probably not. Keeping it simple as it stands now makes more sense and keeps it more 'Hong Kong' than going all Breeders' Cup on it and introducing new and different events for sub-groups which do not have a normal place in our racing.

With 770-odd races a season, Hong Kong cannot be all things to all people - there is no room to add Group races on dirt or two-year-old races or female races or hurdles.

The Vase is already standing out there as a novelty for the home scene, where there are only three races at 2,400m each season, two Group Ones and a Group Three, and nothing further. It is however an almost universally contested distance at the classic level and accorded respect by its inclusion.

What perhaps can be boosted has a tenuous connection with international races per se but everything to do with the day and its place in the local horseracing psyche, and that is the undercard.

David Hayes, when he trained at Sha Tin, used to call international day 'Show Off Day' when the leading trainers would produce their most promising unheralded horses. Hayes himself made a habit of it, landing a betting touch with the unraced All Thrills Too in 2000, a horse who was back with an unlucky third in the Hong Kong Sprint a year later, then won it the following year.

In recent times, there have been some instances of Class One, even Class Two, winners on the day - Frederick Engels and Real Specialist are examples from 12 months ago - returning in the quest for the major events the following year but some of the other support winners make disappointing reading.

Perhaps the way to encourage it and give the day a real across-the-board quality feel is to offer significant extra prizemoney for the support races, making them more of an early target for those that connections believe are headed to the top and bringing those horses together even as they make their way through the grades.

After all, the IJC races tonight offer a higher level of stake money as a trade-off for owners not being able to race with their regular jockey which, considering the quality of jockeys they must 'put up with', seems unnecessary.

Let's bring back Show Off Day. Let's alert racing fans to the idea that the minor-event runners are extremely well thought-of and could well be lining up against the foreign stars a year hence. In fact, it could even be linked to certain future events.

On Sunday, trainer Tony Millard was quite adamant that the Jockey Club must include Super Lifeline in the Group One Classic Mile field next month, whether or not his 81 rating demands it, as he regards him as a quality horse.

It's a big call in what looks a vintage year, when the top rated four-year-olds are already pushing through the 110 mark, and 81 would carry a skinny argument in any season.

But the Class Three on international day could get a prizemoney boost and a guaranteed ballot-free run into the four-year-old features. A trainer such as Millard would have known to target this Sunday instead of last, safe in the knowledge that he had only to win that Class Three to ensure his place going forward.