Triple Trio highlighted by two Group One races, but it is the Class Two final pin which looks the key to snaring a return on Sunday 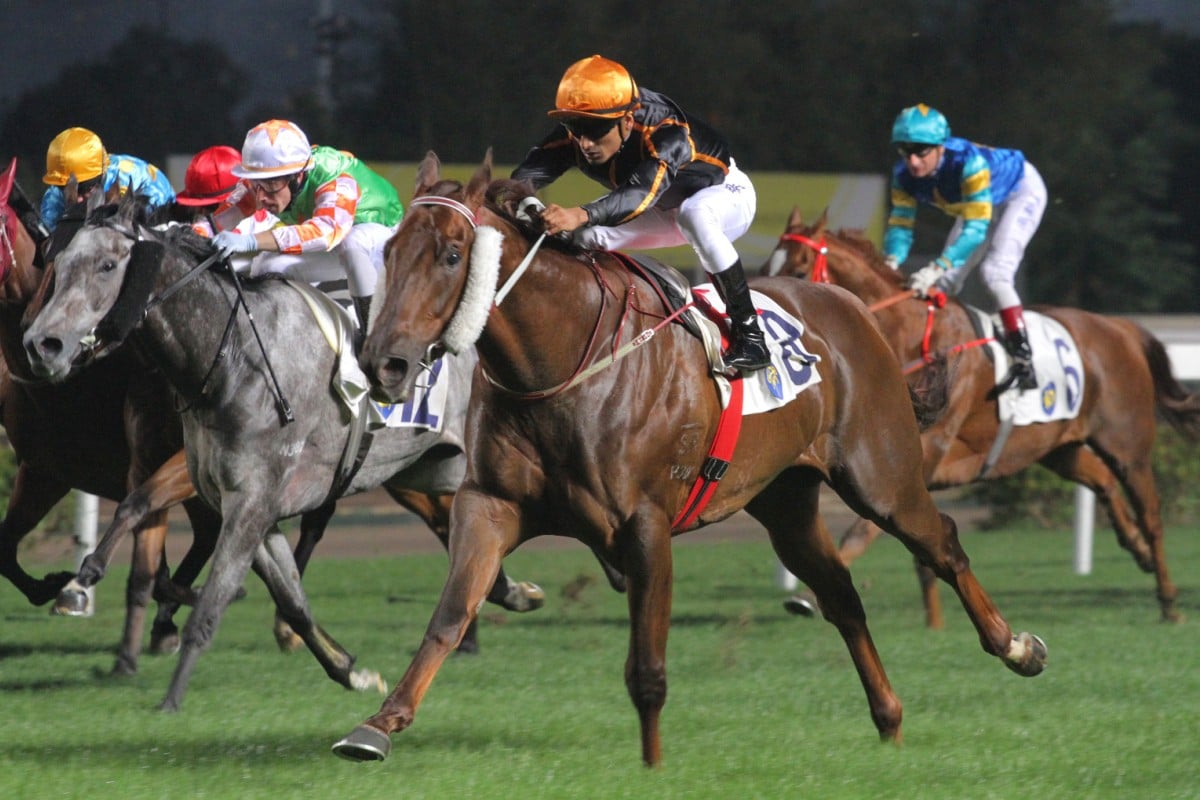 International Day is dubbed "show off day" by some, and if there is an up-and-coming horse worth showing off at the moment it is John Moore's powerfully built four-year-old Able Friend.

Moore has next month's Classic Mile firmly in his sights with Able Friend, but first he gets his first test over the mile in the final leg of Sunday's Triple Trio.

The Dublin Handicap, a Class Two over 1,600m, is wedged in between the four feature races, and Able Friend looms as an obvious banker in an otherwise difficult day for TT players.

Able Friend came to town off a rating of 72 courtesy of a provincial win in Australia at three, before smashing his Class Three opposition on debut towards the back end of last season.

The son of Shamardal came back from the break looking a little burly, his already imposing frame expanding to nearly 1,300 pounds - up nearly 60 pounds on his first-season racing weight.

It didn't stop the gelding from running big races, both from bad barriers, which resulted in a change to negative tactics.

On debut last term, Tommy Berry had Able Friend sitting just behind the speed from gate three, but in two runs this time in under Karis Teetan, wide draws have forced the horse back to last.

First-up Able Friend was set too much of a task over 1,400m, as he flashed home for third behind Winning Leader, running 21.82 seconds for his final 400m.

Second-up Teetan had him a length closer in the run, and when he unwound with the same sprint - this time 22.18 seconds in a faster-run race - he rounded up smart sprinter Wah May Star easily.

Berry gets back on to replace the suspended Teetan and has gate seven, from where he is likely to look to be closer again.

Able Friend carries top weight of 131 pounds and gives weight to a few decent horses, including 12 pounds to talented stablemate Rewarding Hero (Douglas Whyte) - a horse heading in the right direction and undefeated in two runs this season.

A step up to the mile for the first time is the bigger query than fitness or class for Able Friend and Moore must have toyed with the idea of removing the sheepskin cheek pieces, and they will come off eventually as the horse steps up through the four-year-old series to the Hong Kong Derby.

The gear stays on for now, but the gelding is a relaxed customer who has never showed the slightest inclination of over-racing anyway, headgear or not.

On paper there looks a lack of speed in the race, which helps Eagle Power (Brett Prebble), who will be close from gate three. Also include Rewarding Hero, Little Men (Olivier Doleuze) and Outdoor Pegasus (Christophe Lemaire).

The consensus is that there are "if they turn up they win" bankers in each of the races, The Fugue (William Buick) in the Vase and Lord Kanaloa (Yasunari Iwata) in the Sprint.

The Fugue is a mare who is yet to show she has acclimatised fully at trackwork, so perhaps play around with no banker in an otherwise open race.

The past two winners, R ed Cadeaux (Gerald Mosse) and Dunaden (Jamie Spencer), are proven warriors who have to go in. Also consider Mount Athos (Craig Williams) after some strong morning workouts and Dandino (Damien Oliver).

Lord Kanaloa drawing 12 might make some nervous, but last year's winner does look a cut above, with Lucky Nine (Brett Prebble) the clear second pick and another banker option.

Take Sterling City (Berry) from his good draw, along with stablemates Frederick Engels (Zac Purton) and Charles The Great (Whyte).