Moreira just the man to produce some Triple Trio magic

Brazilian superstar returned with a scintillating performance at Happy Valley on Wednesday, and he can keep it going for punters at Sha Tin 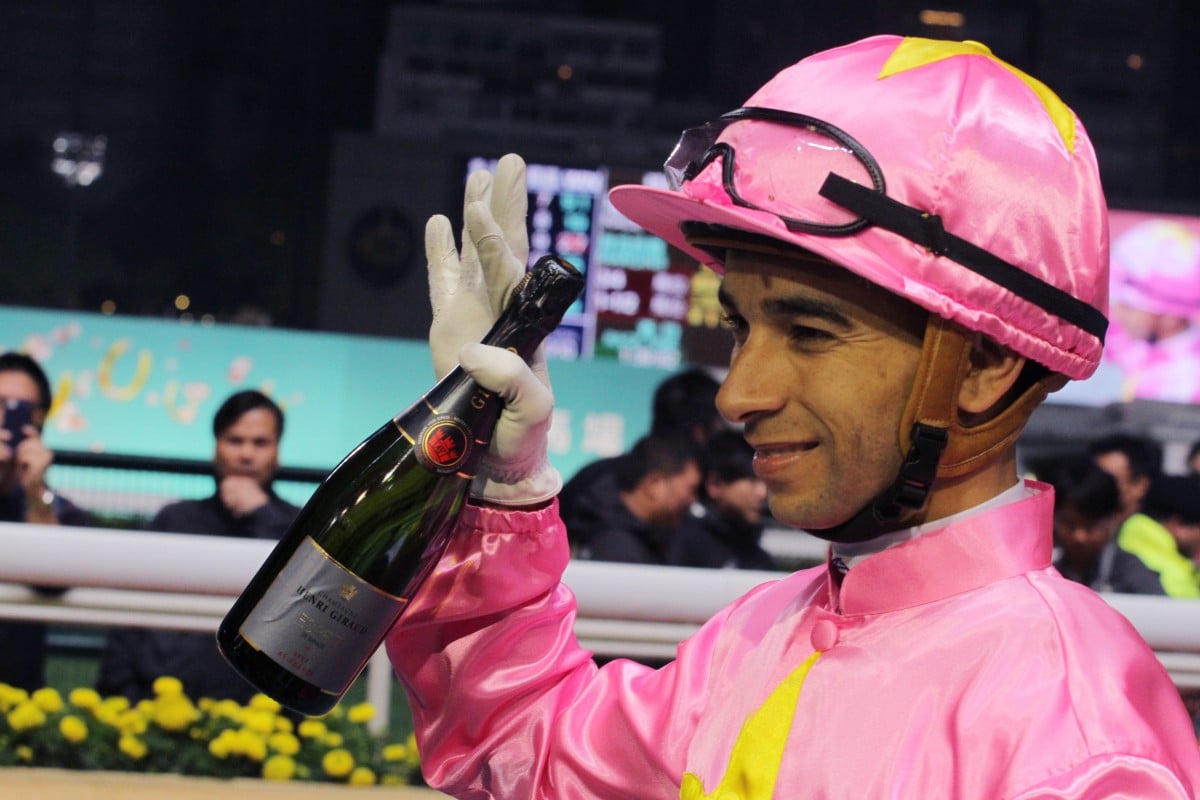 Joao Moreira is the man to follow in an incredibly tough Triple Trio at Sha Tin on Sunday as he backs up from a startling mid-week return from suspension with three well-drawn hopes.

The Brazilian dynamo won at his first ride back from a six meeting ban at Happy Valley on Wednesday and followed that with three more, and his winning run isn't likely to stop with another strong book of rides at the bigger track.

Moreira rides Star Of Wai Bo, Classy Victor and How Speedy, who have drawn three, three and four in wide open races, and the advantage at the starting gates combined with the Magic Man's sky high confidence lead all three to be thrown in as bankers.

Me Tsui Yu-sak's Star Of Wai Bo has won one from eight, his only victory coming at Happy Valley first-up over 1,200m three starts back and following that, he was a tough second on the dirt to Expedite after working across to a handy spot from gate 12.

Forget the four-year-old went around last time, he was stuck deep at Happy Valley from another bad draw and dropped out to finish second last. Back on the dirt with a better draw he is clear banker material.

When owners bought Hurry Hurry Up, a gorgeous type by Zabeel out of a Danehill mare, it's unlikely they were looking for an all-weather track specialist, but that's exactly what he is and he's made a reasonable living doing it. Hurry Hurry Up (Umberto Rispoli) has spent a considerable amount of time in Class Five, and he probably won't get out of Class Four, but he is sturdy enough from a good draw to be included.

Moreira's other two TT mounts come from the stable of Tony Millard, for whom he has ridden three winners at a healthy strike rate of 19 per cent.

In the middle leg Classy Victor makes his third racetrack appearance after an encouraging second when stepping up to the mile for the first time, and over the same course and distance he should make the necessary progression to go one better.

Throw in two from the bottom half of the weights, Full Of Fun (Keith Yeung Ming-lun) and Hey Cheers, for whom Tye Angland has got down to 120 pounds to ride from the inside gate. Kissmet (Zac Purton) would be first in if not for an horrendous draw, while Thanksgiving (Douglas Whyte) is always some sort of threat in this grade.

How Speedy is as in-form as horses with a zero from 12 record come - he has finished in the top four at his last 10 starts, having drawn nine or worse on seven of those occasions. Last start, when first-up and drawn three, How Speedy was three-quarters of a length second to Santa Fe Sun, who came out and ran a strong second to Glorious Sunday on International Day.

Back to the same 1,400m trip How Speedy looks top pick, but don't discount the chances of top weight Club Life (Angland) or Amazing Always (Rispoli), who is bouncing out of Class Five after winning two from three.

Other chances are Lucky Gains (Purton) and Kynam (Whyte).