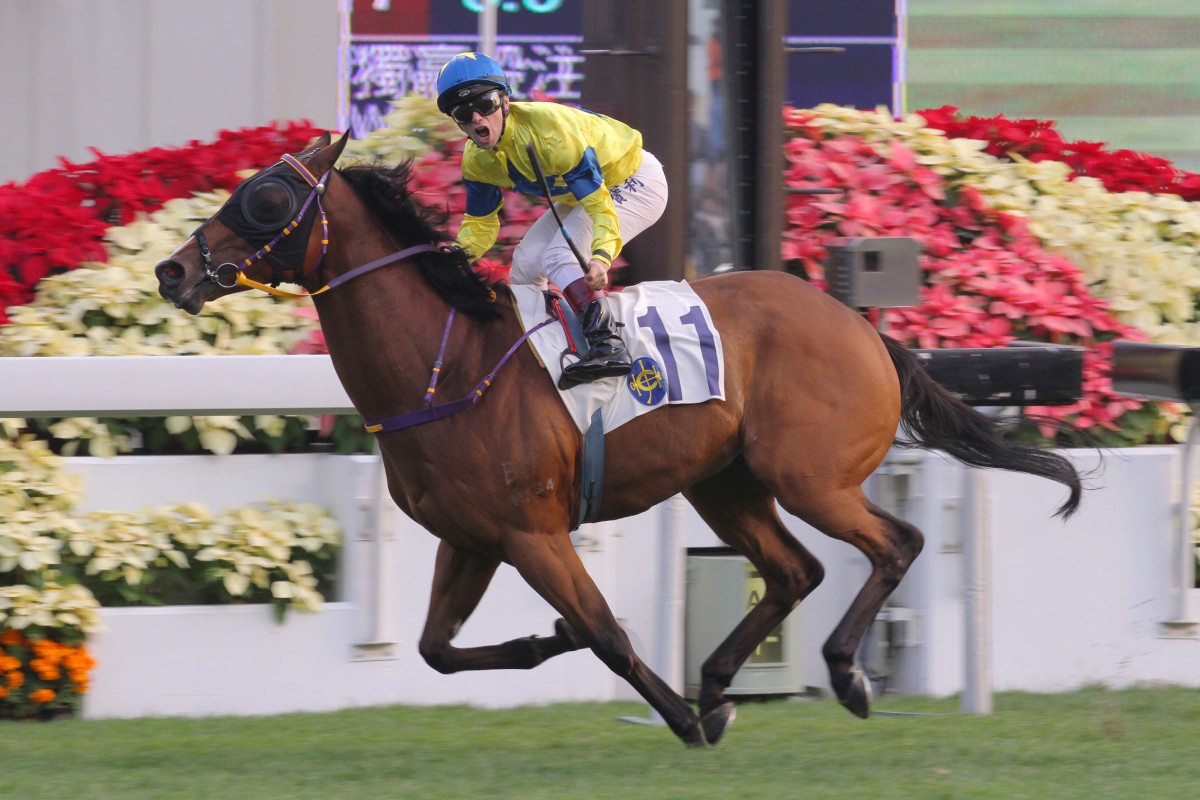 Yung had prepared four winners to date at Happy Valley, but it took until the 16th Sha Tin meeting of the season for him to break through at the bigger track. And not only did he record his first win, he made it a double in what was a red-letter day for the rookie.

His first victory came early in the day with Tai Po Fortune, who saluted in the Class Five over 1,400m at his seventh start - his third for Yung - under a vigorous rails ride from Tye Angland, and the trainer believes the son of Ishiguru can continue to improve.

"When he came to us he was still a bit immature and nervous, so I've tried to relax him," Yung said. "I think he needed time to acclimatise. Now he's won, I think he can handle Class Four, but we'll take time to get there."

The first-season trainer paid tribute to Angland, crediting his robust ride as fundamental to the win, while also noting the horse finally had a good barrier after drawing outside gates at his first two runs this term.

"Tye Angland's perfect for the horse, he needs that encouragement," he said. "Dropping to a good draw also helped, it allowed him to sit in the box seat, get a really nice trip and then take that rails run. In fact, everything was perfect for him today."

Angland agreed with Yung's assessment, although he believed the rail was the place to be.

"I thought he ran well first-up at Happy Valley from a wide draw," Angland said. "Then on the dirt last time he drew badly again and had to work a bit in the run, that told on him the last bit. Today I had an inside gate, which meant he got a better run, but the fence was the place to be as well and he was able to finish his race off."

It took Yung just five more races before he notched up his second Sha Tin win with Class Three speedster Precision King, who led for much of the race under Umberto Rispoli and managed to hold off the fast-finishing odds-on favourite Access Years (Joao Moreira) late.

Precision King had only raced once at Sha Tin previously, finishing a long last down the straight on debut, and he had struggled both times he had stepped beyond 1,000m.

"I expected him to run a good race but I didn't expect him to win," Yung said. "He did improve at trackwork though, he was more settled."

A crucial factor today was the removal of blinkers, which the horse had worn since his third start, and Yung gave strict instructions to Rispoli based on that important gear change.

"We took the blinkers off him and I told Umberto to use his natural speed to get across, but to slow them down approaching the turn - he did it perfectly," Yung said.

Rispoli believes Precision King's future might be at Sha Tin rather than Happy Valley.

"I think he is a much better horse at Sha Tin because of the way he corners," the Italian jockey said, also noting it was an easier win than it looked. "I only touched him with the whip twice and that was late, once I looked up on the big screen and could see Moreira was coming."