Super Jockey on track for the big time

Joao Moreira got his first feel of Tony Millard's progressive sprinter Super Jockey at Tuesday's trials and would have came away impressed - even if the five-year-old was a touch keen to get on with things. 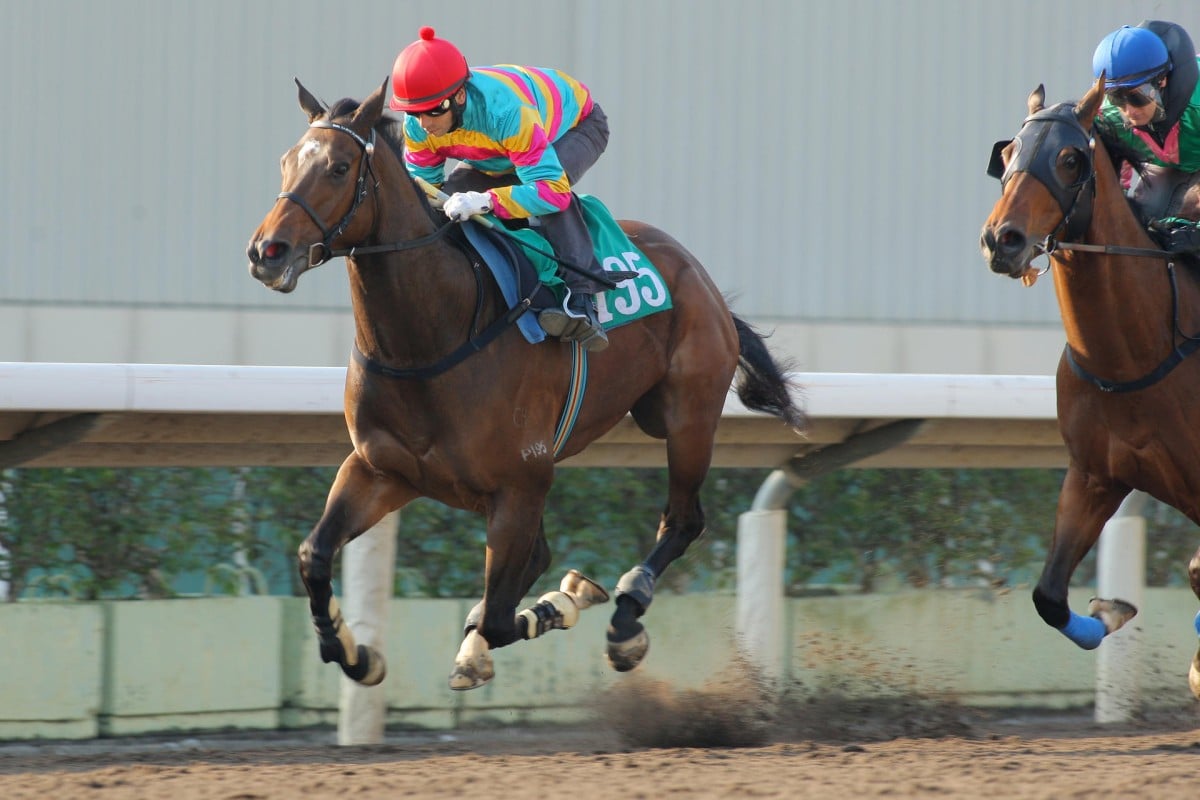 Joao Moreira got his first feel of Tony Millard's progressive sprinter Super Jockey at Tuesday's trials and would have came away impressed - even if the five-year-old was a touch keen to get on with things.

Millard has stuck to his pledge of bringing the big gelding along gradually, and having not raced since International Day, he sprung out of the gates with purpose in the 1,050m heat.

After bouncing Super Jockey out and soon finding the front, Moreira then had his hands full keeping the son of Sandtrap under wraps.

Despite being under obvious restraint, Super Jockey still strode out beautifully in the straight with ears pricked, winning the heat in a time of 1.01.7s - his last 400m in 22.4s. Clearly Super Jockey is ready to rumble - last Friday Turf Timers recorded Super Jockey galloping 21.2s for his last 400m on the all-weather track.

Since arriving from Almond Lee's yard, Super Jockey has won two from four and hasn't finished out of the first three for Millard. After the first of those wins - a 4-1/4 length Class Three romp - Millard declared: "He's got an action to die for, and when we first got him, I thought we really got our hands on something special."

Despite his big opinion of the horse, Millard is in no rush to get the horse to Group company and will work his way through the grades, aiming for a Class Two next start.

The first trial of the morning, over 1,200m on the all-weather track, was run in a slow time of 1.13.3s, but the first two across the line are worth watching.

Monte Castello (Douglas Whyte) won the heat and has now put in two strong trial efforts in the last two weeks, ahead of his first start for new trainer Richard Gibson.

The four-year-old last started at the end of October for previous handler John Size, disappointing for the second time in his two starts, but later scoping with blood in his trachea. Gibson replaced a nose-roll with a crossed noseband for Tuesday's trial and Monte Castello did everything right.

Dropping into the box seat and finishing off nicely late was the Size-trained and Ronald Arculli-owned three-year-old Flying Red (Tye Angland). Flying Red has been with Size since April, and has now had five trials and seems to be progressing well.