Purton confident of boilover with Dibayani 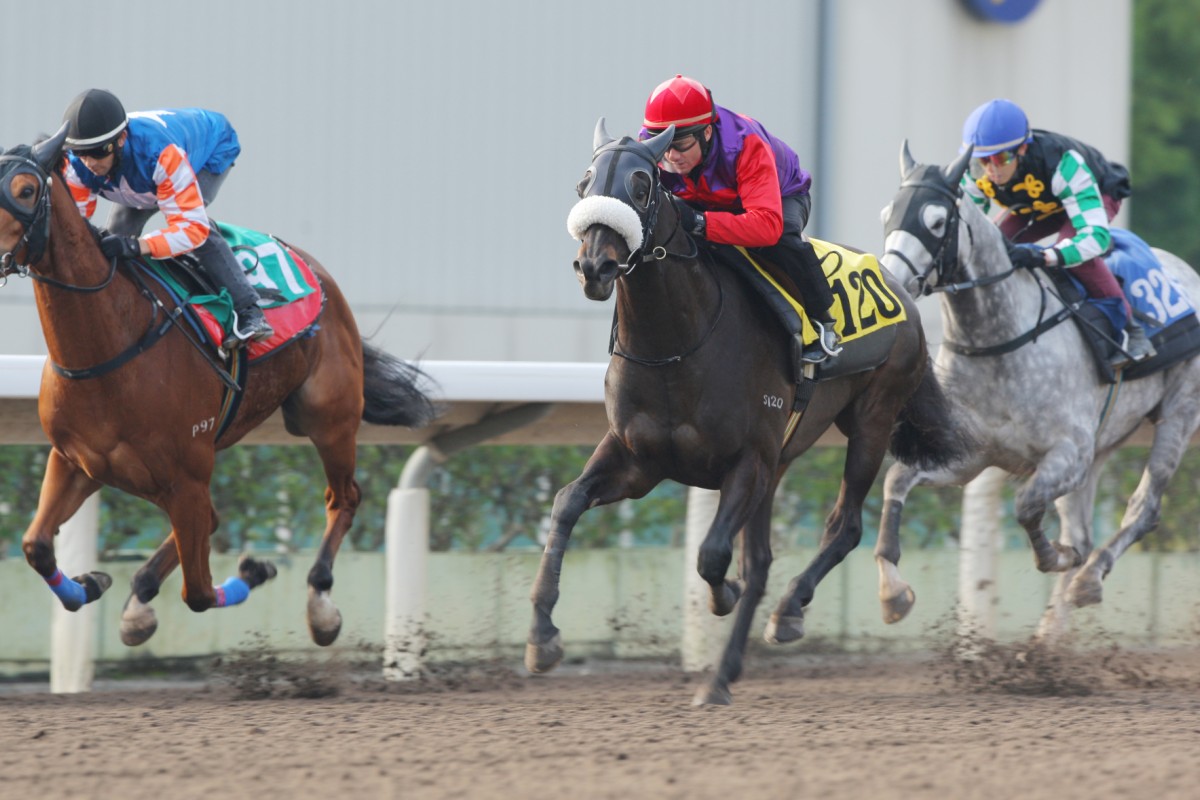 Dibayani, trained by Michael Chang Chun-wai, might seem up against it in a Group One Classic Mile where five of his 11 rivals are already rated in triple figures but jockey Zac Purton seems quietly confident of an upset at Sha Tin on Sunday.

"This is the best crop of four-year-olds since I've been here, and it's not just a one or two-horse race. There's quite a bit of depth to it," Purton said of the 2014 Hong Kong Derby class that includes John Moore's star quartet of Able Friend, Designs On Rome, Flagship Shine and Secret Sham.

"It's not going to be easy. I'm sure in 12 months we will see a few international Group One winners come out of this group. My horse is only rated 87, and is obviously a long way out of it in the ratings, but he hasn't had a chance to put any more points on the board since he has been here - he has got a chance."

My horse is only rated 87, and is obviously a long way out of it in the ratings, but he hasn't had a chance to put any more points on the board since he has been here - he has got a chance
Zac Purton

The Aga Khan-bred Dibayani was a consistent performer in Europe, never finishing outside the top four in seven starts and winning twice. He made a strong debut over 1,400m last month, hitting the line strongly despite Purton being trapped wide from an awkward draw. Chang was impressed at how quickly his import took to racing after arriving.

"I was happy with that first time out," he said. "Not many PPs [private purchases] can perform like that first time out, especially a horse from Europe. He has adapted to the Hong Kong environment and I've given him a good preparation for this race."

The popular local trainer has never made much of an impression in the four-year-old features, but has two contenders this season - skipping the first leg with 89-rated Tableaux, and instead charting a Derby path via a 1,800m Class Two on Sunday. "Tableaux is a Derby horse, that's our only aim with him," Chang said.

Dibayani capped his preparation with a strong gallop on the turf last Saturday, and whatever he does on Sunday should be improved on as the races increase with distance.

Purton believes it won't just be the extra distance that will help Dibayani, but the extra time for the horse to further acclimatise and mature.

"Mentally this horse will get better as well," he said. "When you get a horse from overseas here for the Derby you've got to push it a little bit and rush it as much as you can, and mentally it's not an ideal thing to do. But once he has been in the system for longer, he will handle things better."

While the four-year-old races in recent seasons have been run at farcical tempos, it appears Dibayani's run pattern will remain being held up in the rear half of the field for now.

"At this stage we're still trying to work it out a bit, but I would say that he is a horse that you don't want to do too much on early in a race at the moment because he can be a bit difficult to handle," Purton said.