Star of Bond - and opponents - to fight another day

Busy finishes are not normally the place to look for horses to follow up, but Star Of Bond's race at Sha Tin on Sunday was an exception. 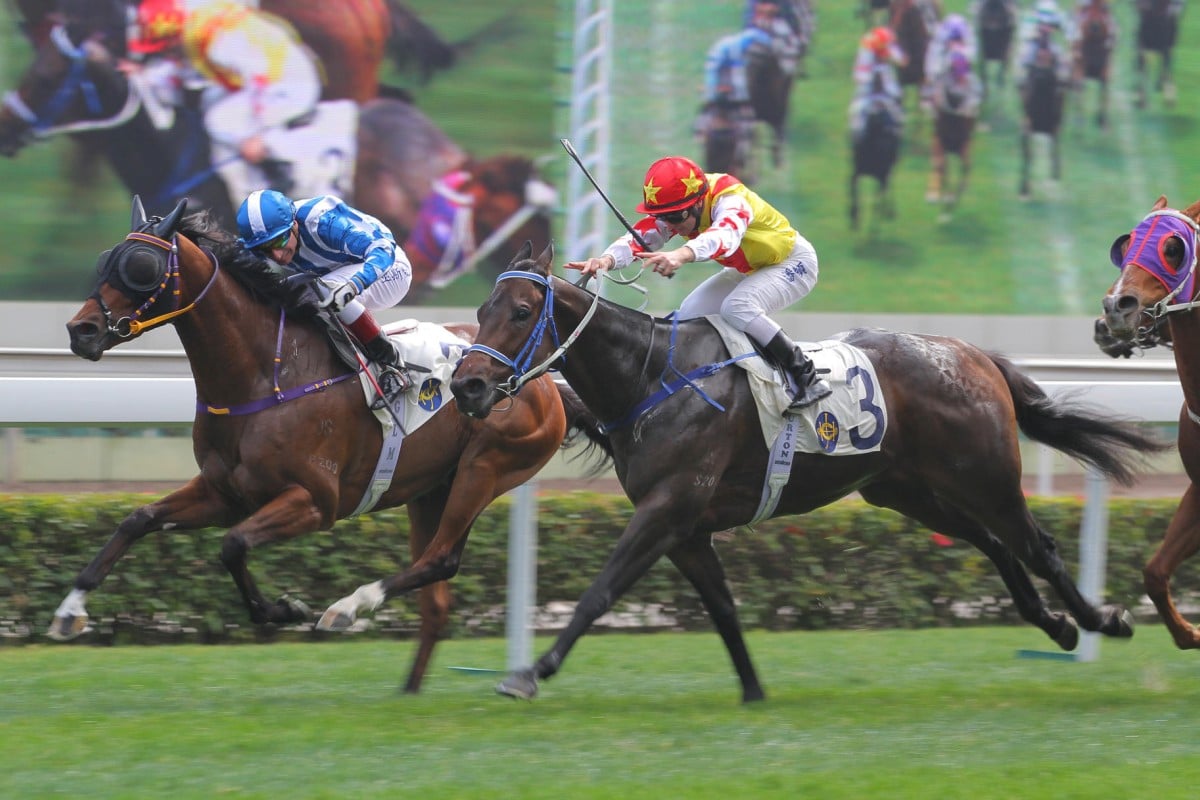 Busy finishes are not normally the place to look for horses to follow up, but Star Of Bond's race at Sha Tin on Sunday was an exception.

A race with only quite bunched margins between the horses usually indicates the contest was either not a strong test of their mettle, with the likelihood of a different result if the race was run again, or that the runners were closely matched with no standout performance.

But Star Of Bond's win by a short head over Supreme King looks a race where punters might follow the first five home with some profit.

Of the three 1,200m turf races on the day, Aerovelocity's Class Two win was the best on the clock, but he did also carry 10 pounds less than Star Of Bond in the Class Four.

More importantly, since Class Three is where Benno Yung Tin-pang's gelding will likely find himself next start, Star Of Bond put the win by Class Three stablemate Precision King well into the shade.

And the horses who followed Star Of Bond home - Supreme King, Naughty Baby, Graceful Kingdom and debutant Star Majestic - all performed like next start winners.

Despite his defeat, Supreme Kingdom improved on his debut second at Happy Valley, and Naughty Baby and Graceful Kingdom also improved on anything they had previously done.

Newcomer Star Majestic had every chance to make an impact on his racecourse debut and was unable to, but he was far from disappointing and has shaped up like a horse who will appreciate further than 1,200m.

Later in the card, it was hard to miss the debut effort at long odds by Ricky Yiu Poon-fai-trained Marvel Tribe. He was third to Santa Fe Sun, but should certainly have run second and may have beaten the winner except for being blocked for clear running most of the way down the straight.

A four-time winner on both turf and polytrack before his importation, Marvel Tribe had performed in workmanlike style at the trials and performed better in this race, albeit with favours from a low draw before the home turn, but everything suggests that he is on an upward path and definitely good for an early Class Three victory.