Do You Get It looks a coming dirt winner

John Size-trained Do You Get It looks like a dirt track winner waiting to happen after an impressive trial at Sha Tin on Tuesday. 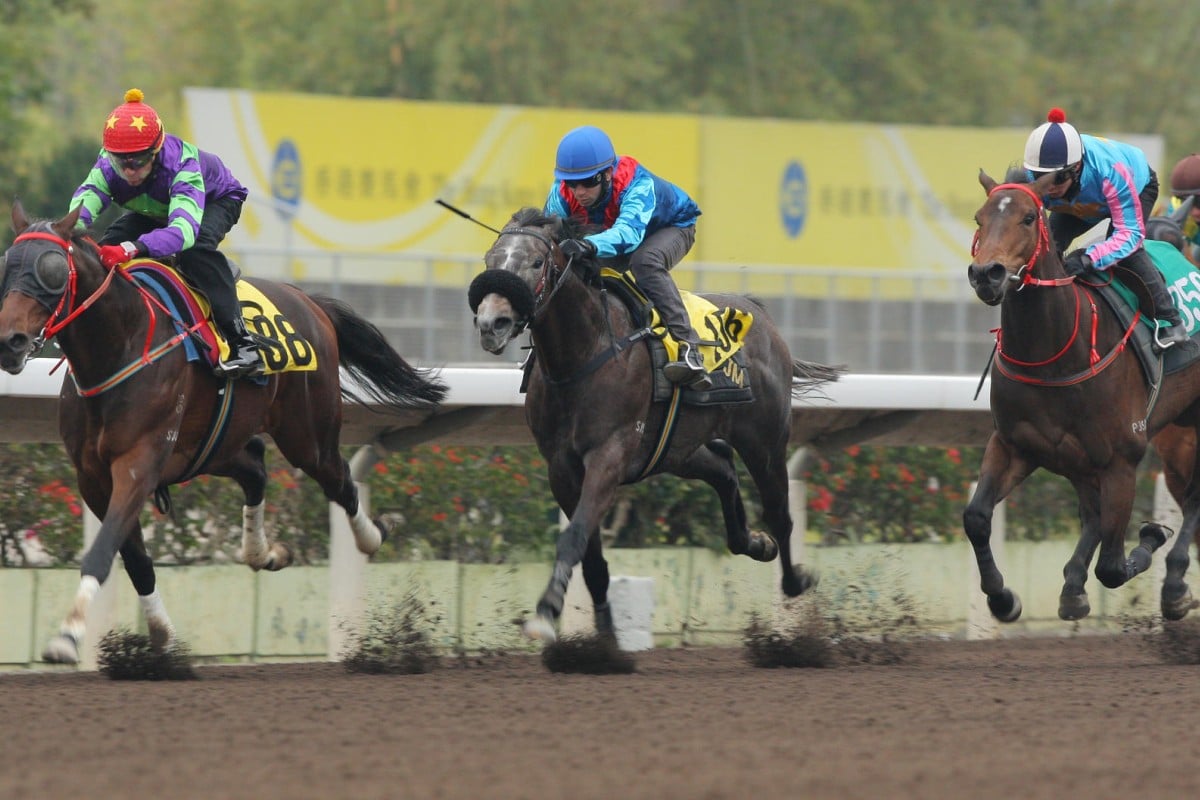 Douglas Whyte takes Do You Get It (inside) to the line in Tuesday's trial. Photo: Kenneth Chan

John Size-trained Do You Get It looks like a dirt track winner waiting to happen after an impressive trial at Sha Tin on Tuesday.

The three-year-old had already been given four trials by the patient trainer, following the three he had in New Zealand, and Douglas Whyte was clearly sent out with the job of ironing out a few chinks in the gelding's armour before his debut.

Do You Get It had been slow away in his last two trials, and Whyte made sure the youngster bounced on terms in the 1,200m trial before taking up the running. During the middle stages he had the unsettling influence on his outside of John Moore-trained Pablosky (Joao Moreira) - an Italian import who looks like he is coming to hand nicely - but Do You Get It managed to relax and not overrace, as he did a touch in his early trials for Size.

By Elusive City and out of a Snaadee mare, Do You Get It has an all-round dirt pedigree and it showed in the way he travelled comfortably on Sha Tin's inner circuit.

Do You Get It strode to the post nicely, Whyte ensuring he ran right through the line as he won the heat with some uncharacteristic hard riding, at least for a Size-trained runner in a trial.

The time of 1.10.99 was more than a second faster than the other 1,200m heat of the morning, won by Peter Ho Leung's Gaoling Lucky Star.