Lucky Nine might be vulnerable on a number of levels in the Chairman's Sprint Prize (1,200m) but if the five-time Group One winner produces his best it will require a next-level leap in performance by any of his rivals to get near him. 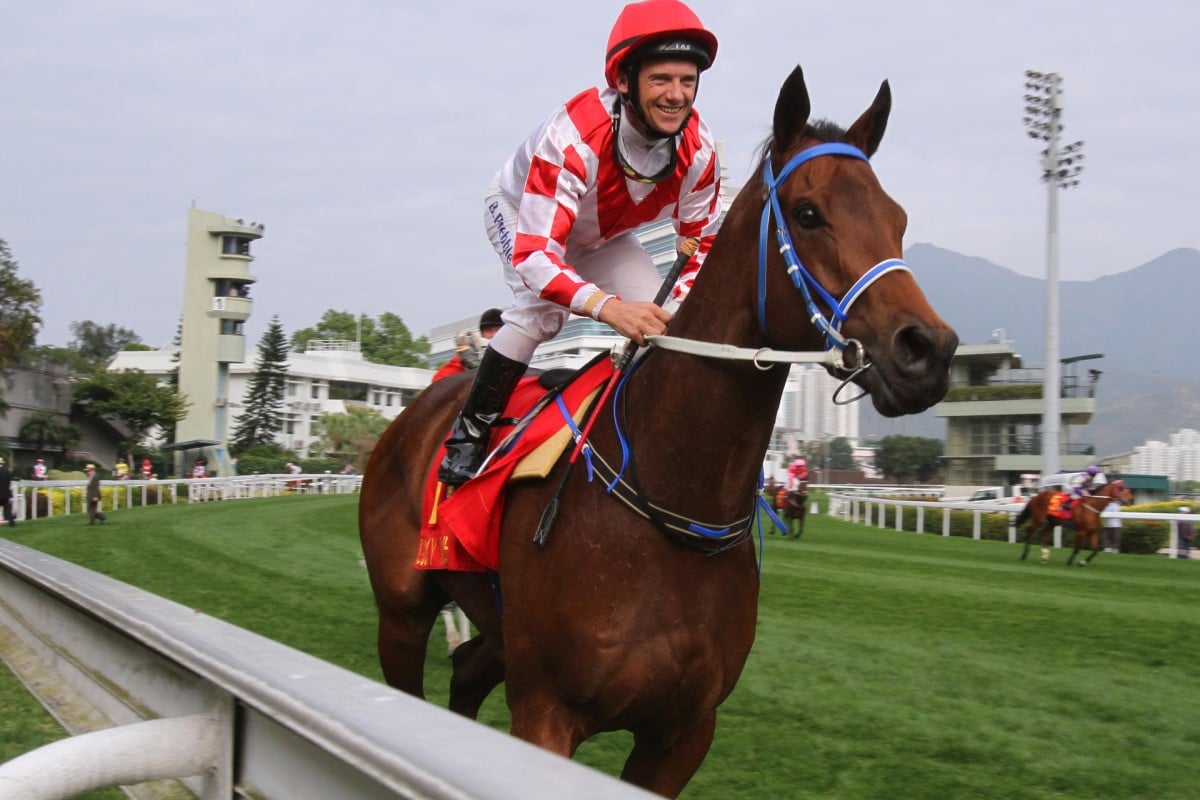 Lucky Nine (Brett Prebble) has been a grand warrior in Hong Kong, but he is yet to win this season. He gets his best opportunity in the Chairman's Sprint Prize. Photo: Kenneth Chan

Lucky Nine might be vulnerable on a number of levels in the Chairman's Sprint Prize (1,200m) but if the five-time Group One winner produces his best it will require a next-level leap in performance by any of his rivals to get near him.

Caspar Fownes' gutsy gelding is aiming to be the first back-to-back winner of the Group One since champion Silent Witness in 2004 and 2005. But at seven years of age and with 37 lifetime starts there are plenty of miles on the odometer, and perhaps some signs emerging that the son of Dubawi is past his peak.

Lucky Nine has also logged a few frequent flier miles on his many overseas forays and has never been a low maintenance horse - he has scaled the heights despite hoof problems, lameness and suffering bleeding attacks.

Fownes has freshened Lucky Nine (Brett Prebble) for this race and gone without the usual lead-up trial. His last run was more than two months ago in the Group One Hong Kong Sprint, where the quirky galloper's other great weakness reared its head, literally. Lucky Nine didn't just miss the start, as he has many times before, he jumped in the air as the gates opened and Prebble was forced to take evasive action to avoid hitting his head on the top of the machine.

Before that came an inexplicable failure in the VRC Sprint Classic at Flemington in November, but you don't have to go back too far to find efforts that, if equalled, would result in a win. Lucky Nine was beaten a whisker by Buffering in the Manikato Stakes after a long break in late October, and in May last year he romped in by three lengths in the Krisflyer International Sprint at Kranji.

A clean jump may hold even more weight than usual given what looks like a lack of pace, especially relative to the usual pressure of a 1,200m Group One at Sha Tin, meaning Prebble will want to be midfield at worst.

Just three of the 10 runners look likely to be ridden aggressively from their gates - Bullish Friend (Zac Purton) and Cerise Cherry (Matthew Chadwick) will try to find the fence from gates four and six, with Go Baby Go (Olivier Doleuze) slicing across from gate seven and blessed with the necessary dash to lead. All three could figure if things go wrong behind for the more fancied runners, or if they can at last settle on some sort of tactical truce and coast up front.

Best placed to take advantage of any ill-fortune for Lucky Nine, or perhaps a slow tempo, is clear second pick Sterling City (Joao Moreira) - one of four runners in the race for trainer John Moore. The five-year-old has always looked like a 1,400m horse, and comes back from an impressive Group Three win in the Chinese Club Challenge Cup at the trip, but he still has some zip at both ends of a race.

From gate three he maps to get a similar one-out, one-back trail handy to the leading group. Sterling City got too far back when fifth on international day, but before that was second against a similar field - sans Lucky Nine - in the Group Two Jockey Club Sprint.

Sterling City's stablemate Charles The Great (Douglas Whyte) beat him at level weights that day and he also warrants some consideration. He meets Sterling City two pounds better off for a one and three-quarter length defeat in the Chinese Club Challenge Cup, where he was forced back from a wide draw and worked home late.

In between was the 1,000m first leg of the Speed Series, the Centenary Sprint Cup, in which track bias and a dominant effort by the winner Amber Sky make it difficult to assess any of the six runners who ran that day.

A factor also unquantifiable, but without doubt, is Lucky Nine's tenacity in a tight contest - the sort of toughness his combatants here are yet to show on raceday.