He faces a star on a rapid rise through the ranks, but with a drop back to the straight course, the more seasoned Go Baby Go can make it back-to-back wins in the Bauhinia Sprint Trophy (1,000m) today at Sha Tin. 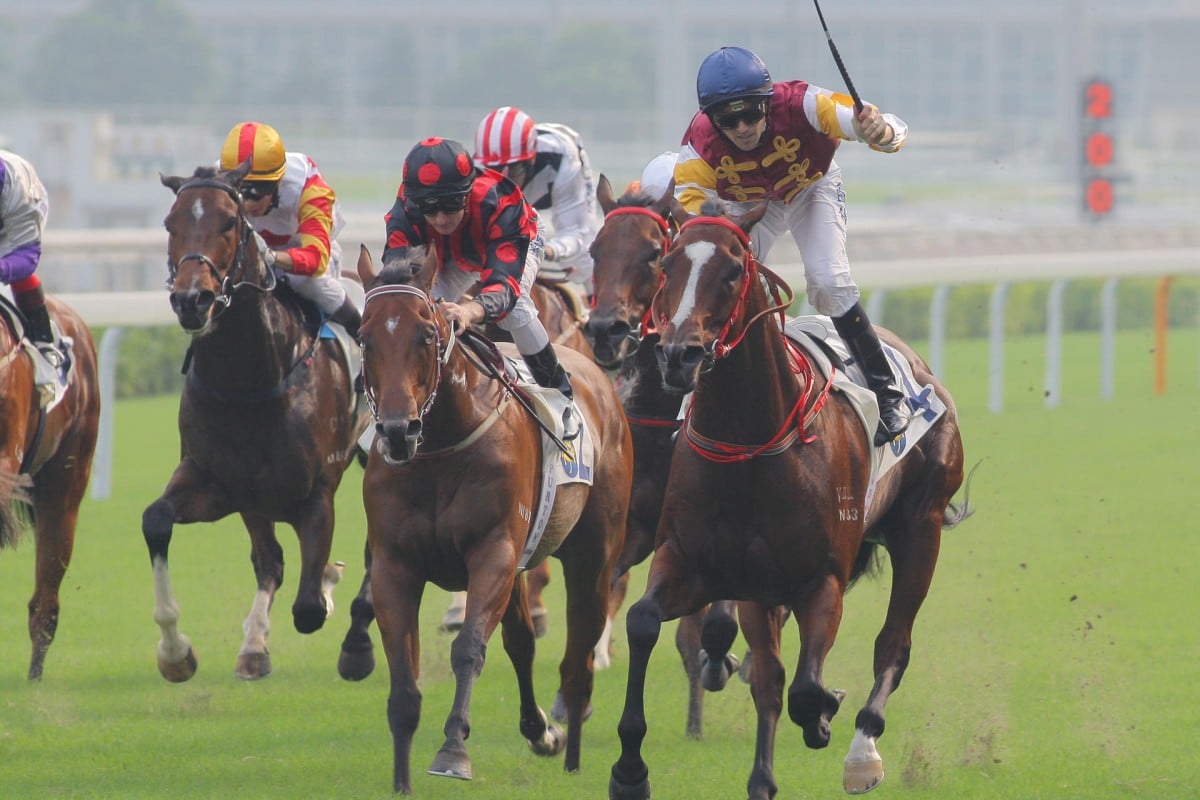 He faces a star on a rapid rise through the ranks, but with a drop back to the straight course, the more seasoned Go Baby Go can make it back-to-back wins in the Bauhinia Sprint Trophy (1,000m) today at Sha Tin.

Me Tsui Yu-sak-trained speedball Divine Ten (Douglas Whyte) will have his supporters - he has won four of five, all this season, all over today's course and distance - to jump from a new horse's mark of 52 up to 97. Whyte will claim two pounds over the allotted 115 pounds, and he will get a massive 18 pounds from Go Baby Go - but a race of this quality is uncharted territory for the sometimes fizzy son of Holy Roman Emperor.

So while this is an acid test for Divine Ten, Go Baby Go (Tye Angland) is the more solid selection. He's been there and done that, and can emulate 2012 winner Little Bridge and haul top weight of 133 pounds to victory and become the first repeat winner of the race since Silent Witness in 2004 and 2005.

All seven of Go Baby Go's wins have come in races up the tricky Sha Tin straight - the 1,000m is a real specialist course - but of late the limited options for high-rated horses has meant Dennis Yip Chor-hong has pushed his sprinter out of his comfort zone. 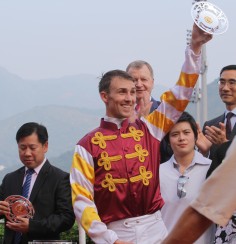 Since a solid win carrying 124 pounds in the Sha Tin Sprint Trophy early this term, Go Baby Go was understandably stretched to 1,200m where bad draws ruined his chances in the Jockey Club Sprint and Hong Kong Sprint after he had to work hard early in both races.

Back at 1,000m in the Kent & Curwen Centenary Sprint Cup, Go Baby Go faced a rampant Amber Sky. Angland's tactics of trying to pressure and unsettle Amber Sky that day - which seemed a smart enough ploy at the time - appeared to backfire as Go Baby Go weakened to finish eighth. Amber Sky has since confirmed his world-class quality with a win in the Al Quoz Sprint in Dubai.

Another Group One attempt at 1,200m in the second leg of the speed series - the Chairman's Sprint Prize - saw the six-year-old again shoved into a prominent spot and succumb to the pressure, his stamina giving out as he finished 10th.

You can't talk about straight racing at Sha Tin without mentioning the pronounced bias to horses racing against the grandstand rail and Divine Ten is advantaged there by drawing six of eight, with Go Baby Go to jump from gate four. But the fact there are just eight runners negates some of the issues - Angland should be able to scythe across in a similar manner to when he won from gate one against a nine-horse field in October. It could come down to Go Baby Go and Divine Ten sitting side by side and gunning it out - there doesn't seem like another horse that will get close to them.

There's not much wrong with Divine Ten's efforts so far - his only defeat came when he was inconvenienced in the run, and he has done it on the clock.

Of the others, Straight Gold (Gerald Mosse) seems to get in well at the weights and comes back to his best trip, and while Golden Harvest (Karis Teetan) might not have the pace to stay with them early, he could be rattling home late along the outside fence.