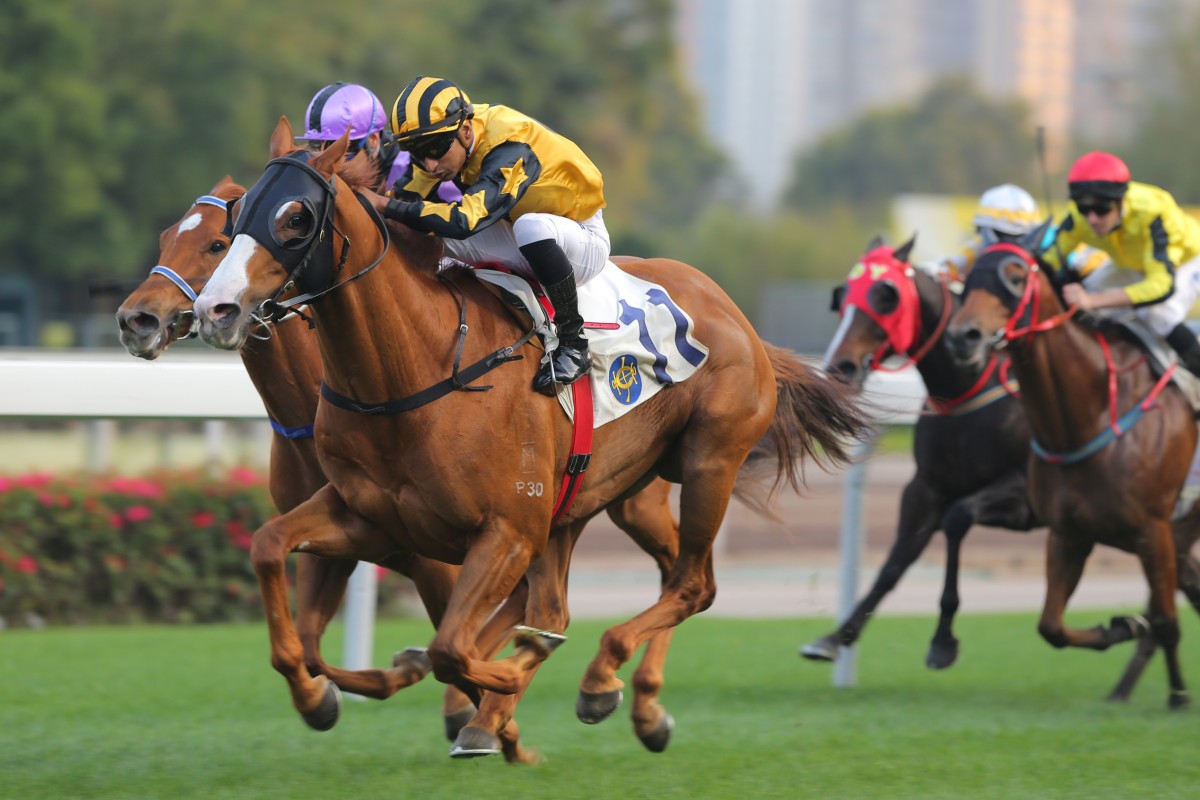 A massive betting move did not bear fruit for Caspar Fownes-trained plunge horse Formula Won last start but with some better luck he can break his local maiden and act as banker in the final leg of the Triple Trio tomorrow at Happy Valley.

Formula Won was backed in from more than $7 to start $3.3 favourite last start just over two weeks ago at Sha Tin, and the sensational betting move would have landed had he gained clear running earlier in the straight.

Vincent Ho Chak-yiu did not get a split on the five-year-old until the final 200m of the 1,400m race, flashing home to be beaten a neck in third behind Divine Diya.

After a season of acclimatising last term, Formula Won looks settled and found the form that saw him win three races in England.

In 2013-14 to date, he has not run a bad race, missing a top four finish just once - and even then he was finding the line well for seventh at Sha Tin two starts back, beaten just one and three quarter lengths over a distance, 1,200m, that now looks too short for him.

Zac Purton gets back on and the horse comes back to Happy Valley, where he is arguably better suited - and to what looks his best distance, 1,650m. Included in the gelding's seasonal record are two consecutive runners-up over the extended mile when jumping from wide gates each time. 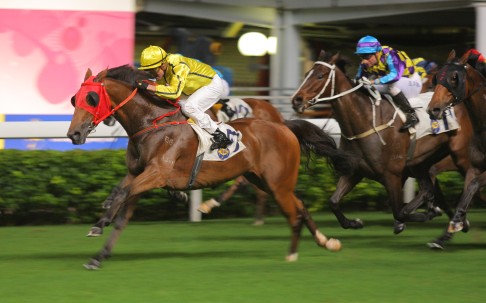 The three times Formula Won has run second this season, and the horse that has beaten him home on each occasion - Regency Champion, Majestic Anthem and First Sight Love respectively - has gone on to win its next start.

Admittedly Formula Won faces an above average Class Three field, including some in-form runners it is impossible to ignore, but his consistency cannot be overlooked - as is the flashing light he had on him last time out.

The opening leg is a special conditions Class Four handicap over 1,650m for horses that have yet to win a race this season and, by definition, it includes a few out-of-sorts types freefalling through the grades.

There are also some runners who have been knocking on the door and might just have found the right race, including Rising Power (Ben So Tik-hung) - for whom gate one should see him start close to favourite.

He is banker, but consider Navel Orange (Moreira) and Mazandaran (Whyte) as top picks as well. Fighting Boy (Prebble) and Thanksgiving (Neil Callan) are options, while Fortune Bravo (Dicky Lui Cheuk-yin) has a tough assignment from his wide draw, but is down to a competitive mark.

In the middle leg take Owners' Glory (Whyte) as banker - the step up to 1,800m suits - along with Spicy Siam (Andreas Suborics), Flying In (Olivier Doleuze) and Robust Momentum (Purton).