More than three years since trainer initially had the gelding, he makes his first run back at the yard a winning one in first leg of a double 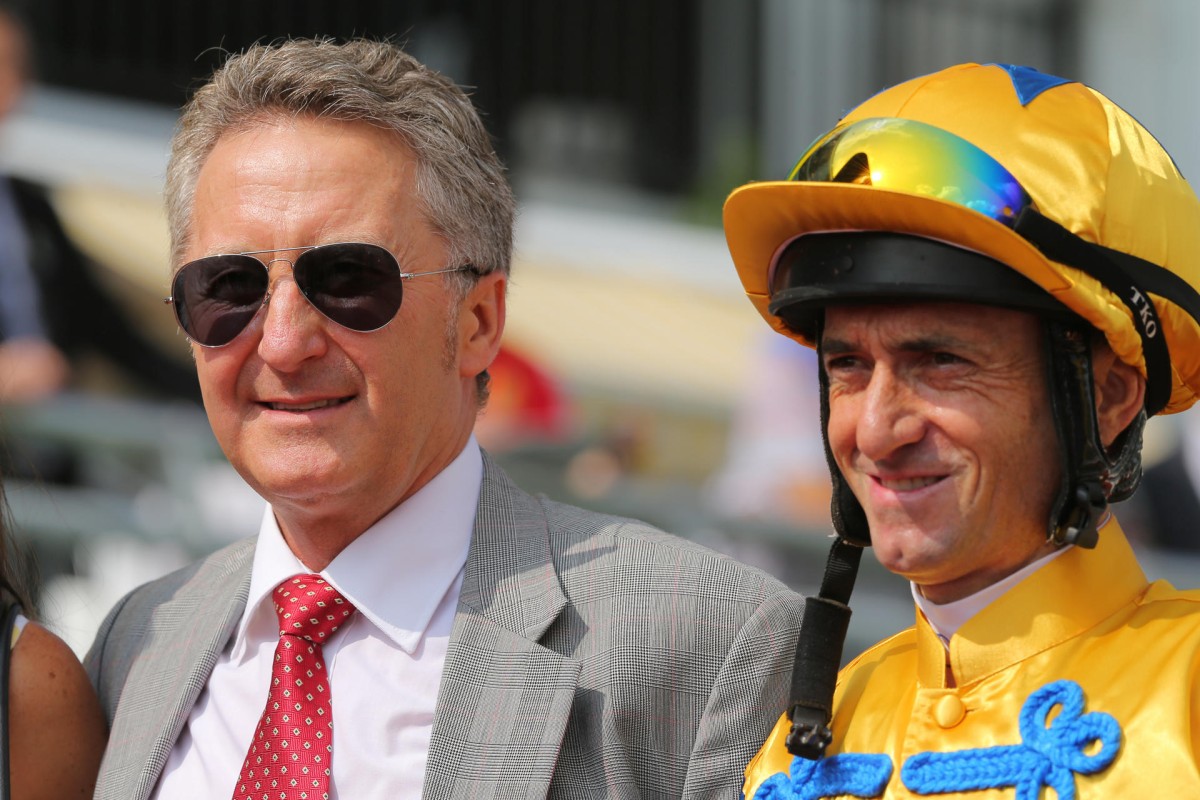 In the topsy-turvy world of Hong Kong horse training, David Ferraris' win with Wrath Of Fire provided one more example of how the wheels never stop turning.

Maybe I've missed his best years, he's a seven-year-old now, but it is still very satisfying to be able to win with him today
David Ferraris

Go back to early 2011 and Wrath Of Fire was a staying-bred New Zealand private purchase with four minor placings from as many starts as a juvenile. It was clear to all and sundry that Wrath Of Fire had a future but was going to need maturity and distance to show it.

The gelding was never a factor in five runs for Ferraris as a late three-year-old, then suffered an injury in the last of them. By the time he was passed to race again five months later, Wrath Of Fire had gone to a new home with Derek Cruz and then spent three productive seasons there, reaching the heights of being selected to run in the 2013 Queen Elizabeth II Cup. 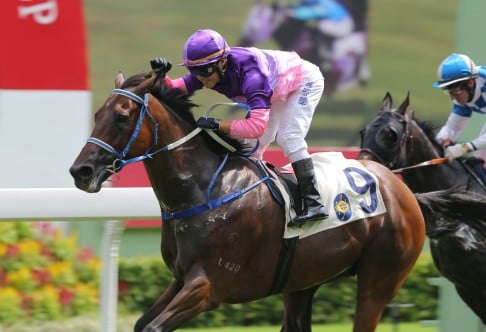 Yesterday's win was Wrath Of Fire's first run back with Ferraris and he made it a winning one under Keith Yeung Ming-lun, in a moment of great satisfaction for the trainer.

"He's come back to me after all that time and he's got a few little aches and pains of age, a sore back, a lot of heel pressure. Maybe I've missed his best years, he's a seven-year-old now, but it is still very satisfying to be able to win with him today," said Ferraris, who completed a race-to-race double when Plain Blue Banner (Douglas Whyte) won the Class Five, although it wasn't all plain sailing for the gelding.

He's run good sectionals with the weight and he's flying. I think he'll hold his own going up a grade
Douglas Whyte, on Plain Blue Banner

Plain Blue Banner showed some ability in Class Four without winning last season but his efforts were hampered by bad luck with barrier draws and often with even worse outcomes when he did pull a good barrier.

He suffered serious interference from one inside draw then had a good gate at Happy Valley one night last May when he broke through the front of the gates, got away and did several laps of the track evading the handlers before being withdrawn.

"And just for a second or two I thought his bad luck from low draws was going to hold up," said Whyte. "He nearly ended up in trouble again and would have been unlucky if he didn't get there in the last stride.

"I was in a great spot back on the rail but the stop-start pace was against him and I had to push my way clear from the 600m. He's run good sectionals with the weight and he's flying. I think he'll hold his own going up a grade." 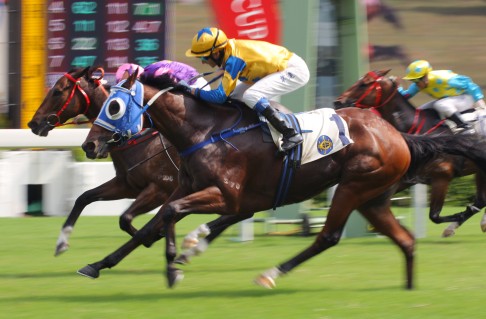 Ferraris said Plain Blue Banner was mentally a more complete horse this preparation but he too is confident about Class Four.

"He just didn't have it quite together last year but was still placed in Class Four and he's a better horse now," Ferraris said. "He won't go up much in the ratings for a narrow win like that."

It was the first double for the yard since January this year, when Ferraris had also scored a race-to-race winning double.