Reigning champion scored his first five-timer at Sha Tin on Sunday, and he will hope to transfer his good run to Happy Valley in the opening leg 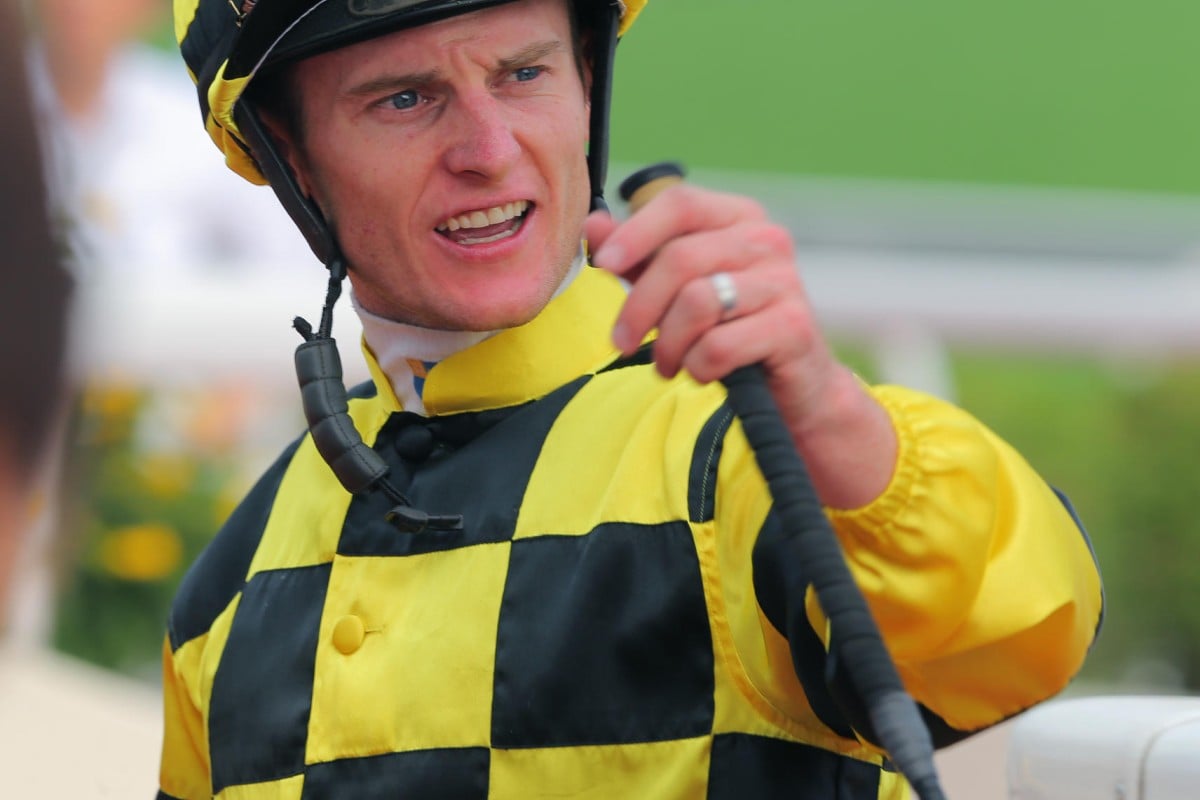 Fresh off a career best performance last Sunday at Sha Tin, jockey Zac Purton returns to Happy Valley and finds a horse who should enjoy a switch to the smaller track and a lower draw in Dual Happy.

Three days after riding five winners, including two feature victories, Purton gets a better draw in the opening leg of the Triple Trio with a horse who has been close to saluting twice this season.

Manfred Man Ka-leung's six-year-old has only won once since he was imported and that was at the Valley. After an off-season drop of three points, Dual Happy has placed twice over the mile at Sha Tin - both times with excuses.

First-up he was stuck wide and fought gamely to finish second to Terrific Master, before drawing the widest gate, surrendering to a worse than midfield position and running home behind progressive pair Top Act and Grand Harbour.

This time Purton gets gate three, and despite being on the tight turning "C" course, it is a race that should favour, tempo wise, a horse that is trying to run home from the back half of the field.

Dual Happy's only other win came fresh over 1,650m early last season. After jumping seven points, he was, for the most part, overmatched in Class Three and it was only late in the term when he finally dropped back in grade.

Tellingly, Dual Happy's best effort up in grade was a fourth over tomorrow night's course and distance of 1,800m.

Unlike many contests over this trip, which can be muddling affairs, this looks an event with genuine speed with plenty vying for forward positions in the long run to the first turn.

The leader stacking them up down the back is usually the trap, though, but the beauty of the low draw means that Purton can keep his bases covered and survey the scene from a midfield position - not too far back or forward will be the key here.

Purton pairs with another Valley specialist in the making in the final leg, a Class Three over 1,650m, with Caspar Fownes-trained Starting Over on a 10-day back-up after finishing second behind Regency King.

Beauty King (Matthew Chadwick) could be his biggest danger, the last-start winner gets a good draw after a tough dead-heat victory last start at Sha Tin, and is another runner appearing to be better suited at the city circuit.

It is slim pickings after the top two, but gate one should bring last-start dirt winner Lucky Hammer (Mosse) into play, and despite appearing out of form, Step High (Yeung) has a tremendous record over the course and distance, having won four from eight.

The TT carries a HK$9 million-plus jackpot, but to get it the 1,200m Class Three middle leg stands in the way of players hoping to get a piece of the prize.

Take a punt on Smart Ball (Ng) as banker - he was heavily backed last time out, and should be better suited with a switch back to Happy Valley, a drop in distance and application of sheep skin cheek pieces. He could take some running down.

Stalking him in the run will be two low-drawn hopes that have to go in and are also banker options - Oriental Prosper (Moreira) and Grand Plus (Karis Teetan). Also, take a lead from Purton and include Metallic Star first up from a good draw.