Nothing Smart, but Union can progress

Horses of real promise were largely absent from the Happy Valley meeting on Wednesday night so the black book is looking more towards the unlucky and Smart Union qualified. 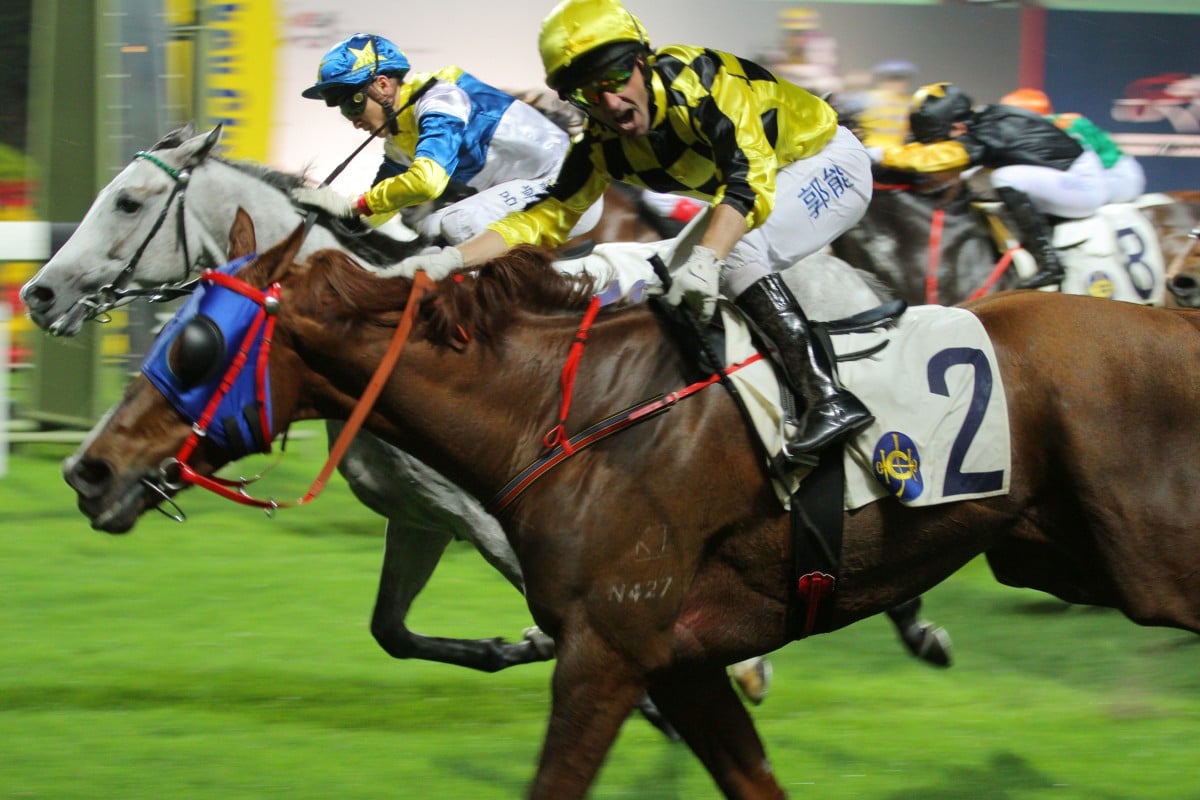 Horses of real promise were largely absent from the Happy Valley meeting on Wednesday night so the black book is looking more towards the unlucky and Smart Union qualified.

A Hong Kong maiden after nine prior starts, Smart Union has not had the best of luck in quite a few of those races and often has not helped himself due to his racing manners.

The engagement of apprentice Dicky Lui Cheuk-yin raised some eyebrows as the grey has been a handful for some senior riders, but the young rider managed to get the gelding to travel quite well for him.

What he did not manage to do was find a spot nearer the rail than three wide outside the leaders for the entire race and it was a position that ended up making the race for Neil Callan on the winner, Dual Happy.

Callan was able to pop out of his two wide position at the right moment and let Smart Union bring him into the straight, then come to the grey's outside and be just too good in the run to the line to win by a neck.

The 19-pound weight difference between them was not enough to make up for the combination of Dual Happy's greater talent and his easier run through the race, but Smart Union's effort was a pointer to him breaking through in the near future.

It might be worth staying on the trail of the winner, too, as Dual Happy has been more straightforward this season and travelled better through his races than he did last term.

Both of his wins have come in Class Four at Happy Valley, but both of them indicated enough ability to be very competitive in the next grade up where he will get a drop in weight.

A race earlier, Great Toplight showed why he had been well-backed at his first two starts when he should have finished closer behind Mighty Equus.

The Caspar Fownes-trained gelding was not wanted in betting this time, but appreciated a quiet ride and found the line well up the rail before getting on heels nearing the line. His style and breeding suggest he will be better at Sha Tin and probably over a bit further than 1,200m.