Able Friend cemented his position as Hong Kong’s best horse and the world crown may be in his sights after a simply awesome display in the HK23 million Longines Hong Kong Mile on Sunday. 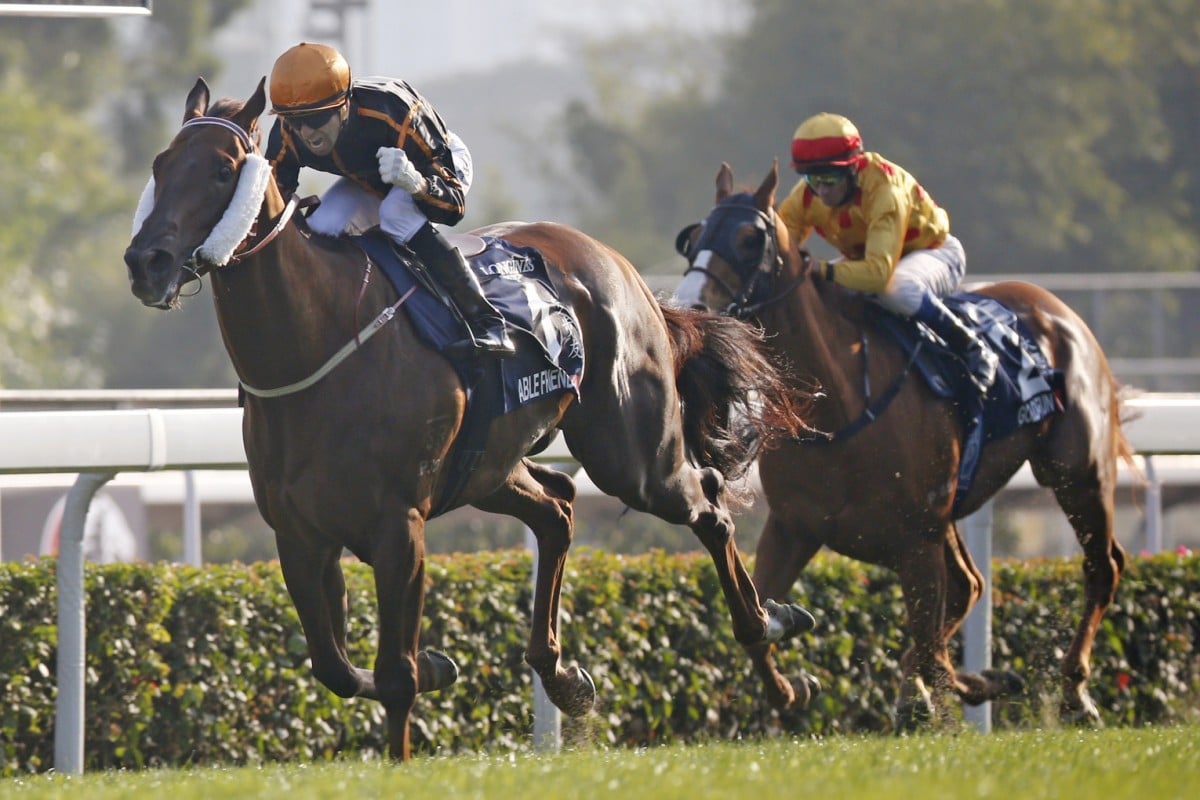 Able Friend cemented his position as Hong Kong’s best horse and the world crown may be in his sights after a simply awesome display in the HK23 million Longines Hong Kong Mile on Sunday.

Superlatives were bandied about all over Sha Tin after the giant John Moore-trained chestnut came from near the tail of the field and showed his rivals a clear pair of heels.

That turn of foot is something special and when I pulled the whip, I just went, ‘Wow!’
Joao Moreira

In a race in which little speed was anticipated, the first surprise was Douglas Whyte taking Gold-Fun out to lead at a solid tempo, playing into the favourite’s hands.

And while it looked for a split second as though the tactical surprise had paid off, with Able Friend (Joao Moreira) still six lengths off the lead and trapped on the inside entering the straight, the favourite quickly put it beyond doubt as he made up ground in almost arrogant style.

At the line, Able Friend had four-and-a-quarter lengths to spare over a gallant Gold-Fun with Japan’s Grand Prix Boss (Yasunari Iwata) ending his career with a terrific third. 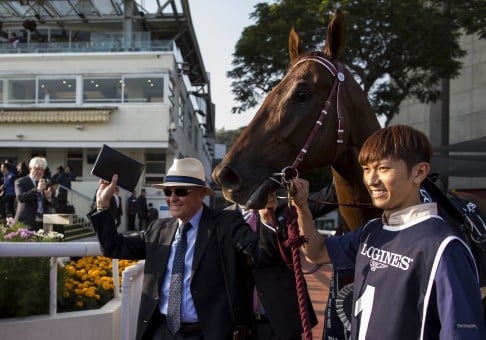 Moreira had no hesitation labelling Able Friend “the best horse I’ve ridden” after his stirring success.

“What a horse,” he said. “I think it’s fair to say he’s the best, that turn of foot is something special and when I pulled the whip, I just went, ‘Wow!’

“He gives me the greatest feeling and I was so happy that he won like that today.” 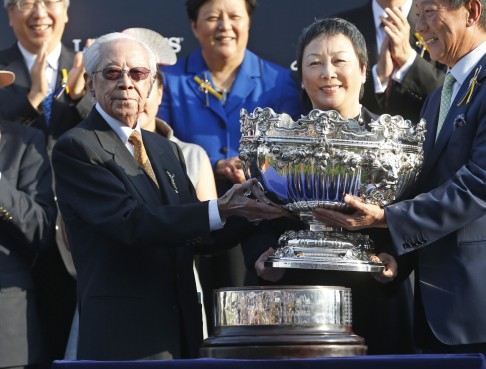 “My son George bought this horse from Australia in 2011 and so it has been a family operation throughout,” he said.

“He’s a very special horse to us and to the staff and for him to come out and produce a facile win like that, it is extraordinary.”

And Moore hopes the world gets the chance to see Able Friend on the international stage, but first has to convince owner Dr Cornel Li Fook-kwan.

“The Stewards’ Cup next month will be his next target, but after that I’d love to take him to the Dubai Duty Free,” he said.

“It might take me a very long lunch and a few bottles of wine to convince him though!”

Able Friend is unlikely to top this year’s Dubai Duty Free winner Just A Way in the 2014 World Best Racehorse Rankings, but the Dubai race may see a world championship clash of sorts between the best that Hong Kong and Japan has to offer. 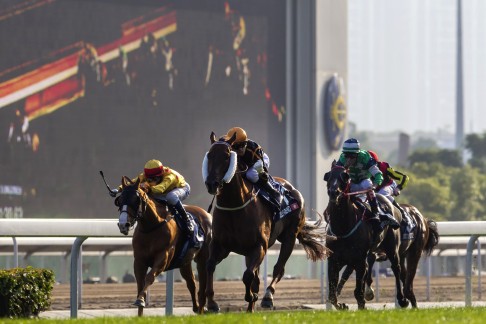