Purton racks up a four-timer for title boost 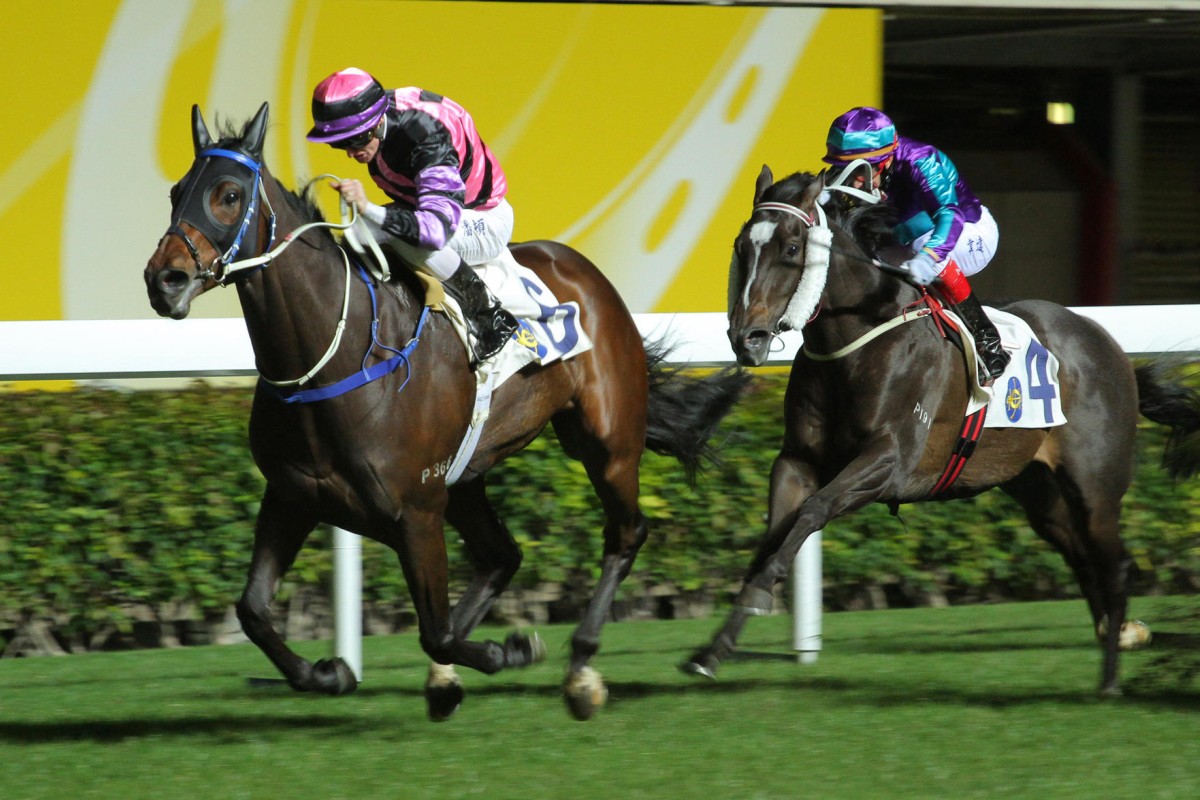 Zac Purton drives Domineer over the line to win the Happy Valley Trophy and complete his four-timer on the night. Photos: Kenneth Chan

Zac Purton put on a riding clinic with a four-timer at Happy Valley on Wednesday night that gave his jockeys' championship hopes a boost at a critical juncture of the season and delivered a feature win to rising sprint star Domineer.

After opening the night with a Class Five win on No Ties, Purton pulled off a perfectly judged mid-race move to pinch a staying race on Backbench Blues and then racked up a running double on Caspar Fownes-trained pair Disciples Twelve and Domineer, who took another step towards the big time with a win in the Happy Valley Trophy.

Domineer's impressive win as favourite in the Class One sprint will take his rating to 110 or above and see him stepping into Group races soon, but the victory also took Purton to within 11 of runaway jockeys' championship leader Joao Moreira. 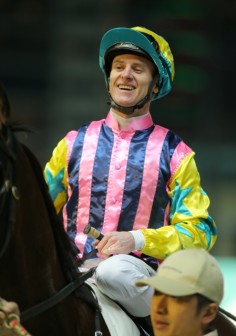 Moreira won on All Times Lucky earlier in the evening to move to 45 for the term, but had to fight for it in the inquiry room after alleged interference in the straight, and the Brazilian starts a three-meeting suspension starting Saturday.

That leaves Purton two meetings with his arch-rival away, both at Sha Tin, before he begins a six-meeting stretch. One third of the season will be gone after Saturday's Sha Tin fixture.

"It is disappointing to be spending so much time on the sidelines, so I have to keep kicking goals while I am out there riding," Purton said.

"I don't get the big plus this time when Joao is out because it is only two meetings and my rides were already booked for this Saturday, so I don't get the full benefit, but I'll still be trying to make the most of it."

Purton was happy to take a sit in behind the speed from gate one on Domineer, who has won three from four this season.

"He relaxed beautifully - Caspar has really got him going great," Purton said.

"But he will be taking on the big guns now."

Fownes' had maintained all throughout last season that Domineer would improve, but he is setting new targets for the rising five-year-old after last night's win.

"He has always been exciting and he keeps improving with each race," Fownes said from Bali, where he is holidaying with family. "I always thought he would be a 110-rated horse, but he is already there now - so now maybe he can take the next step. It wouldn't surprise me if he was in the international races next year.

Backbench Blues gave Benno Yung Tin-pang his first win as a trainer last year, and dropping back into Class Four, Purton took off down the back straight when the led pace slowed to a crawl, then held on in front on a track that seemed to favour leaders. 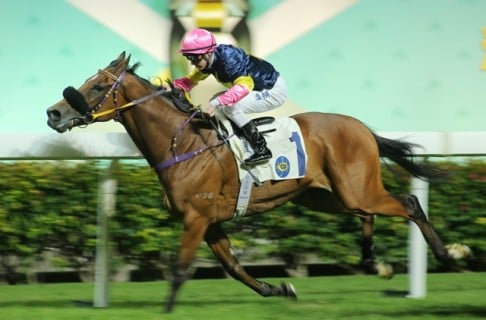 "I got around them for free," Purton said. "The horse was in good shape though. I couldn't believe it was him when I rode him in trackwork during the week."

While Purton's timing on Backbench Blues was spot on, it was a case of one-upmanship by fellow Australian rider Brett Prebble when he replicated the tactic to devastating effect on Almond Lee-trained Happy Rocky in the following event. 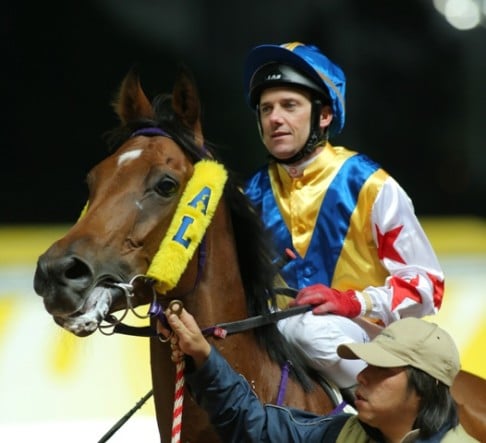 "What a ride, Brett has won races like that for me before," said Lee, who was playing down his horse's chances of qualifying for next year's Hong Kong Derby following a second straight win. "That was only Class Four and he has won off 52 - he would still need 25 points at least, three big wins to get him there, I am not even thinking about it."

Me Tsui Yu-sak kept his solid start to the season going when Mister Marc (Karis Teetan) won for the first time in 24 local starts - although the trainer wasn't prepared to take a guess at when the horse might win again, or even over what distance.

"To be honest I don't know what his best distance is, I just know he isn't very good," Tsui said. "It helped he had something to chase I think, rather than trying to hang on and getting caught late."