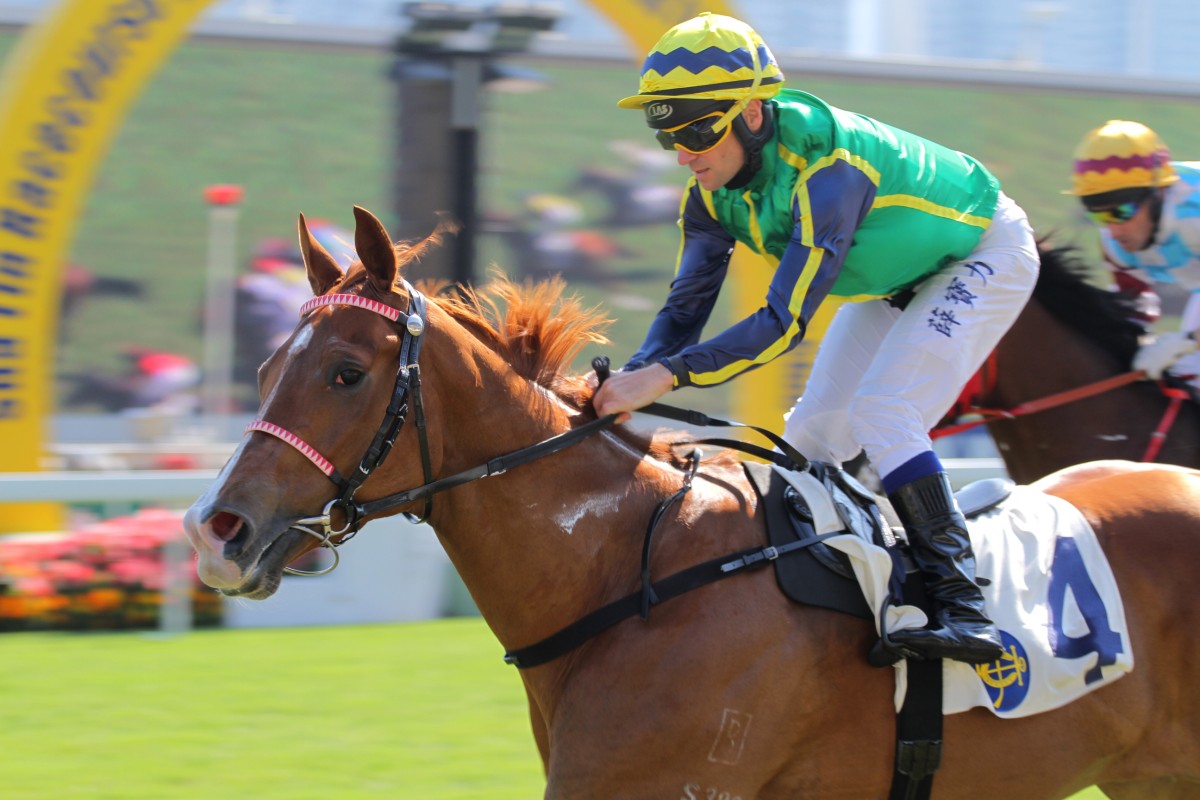 Andreas Suborics heads on a short trip home to Austria a happier man after his win aboard Blizzard. Photo: Kenneth Chan Blizzard won his first start down the much-maligned straight course at Sha Tin.

It has been a frosty start to the season for Andreas Suborics but the jockey can head into a short break in his native Austria with a touch of confidence after scoring his first win since September on Ricky Yiu Poon-fai's impressive debutant Blizzard yesterday.

Suborics had not won a race since September 27, when he guided Yiu's Happy Centenary to a short-head victory, and he reached 69 outs before taking the Yin Kong Handicap (1,000m) on Blizzard.

This is on the back of riding just 14 winners last term, and the rider believes his total last season is still having a knock-on effect.

"It's hard to come back from a bad season in Hong Kong and I didn't have the best season last year," he said. "Obviously there are the top riders but the new jockeys also get plenty of support, and many of them can ride lighter than me."

"But I don't think I've done much wrong this season. I've always said the horses make the jockeys, and I just have to hope there are more opportunities so I can prove myself here." 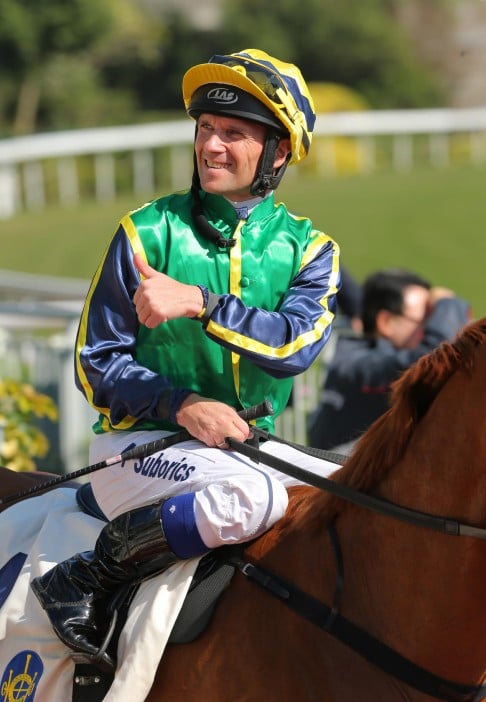 Suborics was particularly grateful to Yiu for trusting him with the preparation of Blizzard, a three-year-old son of Starcraft who was backed into 3.9 favourite yesterday before posting a three-quarter length victory.

"All three of my wins this season have been on Ricky's horses," the rider said. "He's been especially good with this horse - he picked the horse out for me, told me that it would be a nice horse to work with and so I have ridden him in a lot of his trackwork and both his trials. Hopefully there's no reason to be taken off now."

He's a bit of a talent
Ricky Yiu

Yiu said that Blizzard, purchased for A$75,000 (HK$474,700) at the 2013 Inglis Melbourne Premier Yearling Sale, had always shown a great deal, even after a suspected fractured pelvis in June.

"It wasn't as severe as it sounds - he reared in his box and landed awkwardly, and he had a big build-up of fluid," he said. "It only delayed his preparation slightly and he's shown no problems after that."

"He had trialled well, but he improved between trials and again into this race. It's not easy for a three-year-old to win against the older horses on debut and he did it pretty easily and I think there's more where that came from."