The one-horse open sleigh of Neil Callan's season just keeps jingling along and he moved within four wins of third place on the championship ladder with another tradesmanlike double at Sha Tin. 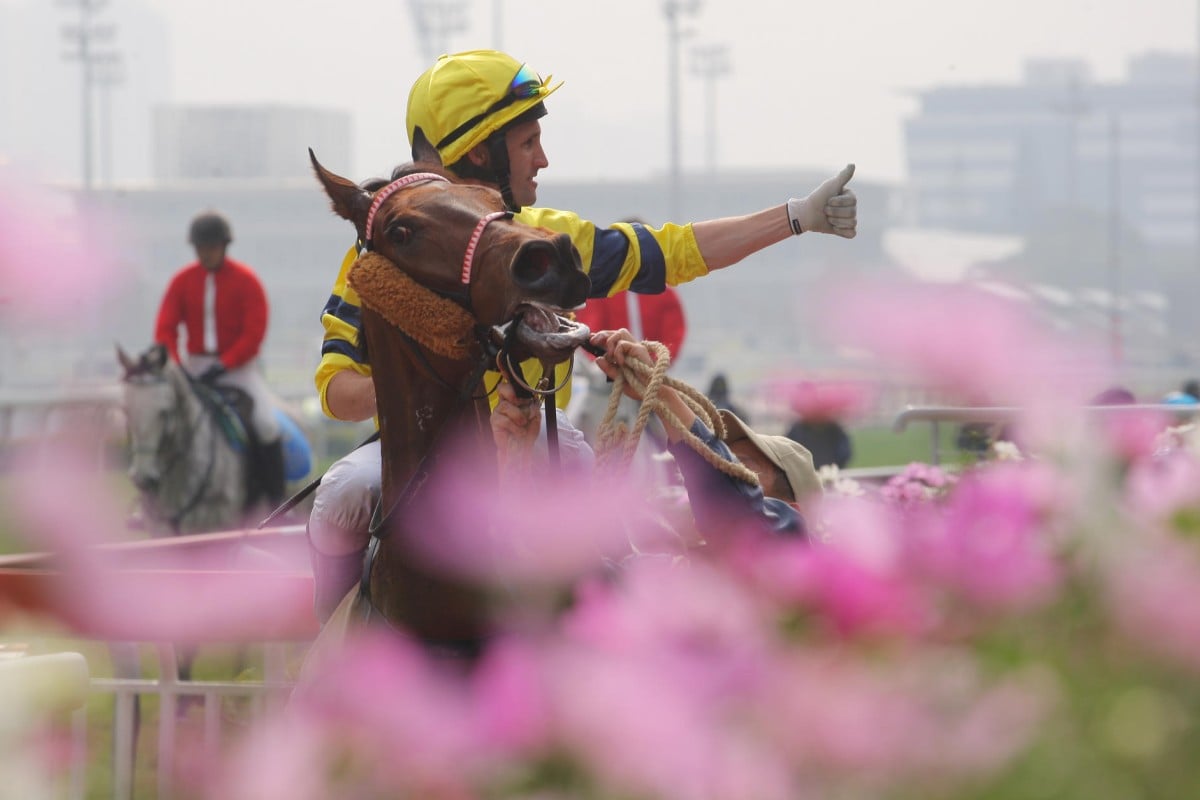 The one-horse open sleigh of Neil Callan's season just keeps jingling along and he moved within four wins of third place on the championship ladder with another tradesmanlike double at Sha Tin.

I suggested the cheek pieces to make him focus more ... he's a big, backward horse at this stage
Neil Callan

Callan went to 25 wins with the season's halfway mark still well ahead after having a hand in the gear change that saw Diamond Master successful for Ricky Yiu Poon-fai in the third then added the second half of Derek Cruz's winning pair with the promising Bossiee in the sixth.

Diamond Master had shown plenty at the trials even before he raced but was wayward in defeat at both appearances down the straight course when well fancied, wanting to roll around when fifth to Country Melody at his last run.

"I suggested the cheek pieces to make him focus more," said Callan. "He laid in when I went for him last time and the gear change was more to get him going straight than anything because he's a big, backward horse at this stage."

Yiu and Callan also elected to stay out of any dispute for the lead in yesterday's race instead of using Diamond Master's pace. 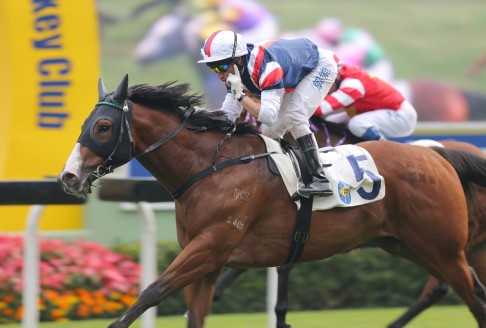 "Ricky and I thought there could be a few going fast and we didn't want him in a duel," Callan said. "Especially with the cheek pieces going on, I didn't want him like he was the other day when there were five abreast, and with the new gear he'd be a chance of overracing. So I thought we'd trail him up and try to give him a bit of confidence."

Derek Cruz-trained Bossiee looked to have his hands full with a wide draw at his second start but the trainer asked Callan to use him to keep in touch with the lead and the ploy worked, if only just.

"Derek felt that on the B track we had to try to get forward and try to get in and I got a bit of cover around most of the bend," Callan said. "He lost that getting towards the top of the straight but the main thing was that he was balanced and that he was travelling."

Bossiee took a little while to really get into his work but closed off well as he had behind Sight Seeing on debut over the same 1,200m course.

"He is a nice big lump of a horse and has plenty of scope, I like him," Callan said. "He's going to be even better when he steps up in trip too."

Cruz had earlier won with Spurs On and was one of two trainers successful on the day despite their absence, with David Ferraris also winning a race.