Apprentice jockey Dicky Lui Cheuk-yin reported a sore right shoulder immediately after the stunning front-running ride that will be the focus of an adjourned stewards inquiry. Lui set unheard of fractions between the 1200m and 800m of race eight, sizzling through in 20.69 seconds as he took Numero Uno to a long lead. Racing Hero, whose odds halved late in betting, took advantage of the pace to come from well back and win and had barely posed for the photo before Lui was stood down by club doctors, complaining of shoulder pain. Stewards opened and then adjourned an inquiry after taking evidence from Lui, his allocated trainer Ricky Yiu Poon-fai and Numero Uno's trainer, Benno Yung Tin-pang. It didn't finish there for Yiu - who was fined $2,000 for declaring Vincent Ho Chak-yiu to replace Lui in the next race after Ho told him the horse was out of his weight range. Alvin Ng Ka-chun took the mount. Alan Aitken Karis Teetan made the most of Joao Moreira's absence and repaid the faith shown in him by trainer John Size by winning on promising sprinter Shining Champion. Teetan rode Shining Champion in two of the horse's three starts last season, but Moreira was aboard when the now four-year-old broke his maiden last month. "I am happy to win for Mr Size - he trusts me and has given me a lot of support," the Mauritian said. "Even when Joao is riding he gives me nice chances. I rode this horse in a couple of barrier trials earlier this season - and compared to last season, he has got stronger. He settles nicely and he is such an easy horse to ride." Michael Cox 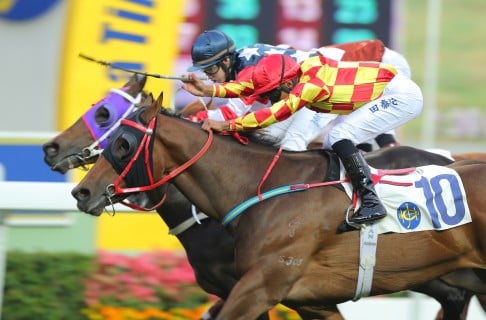 Australian rider makes most of rare chance for David Ferraris

Brett Prebble isn't sure how it happened but there he was standing over Amazing Always to break through a long-standing drought for trainer David Ferraris. Prebble arrived by just enough to swear by, combining with the South African for their first win in more than three years and just the second in more than five years. "It's funny because I get along really well with David but I don't seem to have many rides for him so I don't have many winners - I've probably ridden 10 for him ever," Prebble said and was spot on with his estimate. "I thought Amazing Always needed someone to strongarm him a bit. He's a big horse and if you let him be the boss, he will so I made sure he knew I was there." Alan Aitken 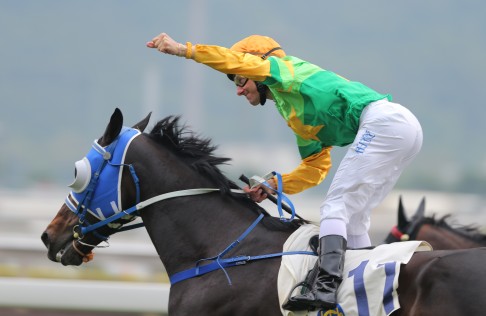