New year to ring in change of luck for Super Talent

HK$16m jackpot awaits Triple Trio punters for the first meeting of 2015, and Benno Yung's maiden can break through as banker in the final leg 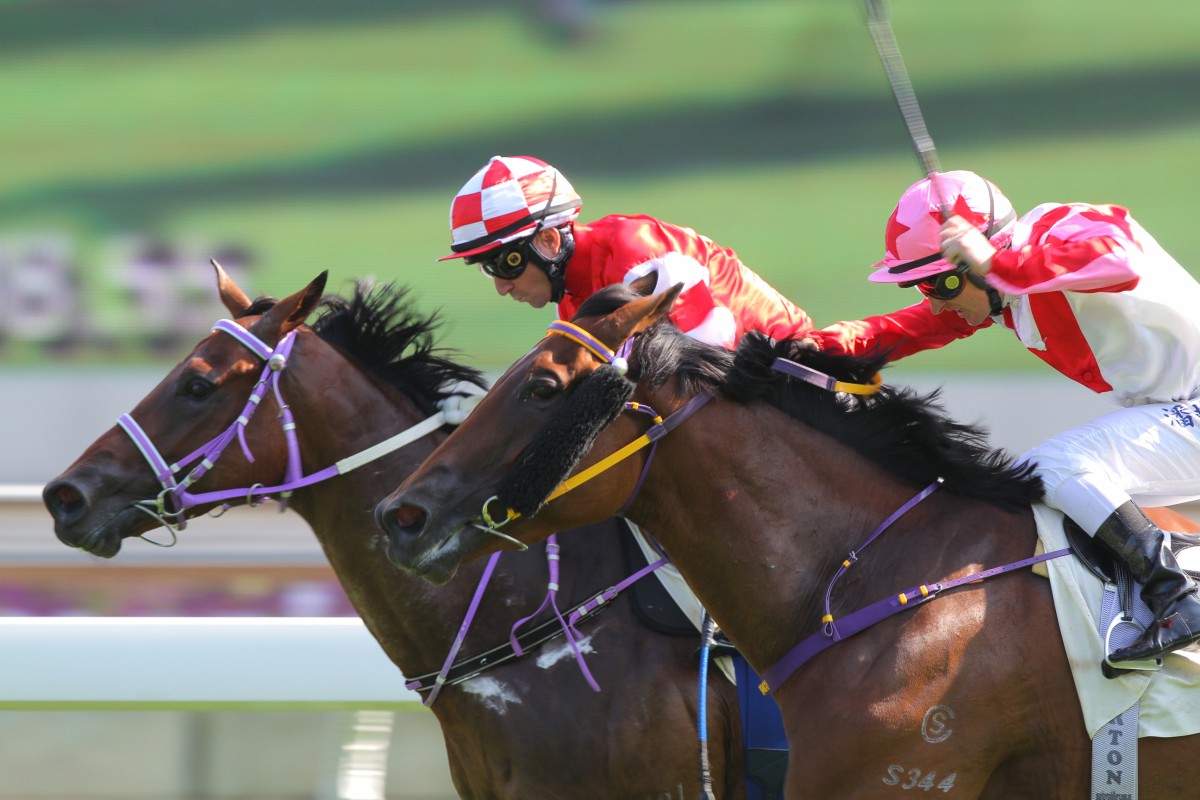 After a string of strong performances, the new year could bring about a change in luck for Super Talent and drawing low against an inexperienced field can help him break through for a win at Thursday's public holiday meeting at Sha Tin.

The Triple Trio has been seeded for the first day of 2015 and carries a solid HK$16 million jackpot, and in the final leg Benno Yung Tin-pang's three-year-old looks the best banker.

Super Talent produced an eye-catching run on debut in October, where he was restrained to near last from a wide gate and raced greenly but still managed to rattle home for fourth, beaten two lengths by subsequent winner Star Track.

Since then the international sales graduate has been in the betting at each of his three subsequent starts, all over Thursday's distance of 1,200m.

At his second start Super Talent had every chance but failed to catch another horse that has won since, Sight Seeing. Super Talent then drew badly again and missed by just a short-head to Forever Accurate after a stop-start run where he was trapped wide.

Up against three-year-olds last time out, Super Talent was sent around 1.9 top pick but got too far back as Sunday's Griffin Trophy winner Line Seeker dominated from the front, Super Talent's effort to close off for third fair.

This time gate three and a race with some speed looks the right recipe for Super Talent to break his maiden, with Yung forgoing a chance to run in last weekend's Griffin Trophy, sticking to 1,200m and attracting the services of Douglas Whyte.

Four first-starters line up in the race, and the two drawn below Super Talent both look like they will race handy.

Innovative Winner (Olivier Doleuze) was pushed to win a recent trial and can be considered, while Ten Flames looks a nervous type that might benefit from racing despite a recent forward trial. Island Flyer (Neil Callan) is an option, but lean towards the more experienced runners here.

Lucky Scepter (Nash Rawiller), Addole (Brett Prebble) and Call Me Achiever (Umberto Rispoli) are all possible pace influences, but each has to be strongly considered. Prefer to watch Winner St Paul's after he made a complete mess of his debut as short-priced favourite.

In the opening leg, bank on Paul O'Sullivan's strong start to the term to continue and stand out Sunny Pearl (Matthew Chadwick). A two-time winner last season, he drops back in grade, comes back to his best course and distance of 1,400m and gets a good draw. It looks a race without speed, and Sunny Pearl could benefit from a soft lead on the C course.

Include Charity Kingdom (Gerald Mosse), Island Garden (Prebble) and Tones (Callan), who has trialed well since he was withdrawn at the barriers two months ago.

In the middle leg, a Class Four mile, French jockey Maxime Guyon gets a great chance to break through at his first meeting back on Rugby Ambassador. The Dennis Yip Chor-hong-trained five-year-old looks ready to step up to a mile and drew favourably in two.

In a weak race also include Reborn To Win (Callan) dropping back in grade, Fighting Boy (Rispoli) and Spirit Soaring (Prebble).