Victoria to take advantage of decent draw in TT opener

Derek Cruz's galloper has had double-digit gates at every start this season, but a better barrier makes him the best banker in the first leg 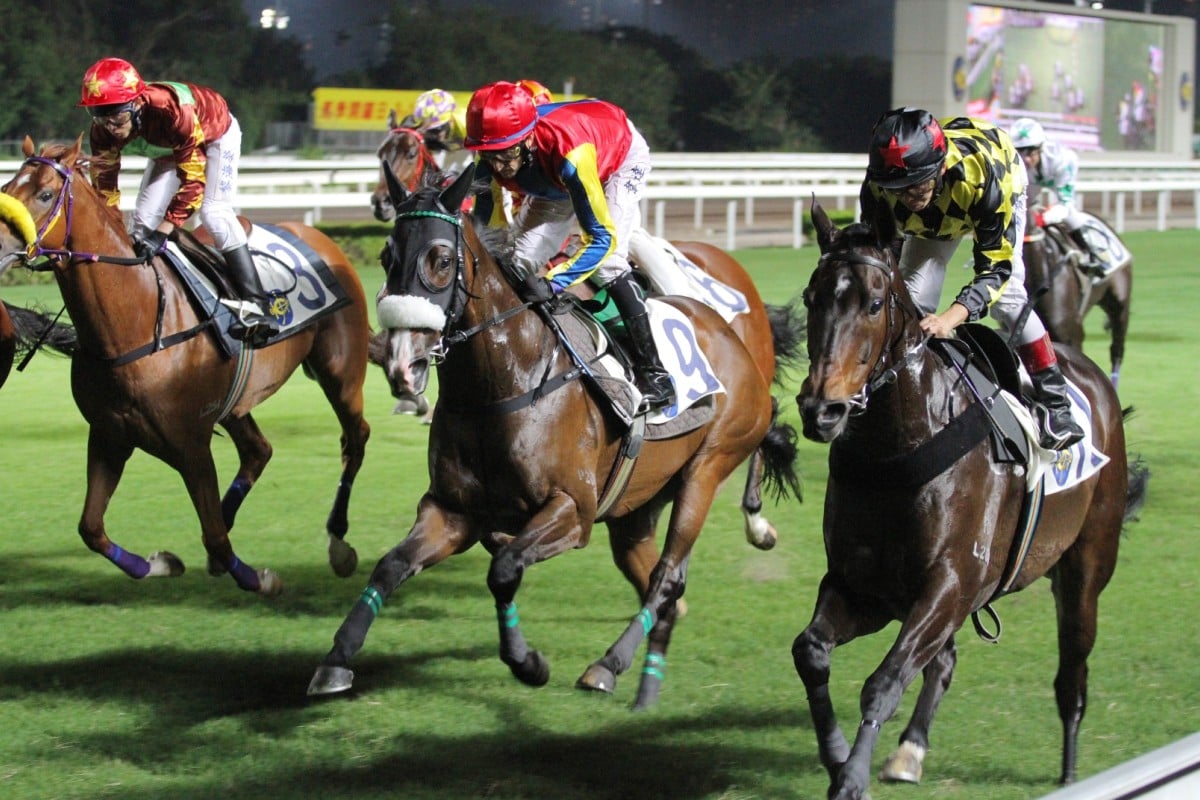 Charter Victoria (centre) finally gets a decent draw and a chance to break through in the opening leg of the TT. Photos: Kenneth Chan

Derek Cruz-trained six-year-old Charter Victoria finally gets a low gate after drawing double figure barriers at his three starts this season and stands out as the best banker in the opening leg of Sunday's Triple Trio at Sha Tin.

Since returning from a tendon injury in October, Charter Victoria drew the extreme outside twice and then gate 11 with all three starts over 1,400m, which he contests again tomorrow with Maxime Guyon aboard for the first time.

First-up Charter Victoria was only fair running on back in the field but at his subsequent two starts Cruz refused to let his horse be hostage to the bad draws and instructed his riders to push forward.

Charter Victoria showed surprising speed from the gates, but has had to work relatively hard both times to get across - to lead the first time, to sit outside the pacesetter last time, and stuck on for third and fourth-placed finishes.

Last start's beaten margin of four and a half lengths doesn't appear that impressive on paper, but take runaway winner Up And Coming out of the equation and the form of the horses finishing around Charter Victoria looks pretty good. In just over a month since the second, third and fifth placegetters - Vara Pearl, Amazing Always and Health Wise - have all won races.

With the rail in the C + 3 position and the track showing some signs of wear and tear, there couldn't be a better time to draw a soft gate and Charter Victoria will get a chance to be put in a race, but not have to work as hard to get there.

This looks a particularly weak Class Four too, with no real other standouts and plenty of dead wood. Hurry Hurry Up's form at the track and distance is patchy but he seems to be a more seasoned performer now and has shown what he can do with a low draw beyond the sprint journeys a few times this season, like he has here for the returning Joao Moreira.

Motif (Gerald Mosse) comes out of a restricted race where he was beaten just over three lengths by Griffin Trophy runner-up Sky Hero, and even though he drew poorly, he should be included. 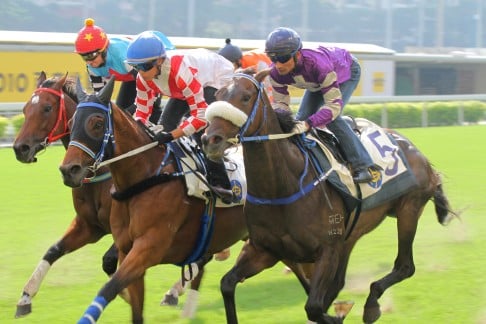 From there, there's not much to choose from. Strathtay (Douglas Whyte) drops into Class Four for the first time ever - include him, with fellow backmarkers Sure Peace (Karis Teetan) and Glorious Victory (Keith Yeung Ming-lun) the other possible ticket-busters.

The middle leg presents the usual befuddlement that is a Class Four dirt race over 1,200m, where a wide draw shouldn't deter TT players from banking on John Size's consistent Grand Plus (Moreira). Include Star Of Wai Bo (Neil Callan) and Confucius Elite (Guyon).

Perhaps give Sledge Hammer (Yeung) another chance from a kinder draw, while Almond Lee's stable is flying by his standards and Ambitious Glory (Alex Lai Hoi-wing) can add to his tally with a better gate.

In the final leg, John Moore's consistent four-year-old Grand Harbour (Nash Rawiller) comes back to a more comfortable 1,800m and drops into gate two after being stuck three-wide with no cover from a wide gate over 2,000m last time out. Prior to that he had finished second four times in four starts, and a return to the course and distance where he won his only race should see him finally work his way out of Class Four.