Impressive early season winner returns after an interrupted preparation tomorrow, and he looks the logical banker in a tough second leg 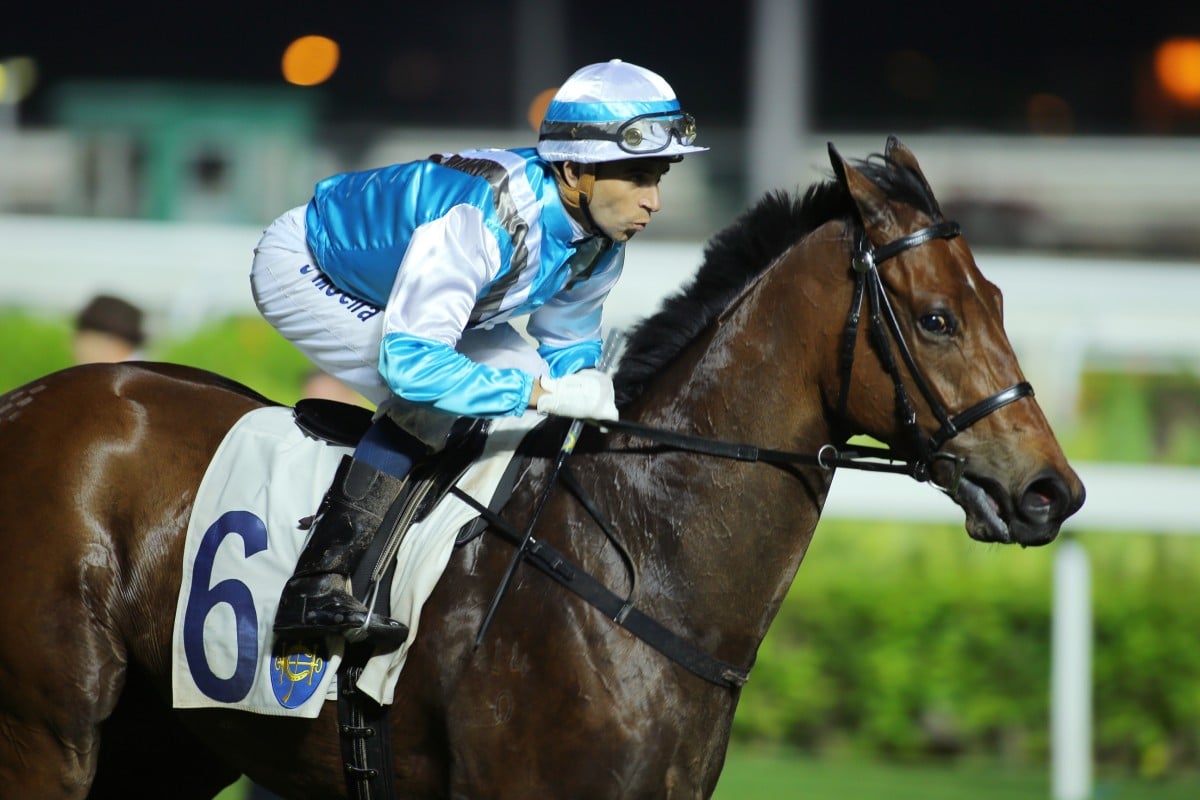 Soul Achiever can return a winner in the middle leg of the Triple Trio. Photo: Kenneth Chan

Tony Millard's Soul Achiever was one of the most impressive early season maiden winners and returns from a setback tomorrow at Sha Tin where the four-year-old stands out as banker in the second leg of the Triple Trio.

After a solitary start for David Hall last term, before which he had already shown plenty of promise in trials both here and in New Zealand, Soul Achiever displayed a good turn of foot to flatten out and sprint past a Class Four field under lights at Sha Tin in October.

The horse he beat into second, Longwah Amber, has since won twice and now sits in the top half of Class Three, but Soul Achiever has not raced since.

The eye-catching victory prompted Millard to suggest a Hong Kong Classic Mile berth could even be in the offing for the son of Keeper, the South African handler bullish about the horse's future.

"To do what he did there first time for us was pretty special," Millard said after that race. "He was only 80 per cent there. We've put a lot of work into him and he has got stronger and stronger, but the best has yet to come."

Alas, any big plans were put on hold two weeks later when Soul Achiever was found lame on race morning before a 1,400m Class Four where he was likely to start a short-priced favourite.

The horse has obviously had some more issues since then, too, missing more work after a strong gallop in early November, before being steadily built up for his return, a searching 1,200m trial at Happy Valley two weekends ago clearing out the cobwebs.

Joao Moreira is back on board after the first-up showing and gets a perfect draw, barrier two ensuring he will not be trapped wide in a race where there looks to be suitable speed, with Dashing Fortune and King Of Reason coming across from wide gates.

Although Soul Achiever has settled in the last third of the field at his first two starts, that was over 1,200m and he could be positioned closer over 1,400m if Moreira wanted to be more handy.

It is a tough race to narrow down, but include another horse that will sit handy, Unique Happiest (Vincent Ho Chak-yiu), after he was narrowly defeated over the course and distance last Thursday, and throw in Stag Knight (Nash Rawiller).

The one not to forget is Mark Two (Maxime Guyon), who has not had an ounce of luck when sent out single figures in betting at his last four starts and now steps up in trip. Two horses get blinkers on for the first time and neither can be completely discounted, with Jack's Gem (Brett Prebble) and Gold Dragon (Umberto Rispoli) options.

The opening leg is the Hong Kong Jockey Club 130th Anniversary Cup, a fascinating and high-quality mixed ratings band Class Two over 1,200m - but the talent on show does not make it any easier to sort out.

Take international day support card winner Let Me Go (Moreira) as banker, even if he meets Key Witness (Douglas Whyte) four pounds worse off at the weights, as the Moore-trained runner looks to have some points up his sleeve. Take those top two as dual bankers if looking to save.

Even though speed horse You Read My Mind (Guyon) will have to do it the hard way from gate 10, he comes in with good form around Charity Joy and Tour De Force - handy benchmarks for this level of competition.

Keep Ricky Yiu Poon-fai's Hong Kong Derby hopeful Skyrockets (Neil Callan) safe - he is unlikely to be knocked around from a wide draw, but should be zipping home late.

Consider giving I'm In Charge (Ho) another chance, despite him drawing wide again.

The final leg is a Class Four over a mile that looks the hardest leg, with a horse that has won one from 16, Sugar City (Olivier Doleuze), going in on top after a two-and-a-half length second to Contentment last start.

Three weeks later Richard Gibson steps Sugar City up in trip and it should suit.

Another horse looking for more ground is Moore's Elite Pride (Rawiller), who got home well at big odds two weeks ago.

Winnam (Whyte) goes up nine pounds after a soft four-and-a-half length win, and while he is a risk here, he has found a weak looking race.

From there the race drops off sharply, but High Warrior (Moreira) will have come on for his sound debut.