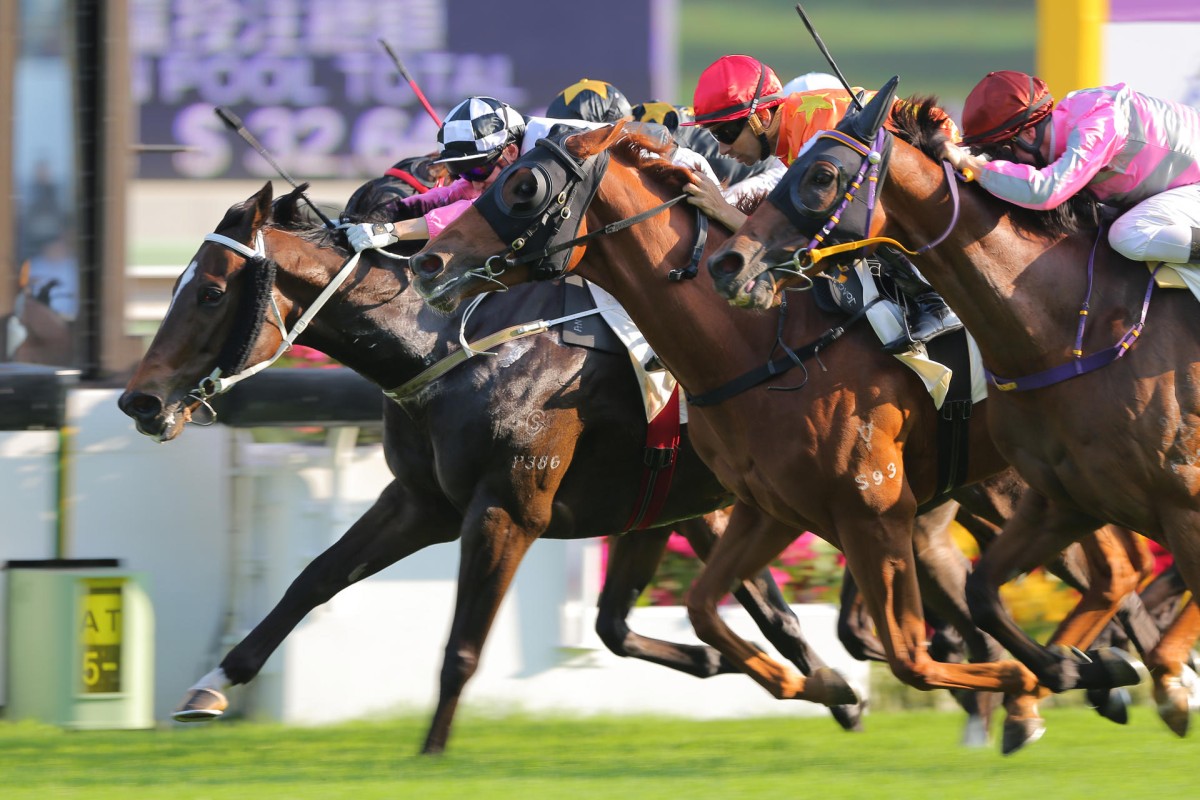 While a frustrating string of seconds by Star Majestic is starting to attract that most dreaded of tags - "non winner" - the Paul O'Sullivan-trained charge has been gainfully filling the role of "banker specialist" for Triple Trio players and tomorrow night at Happy Valley, the consistent four-year-old can find the frame once again in the middle leg of the TT.

Since running sixth on debut last season Star Majestic has finished no worse than fifth in eight runs since, placing on six of those occasions, and his recent sequence of three straight runner-up finishes is bound to end with a win soon.

In all but two of his career starts, Star Majestic (Joao Moreira) has been entered in a leg of the Triple Trio - including his last three outings, where he has down the right thing as nominated banker by this column by finding a spot in the top three.

Two starts back, with Moreira aboard for the first time, Star Majestic went perilously closer to breaking through when defeated by a short head at Sha Tin over 1,400m, before O'Sullivan decided to try Happy Valley's extended mile.

Drawn barrier three, and sent out 2-1 favourite, Moreira attempted to place his mount far closer than he had ever been ridden before, getting across to the rail and what looked like an advantageous box seat position behind a slow tempo.

A daring ride from Brett Prebble though, where he skirted the field in the middle stages on upwardly progressive stayer Happy Rocky, stole the race.

Even if Star Majestic was never going to beat Happy Rocky, his effort to chase was still sound, with Moreira soft on his horse to the line. Star Majestic was beaten three and a quarter lengths, which ensured he stays on a mark of 57, but he had at least two lengths on the rest.

Next best is another maiden, Unbeatable Guts (Neil Callan), for whom a close third to subsequent two-time winner Contentment makes good reading for this level, especially given the run Peter Ho Leung's four-year-old was given on that occasion.

From gate 11, Unbeatable Guts sat three deep with very little cover over 1,400m but was still finding the line as well as anything outside of the winner. Unbeatable Guts trialled well at Happy Valley back in March and a move to 1,650m looks suitable.

In the opening leg, a tricky 1,800m Class Four, perhaps it is the turn of Navel Orange (Maxime Guyon) to finally break through.

His rating has dropped from 89 when he arrived nearly two and a half years ago, all the way down to 43. He makes for an unconvincing banker though, and play around with Jolly Good Star (Moreira), Loving Star (Douglas Whyte) and Dragon Glory (Howard Cheng Yue-tin).

One Of A Kind (Mirco Demuro) looms as the one from outside the square - he steps up to 1,800m for the first time with blinkers back off and can figure.

The final leg is a 1,000m Class Three, where a better draw should help Excel Oneself (Teetan) as he comes back in trip after being set an impossible task last Wednesday. Of the others, take Fantastico (Moreira), Winfull Patrol (Whyte) and Lucky Celebrity (Prebble).

Derek Cruz-trained import Andnowurmine (Guyon) should come in for support after an easy trial win, but may need further to show his best, with his win in New Zealand a grinding effort over 1,300m.