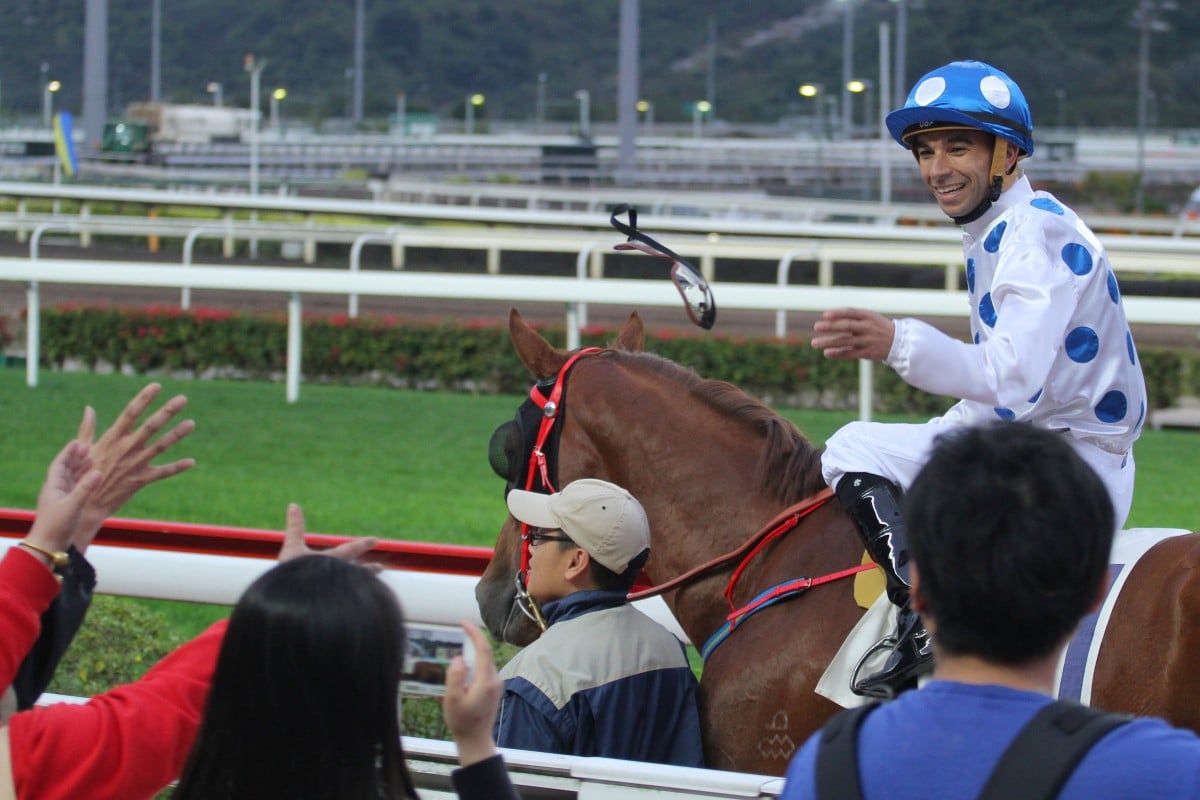 Joao Moreira throws his goggles into the crowd after completing his six-timer at Sha Tin on Sunday. Photo: Kenneth Chan 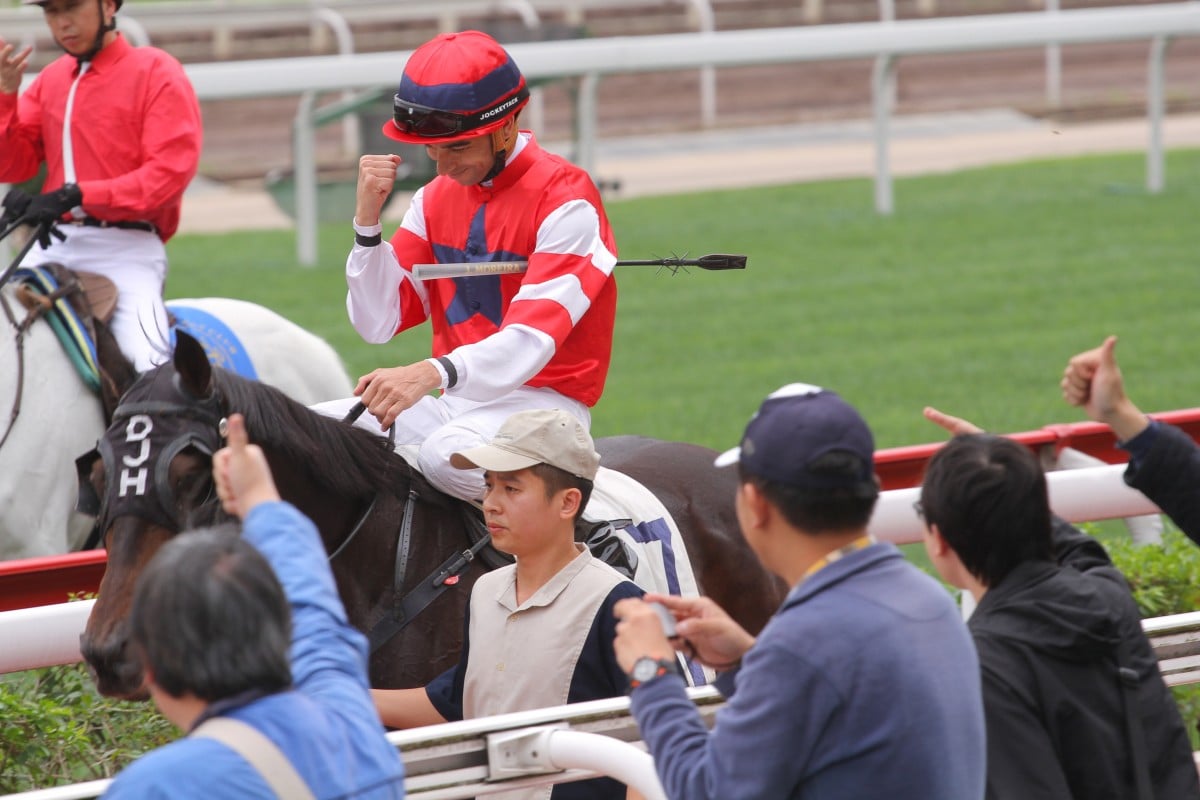 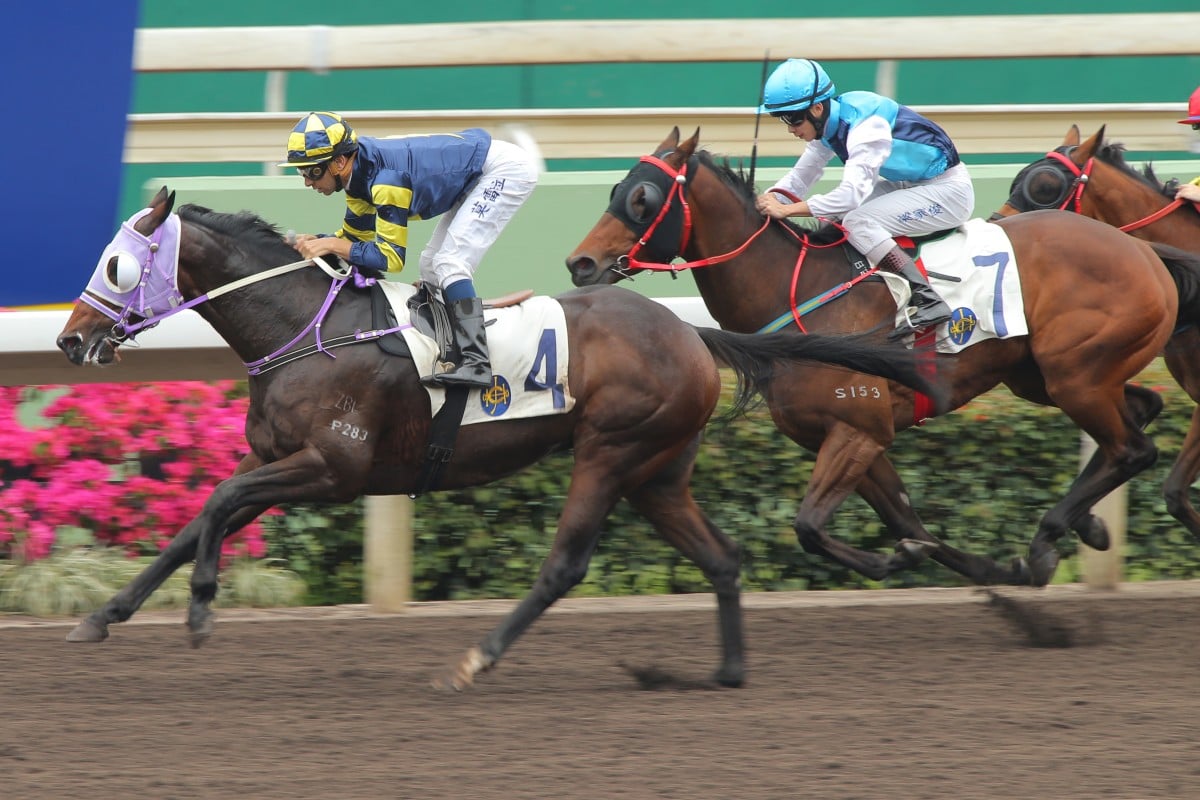 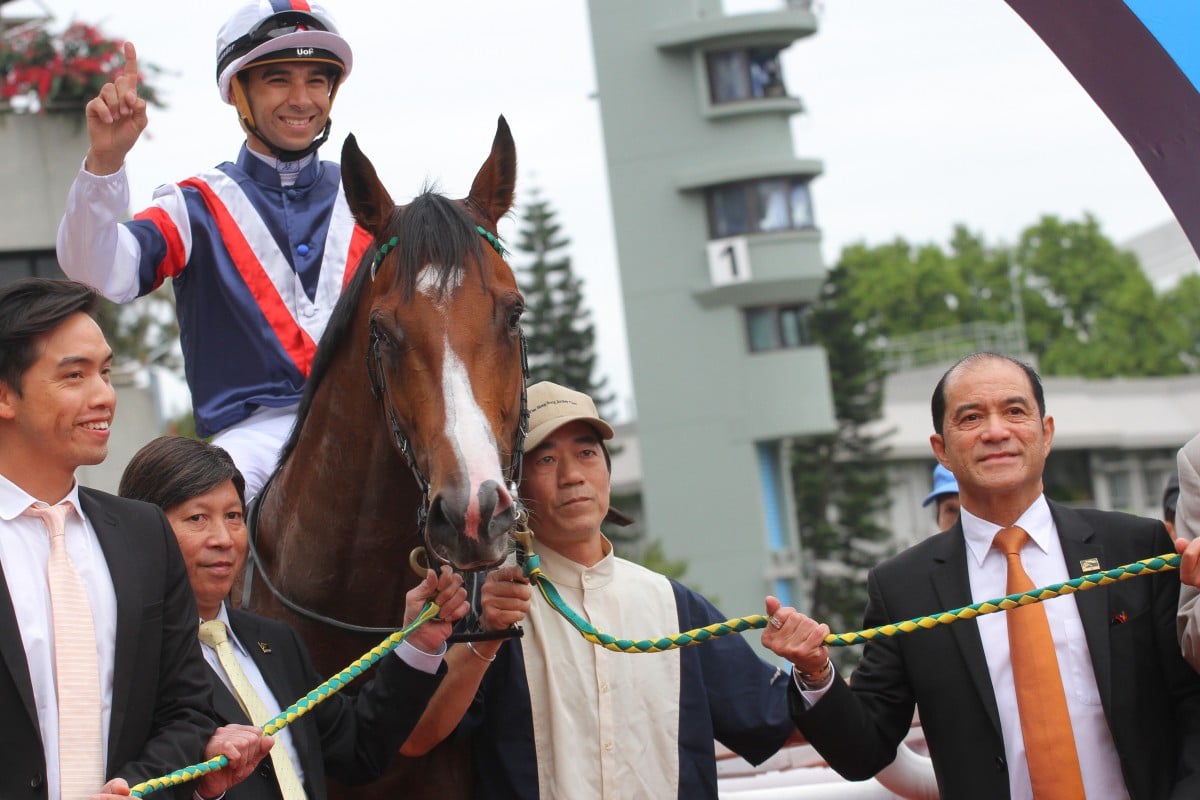 WIN NUMBER THREE: Bossiee looks to be heading higher after finishing strongly off a light weight in Class Three. 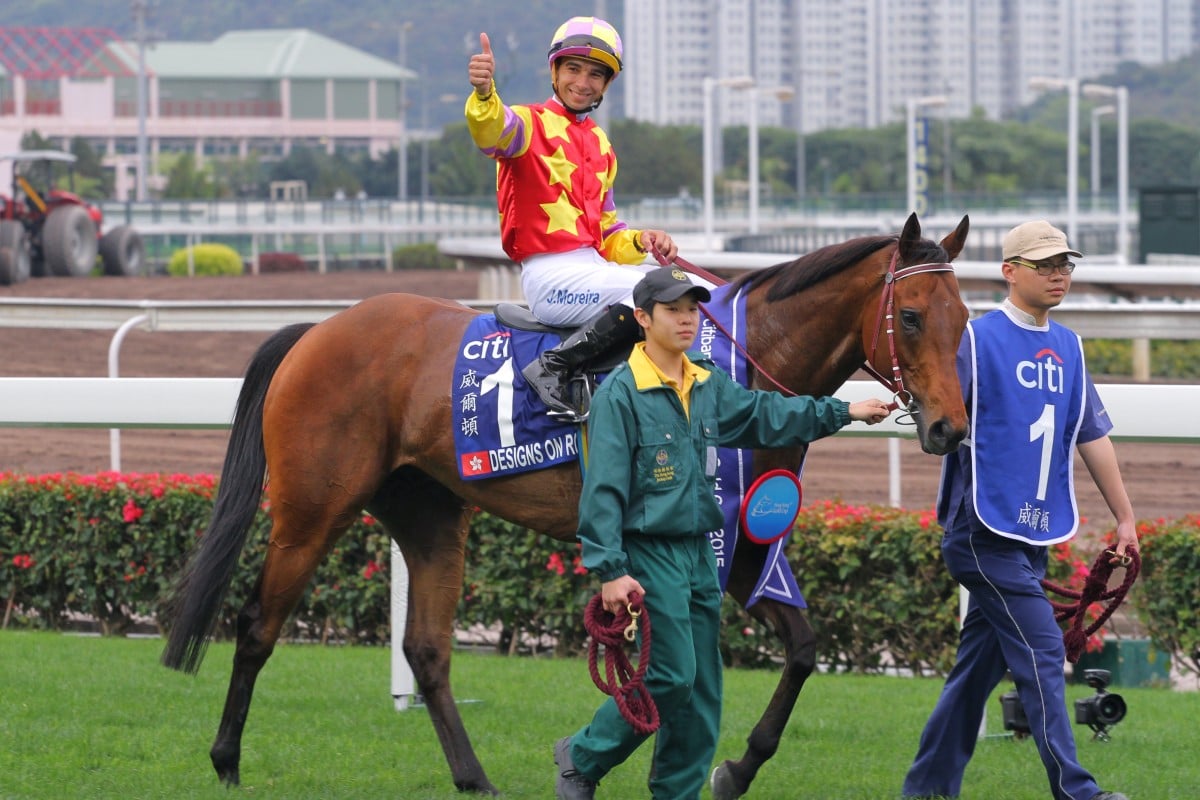 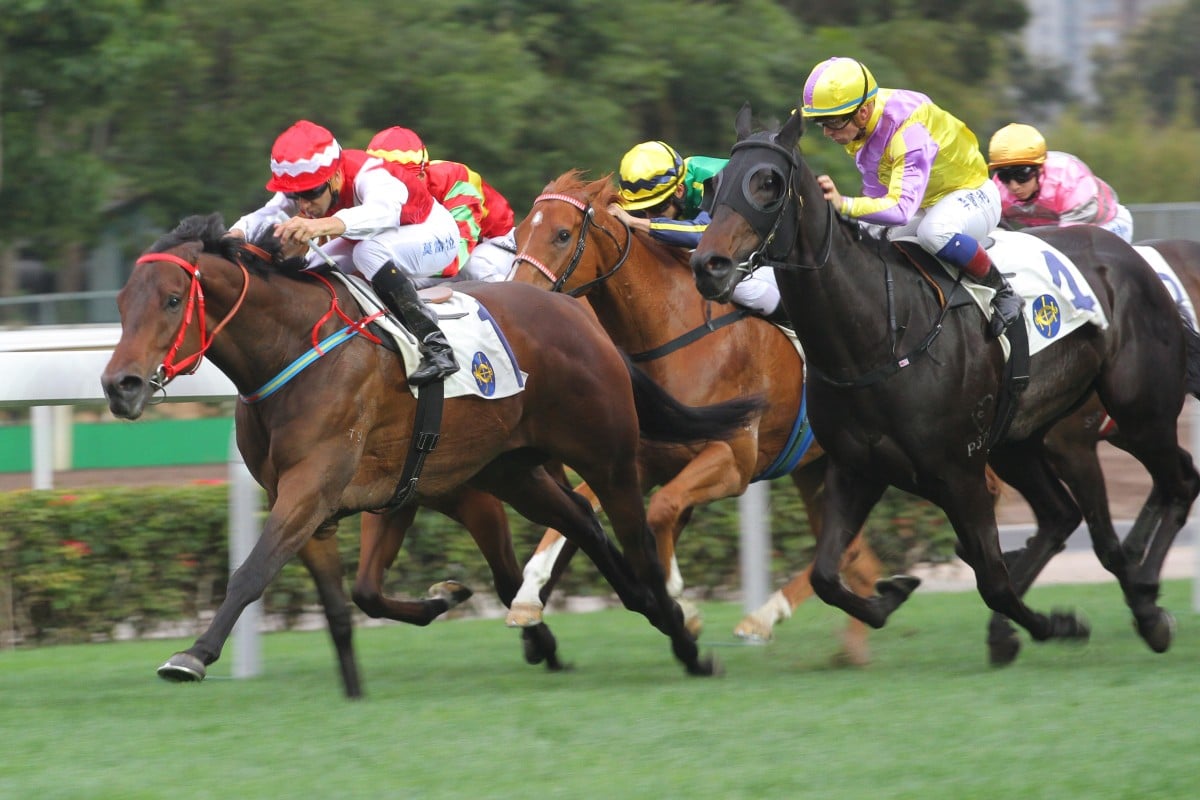 WIN NUMBER FIVE: Eroico defieds a strong betting move for runner-up Why Why to win his fourth race from seven outings. 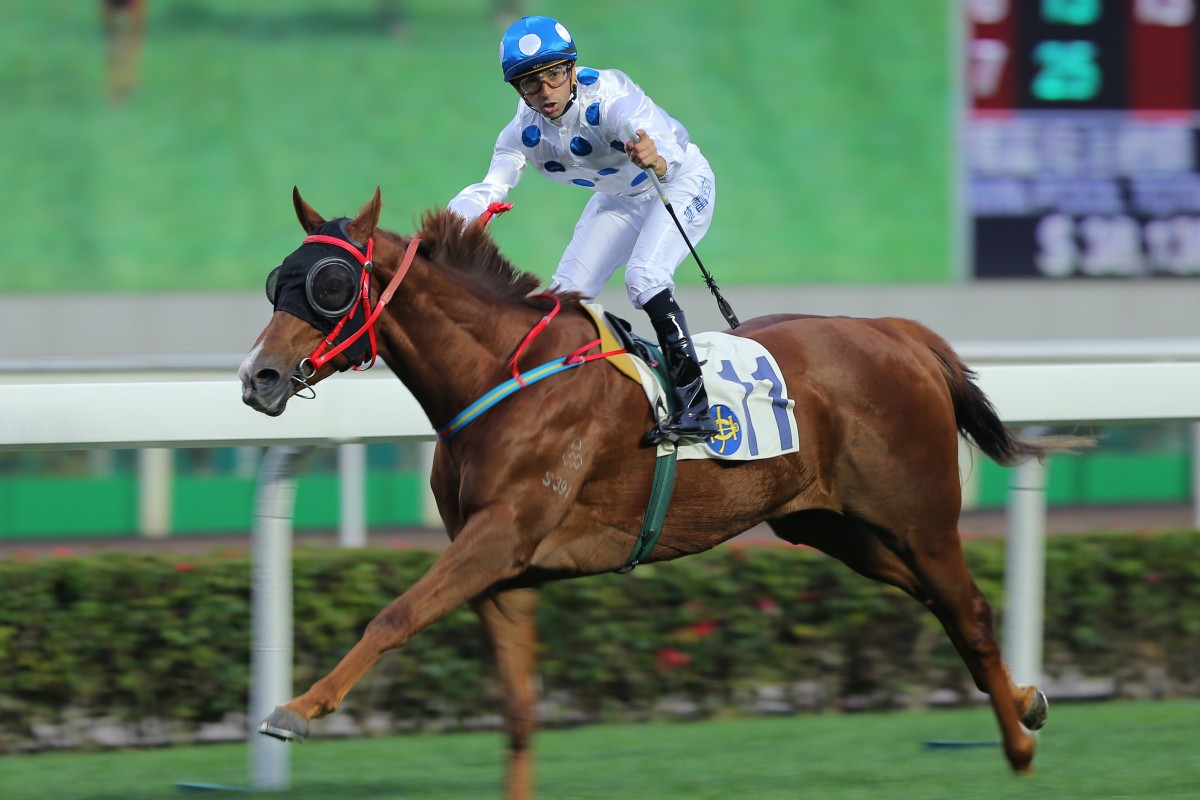 Joao Moreira topped a brilliant afternoon at Sha Tin by sending Contentment to the BMW Hong Kong Derby as the Brazilian became just the third jockey in history to win six races on a day.

Brett Prebble was the first in June 2010, then Douglas Whyte in April 2013 and Moreira bounced back from a dismal night midweek to equal the feat, winning the first two, the last two and two in the middle, including the one that counted most on Designs On Rome in the Gold Cup.

It's nothing new for Moreira to win races in bulk - in Singapore, he once rode nine consecutive winners, eight on the one card - but he was thrilled to have equalled the record, especially coming off an "air swing" at Happy Valley.

"And it's great to do it in Hong Kong - this is such a prestigious place, it's tough to win races so six is special," Moreira said. "And it's all about the support I'm getting from some really good trainers. I am so grateful for all the help they give me." 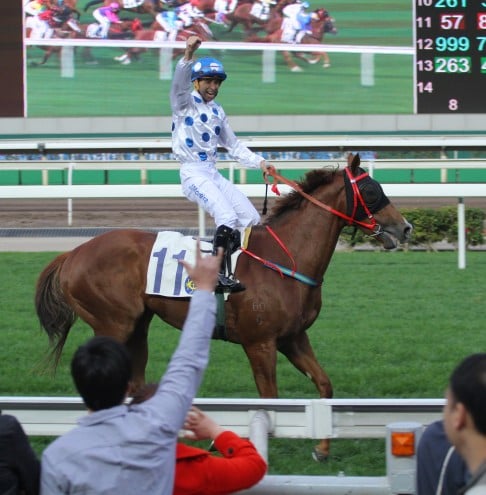 Gold Tartini and Kingston Jumbo started the spree, Bossiee and Designs On Rome kept it rolling and the Magic Man hit the line hard as John Size-trained Eroico and Contentment put an exclamation mark on the day.

And Contentment was a nice place to end as the four-year-old comfortably handled his second attempt at 1,800m to ensure a position in the Derby on March 15. Nash Rawiller will be back on Contentment there although the Australian did look concerned as he passed where Moreira was being interviewed post-race: "I was happy with that Joao - just checking I'm still sweet and you're not thinking of jumping off Redkirk Warrior?" He was reassured.

"Nash would have ridden him today but for the light weight," confirmed Size. "I thought Contentment was uncomfortable in the Classic Cup sitting behind, which wasn't Nash's fault as I asked him to ride him that way and it turned out a mistake. Either they went a bit faster today or the horse settled better for having had the experience. Whatever it was, he raced today as we had hoped and expected.

"So he's off to the Derby now where 2,000m is a query but usually quite a few have queries in Derbies - he'll be one of them." 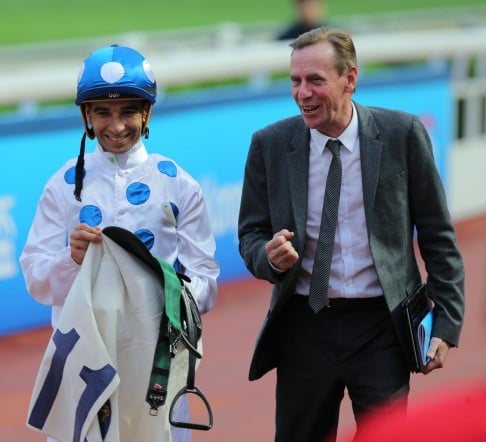 "John actually didn't tell me to ride him the way I did - we thought we would lead but, when Club Life kept pushing for the front, I had to make a decision to sit behind him," Moreira said. "He overraced the first 400m then relaxed and on the line he was full of himself. He feels like he has more improvement."

Moreira and Eroico have been a solid double act all season, winning four of seven together and Size felt this win indicated there should be more to come.

"Eroico drew a better gate today, got to follow what appeared a hot pace and I thought it was a strong effort to carry the weight and beat some in-form lightly weighted horses," he said. "He showed he has the character to go with his ability and is going to go higher."