Former British juvenile winner Racing Mate caught every eye at his local debut over the Happy Valley 1,000m course and the gelding gets a chance to snatch some silverware over the same course in tonight's Police Cup. 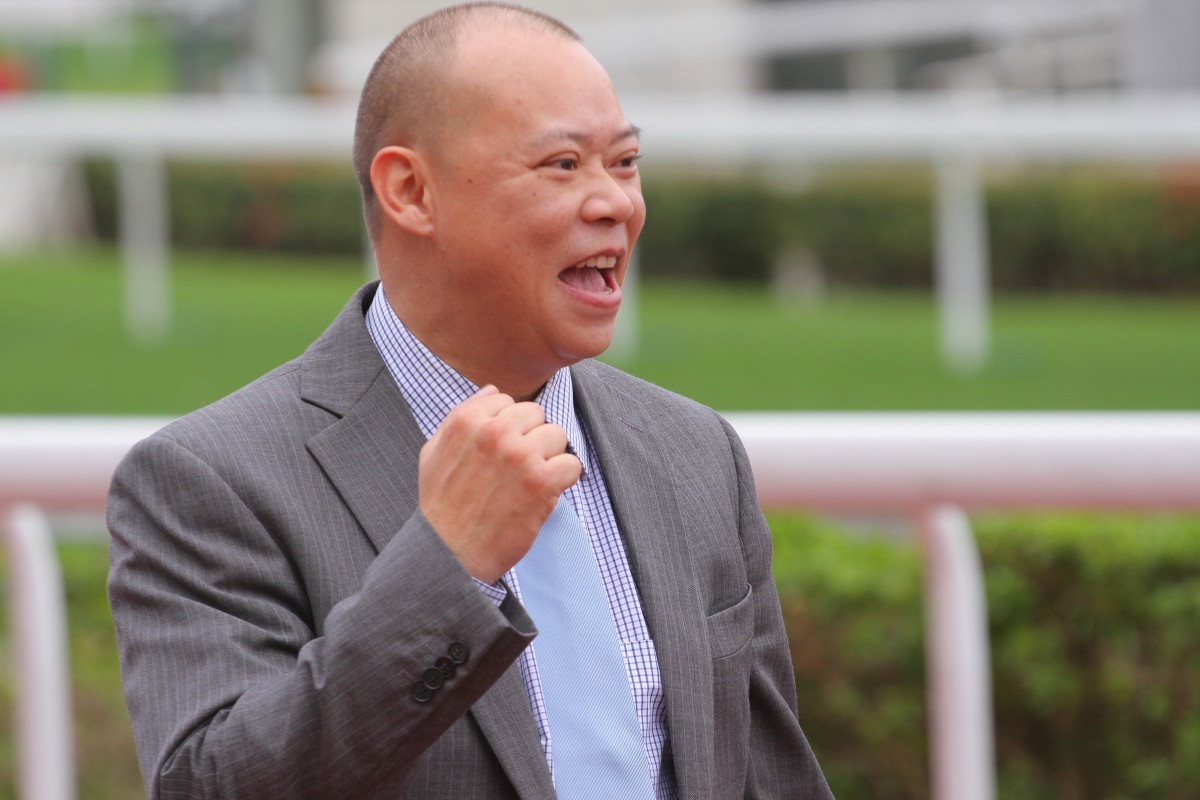 Chris So can win the feature at Happy Valley with Racing Mate. Photo: Kenneth Chan

Former British juvenile winner Racing Mate caught every eye at his local debut over the Happy Valley 1,000m course and the gelding gets a chance to snatch some silverware over the same course in tonight's Police Cup.

Racing Mate (Zac Purton) was a winner at Thirsk in his only appearance before leaving for Hong Kong and the Chris So Wai-yin-trained four-year-old exceeded expectations by running a rattling third to Harbour Punk on debut.

He had not looked a pure speed runner in his trials, but had shown ability and his chances of making it a winning debut at the Valley were dashed soon after the start when he was relegated to the rear of the field. Racing Mate jumped awkwardly and a bump from the horse in the next gate finished him off.

Purton was able to gradually work him into the field and Racing Mate closed the race off well to be third but couldn't get closer than a length and a half.

That performance looked better than the Thirsk victory and with two lifetime starts, there is every reason to think Racing Mate has more to come.

It's a case of which horses are not going to be part of the lead as Fun 'N' Games, Triumphant Jewel (Keith Yeung Ming-lun), Fantastico and Brilliant Proposal are all quick horses, as are Eye On You (Joao Moreira) and Dilly, although over a little further.

The style of race looks ideal for Racing Mate charging home again after railing up into striking distance around the home turn, and St Yazin (Ben So Tik-hung) should benefit from that too.

He also ran in the Harbour Punk race on February 11 but, while Racing Mate stayed nearer the rail, St Yazin was pushed sideways rounding the home turn as he tried to come out and circle the field. That killed off his finish and he finished well back but can do better as his previous form showed.