Handy three-year-old Thunder Dash stopped the rot for trainer Ricky Yiu Poon-fai, running on well to break his maiden status in the third race and to give Yiu his first success since late January. Handy three-year-old Thunder Dash stopped the rot for trainer Ricky Yiu Poon-fai, running on well to break his maiden status in the third race and to give Yiu his first success since late January. Neil Callan was at his best on the lightly raced youngster to overcome an awkward draw. "The draw didn't help him last time and I thought he ran great but when he drew out again, we didn't have much of an option but to go with a quiet ride and give away a start again," Callan said. "He hit the line really well again and I think he's got a nice future. Alan Aitken 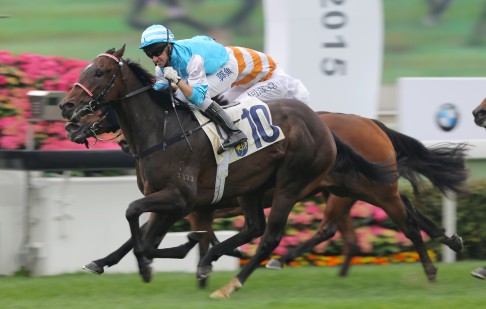 Joao Moreira's magic isn't confined to race day and the Brazilian jockey was getting plenty of credit from trainer Danny Shum Chap-shing after Rouge Et Blanc provided one of the few surprises on Derby day. "The horse has been running quite well but his problem is he is slow out of the gates," Shum said. "Joao is great in the mornings and he came over to the 1,800m chute to work on the horse. We found out that if the jockey gets someone to hold Rouge Et Blanc's tail in the gates that he will jump out of the gates well and it worked." Alan Aitken 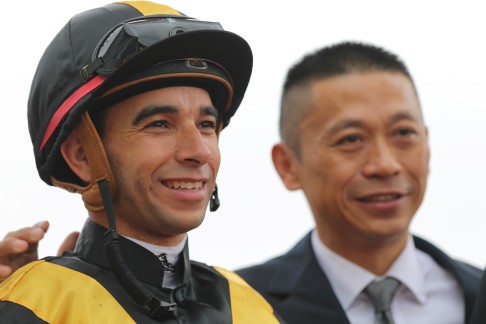 John Moore paid tribute to the great attitude of Let Me Go after the five-year-old racked up his sixth win in the final race on Derby day. Let Me Go opened favourite before both Eroico and Travel First were bet down to start ahead of him, but Let Me Go (Tommy Berry) had the last laugh by swamping that pair in the final 100m to win the 1,400m Class Two. "He's a real racehorse," said Moore. "He's come a long way since he first came to me at the bottom of Class Four and his attitude is why he has done it - he really wants to compete." Alan Aitken 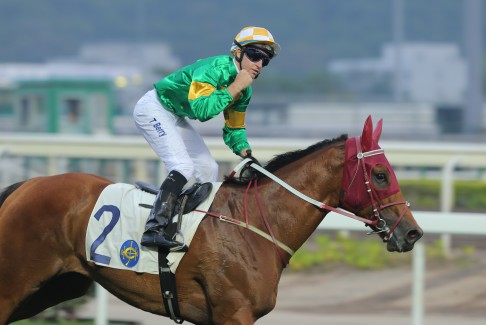