South African import looked promising on debut and has yet to deliver, but he seems finally to have found the perfect race in the opening leg 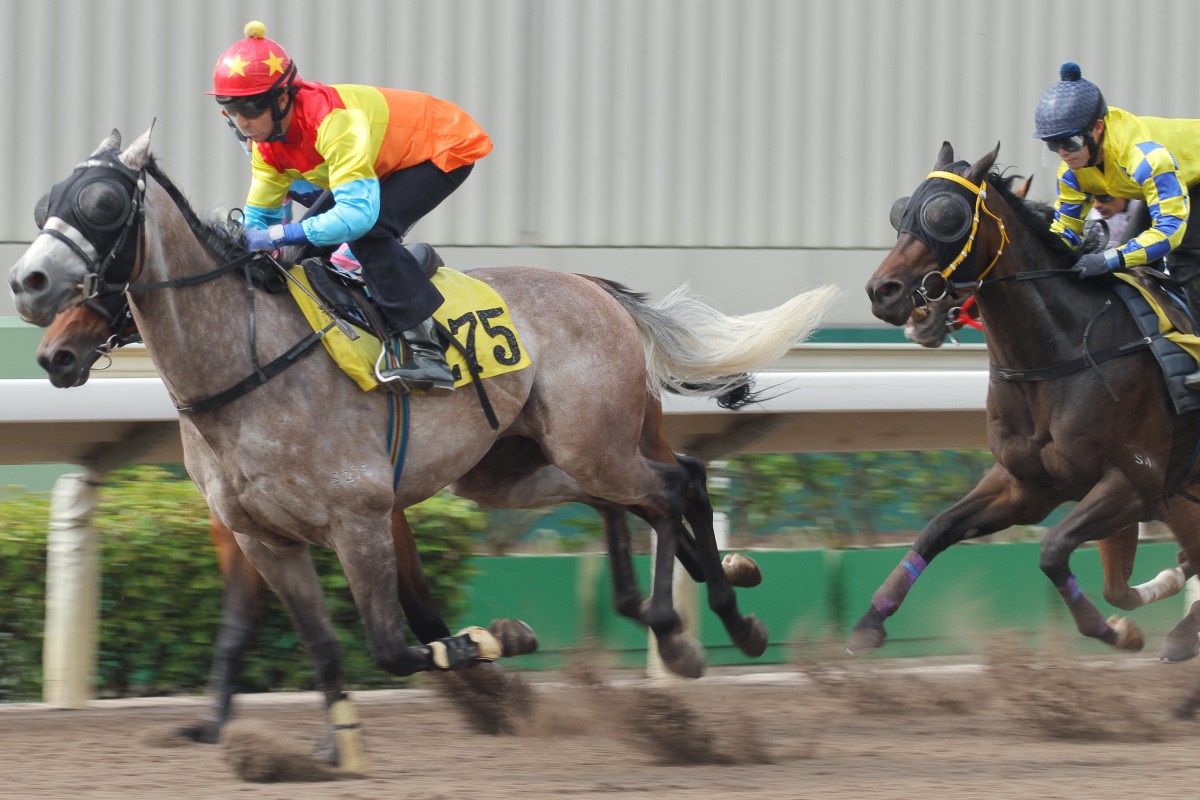 It has been a frustrating season for supporters of Secret Command so far, but the South African import seems to have found the right race on Sunday at Sha Tin and can act as banker in the first leg of the Triple Trio.

After winning his only start as a two-year-old, Secret Command arrived with trainer Tony Millard after a long quarantine process and went within a short head of winning at his local debut back in October.

Millard had high expectations for Secret Command, who is a full brother to star South African mare All Is Secret, but the grey gelding has yet to truly deliver on that early promise.

Still, Millard has always said his South African imports would need time and now Secret Command gets the chance to come into a race off a one month break against what looks inferior opposition to his recent starts.

Millard has held his four-year-old back for a Class Three special conditions race for horses who have raced at least three times this term, but have yet to win in 2014-15.

Even though Secret Command has not won, he has come close and had his share of bad luck too, with a few bad barriers making life difficult for him.

His last two starts at 1,400m have been sound - a half length third behind runaway leader Outlawed and a second to Dashing Fellow in early May - and at this stage the distance looks ideal.

Douglas Whyte jumps on Secret Command for the first time in a race, but was aboard him for an impressive blowout in a 1,050m barrier trial a week ago, where Millard's sprinter was given a good fitness test.

Barrier two is a lovely draw for a horse that has the natural gate speed to sit where he wants in this type of race, and the barrier will allow Whyte to gain an ideal position just back off the speed.

Where the pace comes from is difficult to predict - Numero Uno (Olivier Doleuze) was left flat-footed in the early stages last time out, but his usual pattern is to be handy and he seems the logical leader, yet he might not get an easy time in front. Chancellor might not have the pace to get across from gate 10 over 1,400m, but on his outside it would seem Popping Candy would be put into the contest. Eagle Power has also been held-up of late but has led previously.

Include Numero Uno, while Great Charm (Neil Callan) has dropped to a rating where he should begin to be competitive.

Victory Heart (Derek Leung Ka-chun) and Metallic Star (Zac Purton) are options in what is obviously a weak race.

A wide open and unpredictable Class Four over 1,200m on the all-weather track forms the second leg of the TT, and punters could take Richard Gibson's Super King Star (Ben So Tik-hung) after a couple of good displays on the dirt.

Hurry Hurry Up (Olivier Doleuze) comes back to a more suitable trip and could improve on recent displays, while Easy Success (Brett Prebble) is another who should run well.

Bernard's Choice (Jacky Tong Chi-kit), Modern Fortune (Karis Teetan) and Trillion Treasure (Jack Wong Ho-nam) are all options, and while Baltic Warrior (Callan) comes to the dirt for the first time, he is a chance.

The final leg is a Class Four mile, where Great Toplight (Prebble) gets a great chance to break through for a second career victory.

Great Toplight was unlucky to be beaten a nose in the wet at Happy Valley last start and even though he comes to the more demanding Sha Tin 1,600m for the first time, he seems up to it on his recent efforts over 1,650m at the Valley.