With the help of an advantageous draw and a light weight, David Hall's Rad can solidify his place among the best straight track specialists in town with a win in the Group Three National Day Cup (1,000m) today. 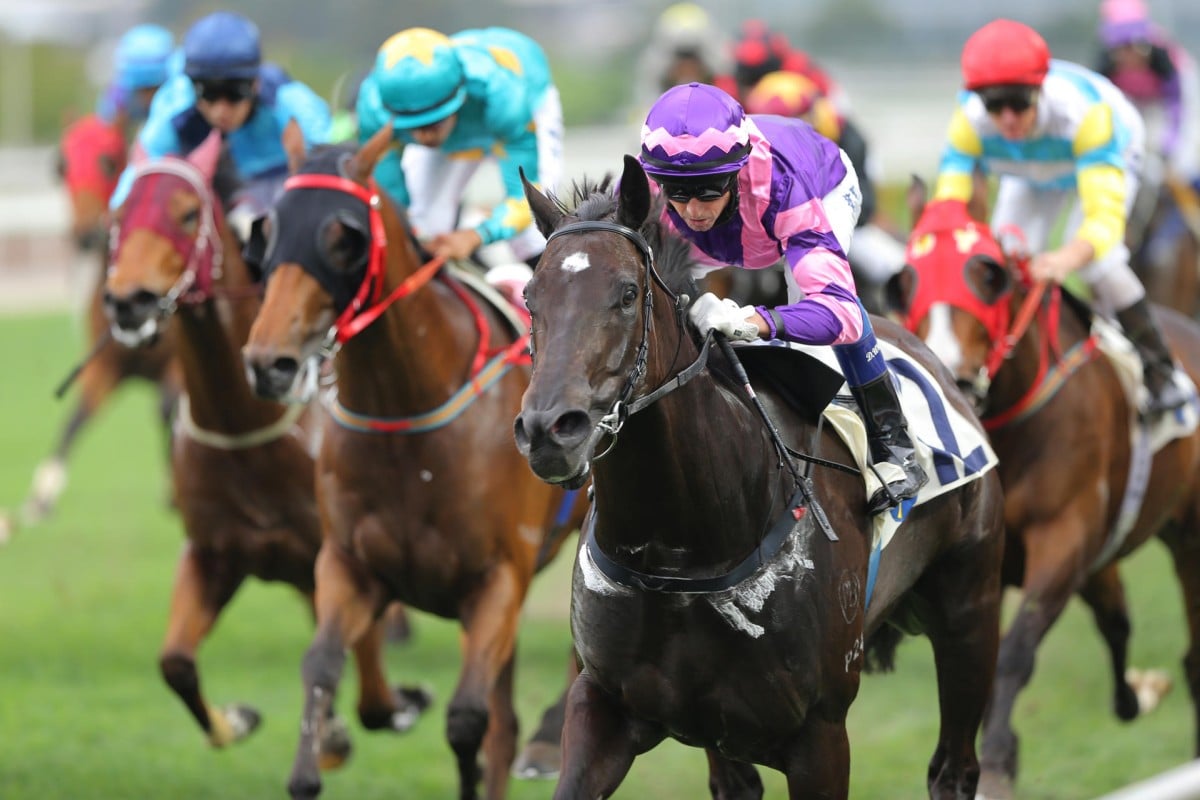 Rad wins the Bauhinia Sprint Trophy under Douglas Whyte in April, his fourth win from five starts down the straight. Photo: Kenneth Chan

With the help of an advantageous draw and a light weight, David Hall's Rad can solidify his place among the best straight track specialists in town with a win in the Group Three National Day Cup (1,000m) today.

Rad's career has been stymied by injury - now six, the Australian import has had just nine lifetime starts but boasts an almost flawless four from five record over today's course and distance.

His only defeat, ironically enough, was in this same race last year, but that came when first-up from injury and clearly underdone, the gelding pulling up with muscle enzyme issues as well as sore hindquarters.

Rad (Douglas Whyte) gets a chance to atone today with a draw that puts him right in the firing line and with the added benefit of his three biggest rivals faring badly with barriers that put them on the worst part of the track.

The highest rated runners - Tony Cruz-trained Group One winner Peniaphobia (Joao Moreira), international Group One winner Amber Sky and Rad's stablemate Bundle Of Joy (Gerald Mosse), the winner of this race last year - occupy the barriers closest to the centre of the course.

Despite the slight modification of installing a false rail three metres in from the grandstand rail, the outside fence appears the best ground in straight races. The trio at the top of the weights will have to work hard to take close order, and not everyone is going to make it to the perceived fast lane. But from barrier eight, Whyte seems to have those drawn on his outside covered and should be able to take the coveted "1A" spot early.

With the loss of Hong Kong's only Group One up the straight, this is a golden opportunity for Rad to win over the specialist course and in turn push for a Dubai invite later in the term.

Rad's best winning times stack up well with his more accomplished rivals and he might still have some wiggle room with his rating - rare for a horse of his age, but understandable given the stop-start nature of his injury-riddled career.

His comprehensive Bauhinia Sprint Trophy win in April was one of a horse on the up and it seems he has had a rare smooth preparation since, including an excellent trial behind Amber Sky just over a week ago.

He gets in with 120 pounds and the race, formerly known as the Sha Tin Sprint Trophy, has been won by a horse carrying 122 pounds or less on seven of the 12 occasions it has been run.

The other main chance looks to be John Moore's Not Listenin'tome (Neil Callan). He is another struck a blow by the draw, but if he can recapture his best - a big if, given the up and down nature of his career - he could be a serious threat.