Little Luck and no Win, but Joy will come soon for Gibson galloper

Joy Luck Win had a sad story at his first run for Richard Gibson on Wednesday night at Happy Valley, but the good news going forward is that he should soon make amends. 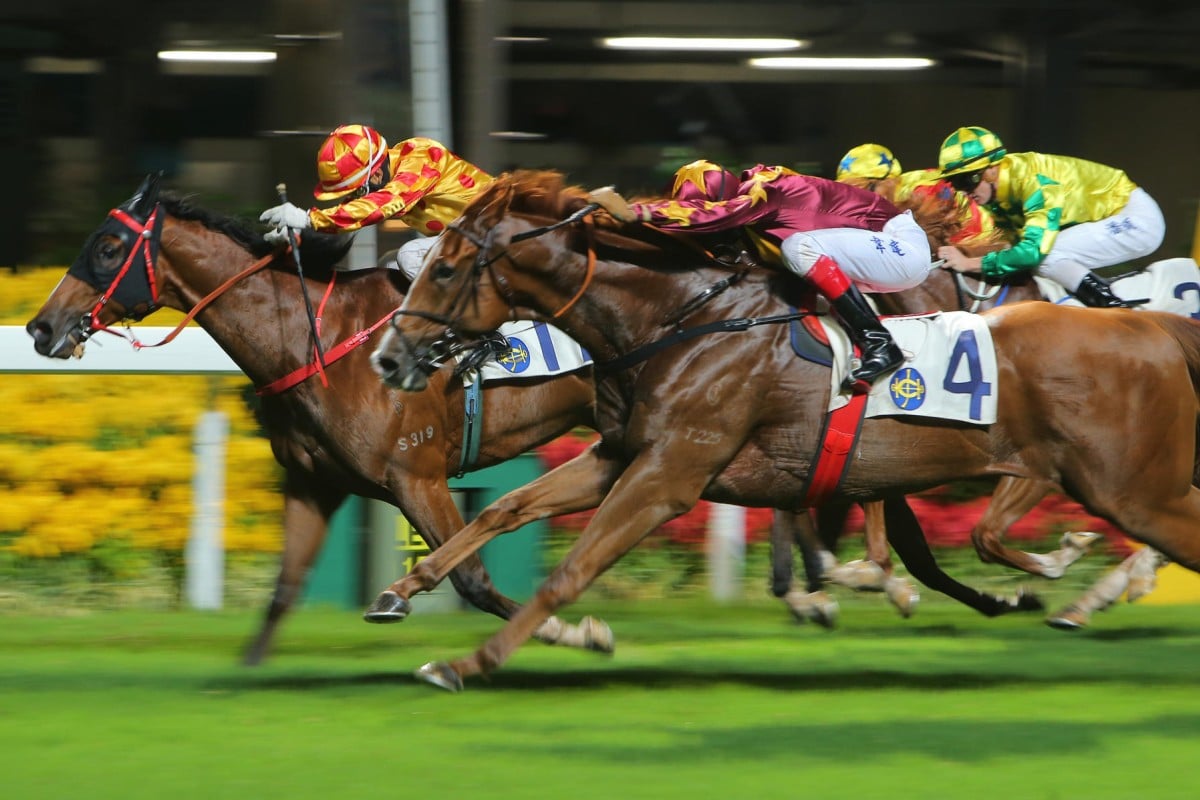 Joy Luck Win had a sad story at his first run for Richard Gibson on Wednesday night at Happy Valley, but the good news going forward is that he should soon make amends.

A winner of three races in New Zealand, Joy Luck Win ran very well at two starts for Paul O'Sullivan last season over the Valley 1,200m and that was again the stage for his performance behind Romantic Cash at his first appearance since June.

Douglas Whyte planted the five-year-old in the one-one trail but the crunch came rounding the home turn when two-wide leader Yo-Yo Da had nothing left at the 400m and Whyte was snookered on his back and had to wait. Then, when the leader Grace Heart kicked for home, jockey Derek Leung Ka-chun was able to angle Romantic Cash out and take the run Whyte wanted and by the time Joy Luck Win got clear it was over.

Strathearn was another with traffic issues at Happy Valley when he probably should have won the third race instead of finishing fifth.

The Gerald Mosse-ridden gelding has been drawn wide several times lately, but from gate one this time became a victim of the race map, as 100-1 chance Tribal Glory was in gate two and always looked to have enough early pace to cross in front of the Tony Millard-trained five-year-old. That's what happened and Tribal Glory was a speed hump from that point on and the speed hump became a brick wall when the pressure went on.

In a modestly run race, the field didn't open up and after taking a little time to steer around Tribal Glory, Mosse was still surrounded by the runners with momentum sweeping up away from the rail.

Strathearn's record might not grab you - 11 starts now without a placing - but he has had no luck with wide gates most of that time and this time wasn't fully tested to the line when he did draw a barrier at last.

Luck's a fortune but all the gelding is looking for is an even break and he should be able to win one at either track.