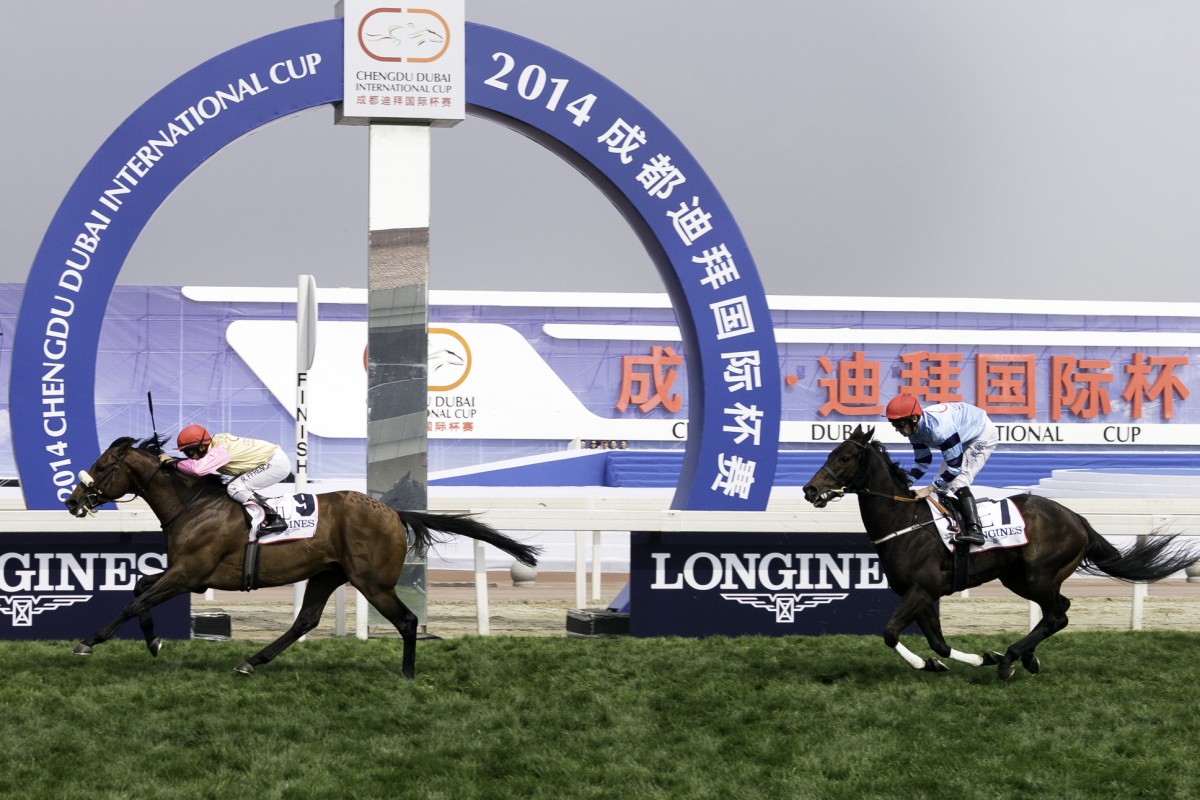 The Chengdu race meeting planned for next Saturday has been postponed due to equine influenza. Photos: SCMP, Kenneth Chan

Next weekend's scheduled Hong Kong Jockey Club-sponsored race meeting in Chengdu will be postponed due to an outbreak of equine influenza in Wuhan. The historic race meeting was to be the first step in a strategic partnership announced in September by the Jockey Club and the Chinese Equestrian Association. Although the CEA has yet to formally call off the meeting, as it is trying to reschedule the races, it has informed the Jockey Club, as the day's key sponsor, that it will not go ahead. Horses which had been competing at Wuhan were found to have equine influenza and had to be quarantined, and, as they included the horses which were scheduled to compete in the race day at Chengdu, that rendered the situation impossible. Alan Aitken

It wouldn't be too often that the reigning champion trainer takes two months of the new season to land a Happy Valley winner but stable stalwart Griffindor put John Moore on the scoreboard at the city track yesterday. Moore had only saddled up eight runners at the Valley before Griffindor (Neil Callan) managed to turn in his usual win for the season. "It's taken time to get these horses fit and I haven't had a lot of runners at Sha Tin either," Moore said. "Griffindor does his best at Happy Valley, gets on with Neil and he usually wins one a year and that's it but I'm hopeful he might manage another with a light weight in Class Three." Callan said Griffindor had jumped better than his usual poor standard yesterday but had been more focused than he often is in races. Alan Aitken 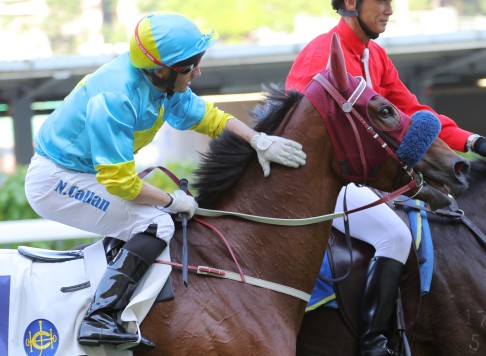 Barely a meeting goes by without David Hall landing a winner and the Australian kept up a terrific recent strike rate when Craig's Fortune was again heavily backed but this time his backers got paid. Craig's Fortune (Zac Purton) was slammed in the market when he had his first run for Hall a month ago but was caught wide before running sixth at Sha Tin. This time, from a better draw, the five-year-old was again hammered but broke through at his fourth race. "Even though he's five, he is immature and hasn't really been mentally or physically equipped to do the work he has to do to get to the races so he's been a bit of a headache," Hall said. "Everyone has seen that he has some talent and he's got the win, which is great, but I'll have to keep cuddling him." Alan Aitken 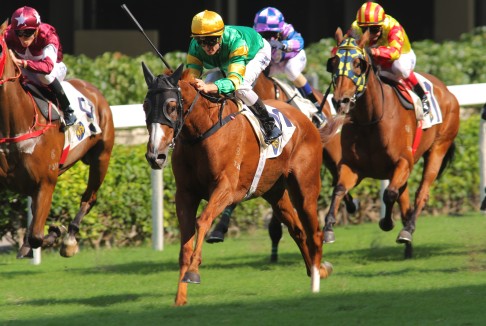