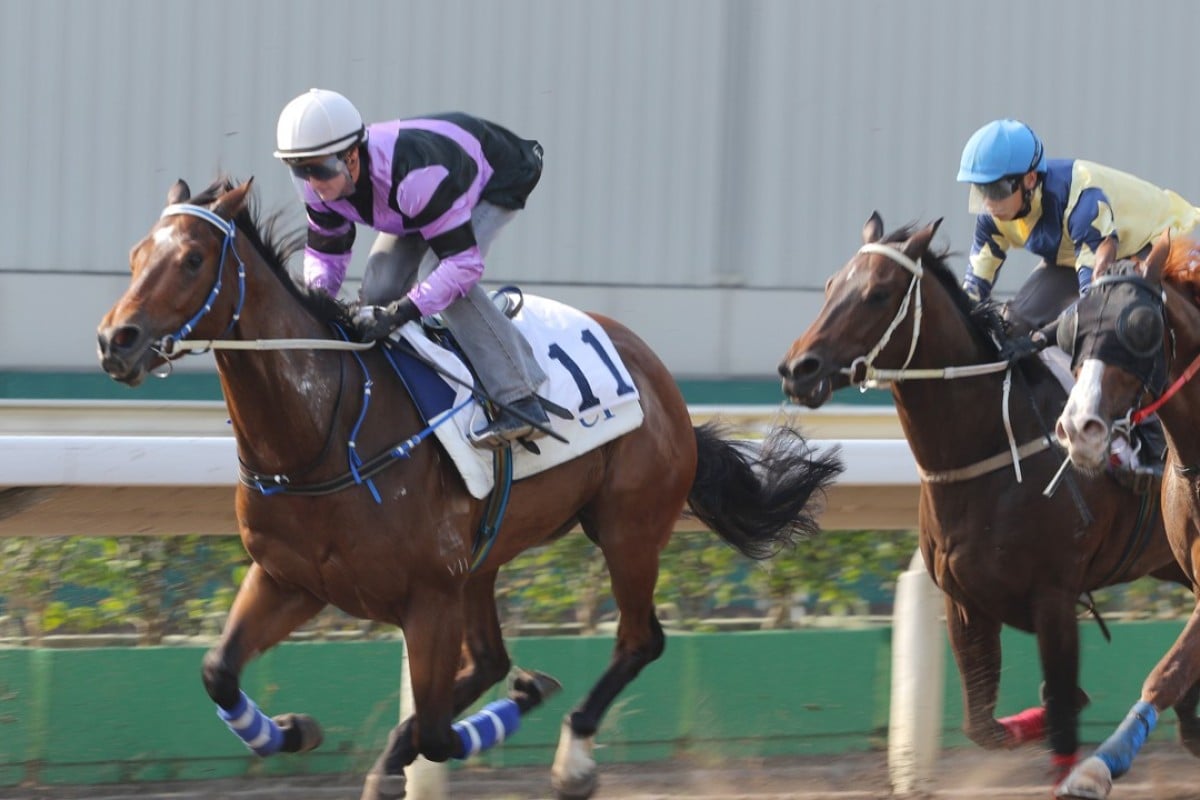 Joao Moreira seems to have the run of the lot when it comes to booking rides of late and the Brazilian has jumped on the right horse at the right time in the first and last leg of Wednesday night’s Triple Trio at Happy Valley.

Formula Galore did well to be beaten less than three lengths over 1,200m at the Valley in November

Moreira has had just 12 rides for Fownes this season, wining three, but three-year-old Formula Galore is the first of two for the stable tomorrow, in the opening legs of the TT.

Drawn wide and taken straight back to the tail on debut, Formula Galore did well to be beaten less than three lengths over 1,200m at the Valley in November, before sticking on for fourth last start.

Over the same 1,200m course, Formula Galore was pushed hard at the start and found himself in the midst of a speed battle, not getting much respite during the first half of the race. Eventually he mustered a challenge in the straight but the swoopers descended, favoured by the pressure that had been poured on up front. Haymaker stormed home from the back half of the field to win, with subsequent winner Hang’s Decision making a similar run for second. Moreira takes over from Vincent Ho Chak-yiu and will again be looking to sit handy on the C course in a race that doesn’t seem to contain the type of horses that will make for the same sort of early fireworks.

Still, this is by no means an easy task for a horse at his third start, with Timely Arrived (Keith Yeung Ming-lun) gunning for his third win in four starts, Ryan Moore replacing Moreira on the in-form Sharp Hunter and Fabio (Brett Prebble) another finally finding some form.

Circuit King (Neil Callan) is one to consider in the 1,200m Class Four, coming off a much-needed break of five weeks since his last run, with a drop back to 1,200m and a nice draw.

Moreira is no stranger to Red Dancer, having been on board for all three wins of the six-year-old’s local career, but is back in the saddle for the first time this term after the European import was an encouraging last-start third for Gregory Benoist.

Red Dancer’s last win came off a mark 74 – the same rating he brings to a 1,650m Class Three that doesn’t look particularly daunting, and Ronald Arculli’s horse seems to have taken a liking to the Valley.

Of the others, Peter Ho Leung’s Ten Flames (Derek Leung Ka-chun) steps up to 1,650m for the first time after winning three of his last four over 1,200m and should be included.

In the middle leg, Moreira has an each-way chance on Da Vinci in a 1,000m Class Three and put him in, but go with Brilliant Proposal (Douglas Whyte) as banker, ahead of Smart Declaration (Moore) and Kingston Jumbo (Silvestre de Sousa).