The Paul O’Sullivan-trained sprinter seems to have overcome heart ailments and should strip a fit horse for next Sunday’s big meeting, judging by his solid dirt trial win 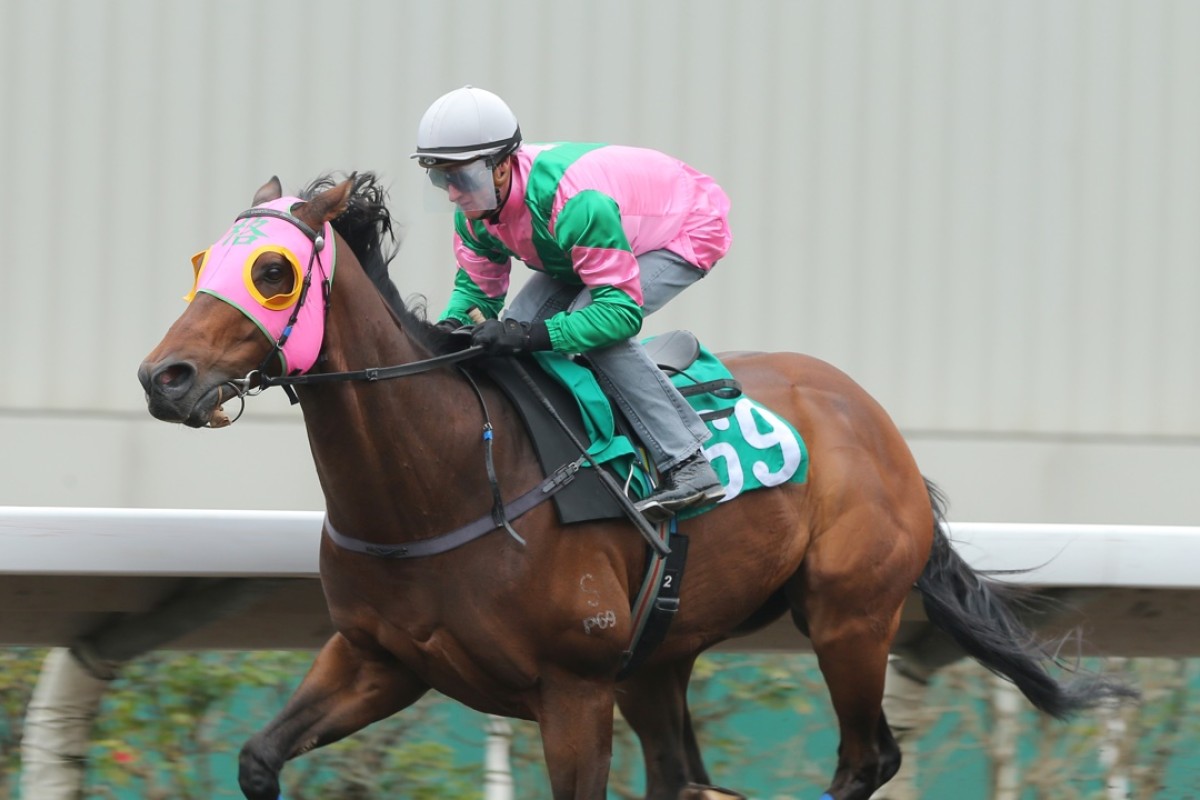 Aerovelocity, with Zac Purton aboard, had a strong second trial and is good to go for next Sunday’s big meeting. Photos: Kenneth Chan

Trainer Paul O’Sullivan has left no stone unturned with star sprinter Aerovelocity as the gusty competitor was given a clean bill of health after completing a strong trial wearing a heart monitor at Sha Tin on Tuesday.

O’Sullivan then elected to skip last December’s Group One Hong Kong Sprint, forgoing a shot at a US$1 million Global Sprint Challenge bonus, in favour of some rest and recuperation for his seven-year-old.

Tuesday’s 1,200m dirt trial under Zac Purton, where Aerovelocity beat home his over-matched opposition by more than four lengths in moderate time, was his second trial back and while there were some signs of rust, the horse’s health was the prime concern for O’Sullivan.

After viewing the heart charts with vets yesterday afternoon, O’Sullivan said there were no signs of the ailment that had restricted Aerovelocity earlier this season and confirmed the reigning Sprinter of the Year will take his place in next Sunday’s Group One Centenary Sprint Cup at Sha Tin.

“We are far more pleased with him heading into this than we were earlier in the season,” O’Sullivan said. “He went well, but just as importantly, his heart was good and he looks good. We went into his last start not knowing what was wrong, but not happy. We are a hell of a lot happier this time around.”

Purton was also pleased with the effort. “It was a nice trial, he was quite relaxed in the early and middle stages of the trial, and when we got to the 500m mark, the horse on my outside began to improve and he picked up nicely,” he said. “Today I let him stretch his legs to give us a feel of where he is really at and I was more than happy.”

The first trial of the morning saw a host of top-liners get a workout ahead of upcoming feature assignments, with Tony Cruz’s Hong Kong Sprint winner Peniaphobia (Joao Moreira) looking particularly well while winning the opening 1,000m turf heat.

Behind him, Centenary Sprint Cup rival Packing Pins (Gerald Mosse) moved well ahead of his drop back in distance, while Group One Stewards’ Cup hope Giant Treasure’s trial with Derek Leung Ka-chun aboard would have pleased trainer Richard Gibson.