South African rider has been struggling to gain rides, and after a recent injury has applied to leave Hong Kong

WATCH: The colour of the 2016 Chinese New Year Cup races

South African jockey Richard Fourie remains unfit to ride on the weekend but has already applied to cut short his club jockey contract. Fourie injured his lower back on February 1 at trackwork and has not ridden for several meetings now. It had been thought he would return at Sha Tin on Sunday but stewards have received a medical certificate that says he is not ready to do so. Fourie has battled for viable opportunities this season with the surfeit of lightweight jockeys and has racked up only six winners. Even without the injury woes, he already has an application to go before next week’s Licensing Committee meeting seeking permission withdraw from his contract anyway, just halfway through his full season riding licence. Alan Aitken

Singapore-based Australian jockeys Michael Rodd and Corey Brown answered an unexpected invitation to ride at Sha Tin due to the number of riders sidelined, and Brown managed to land Chevalier Star for John Moore to snap an especially long ‘drought’. With racing in metropolitan areas of Australia, standby options were limited for the stewards yesterday, but Singapore doesn’t race midweek, allowing Brown and Rodd to drop in. Chevalier Star was Brown’s first Hong Kong winner since March 2006, an almost decade-long drought since he left the full time roster here to ride at home in Australia and more recently in the Lion City. “Obviously the winner was the highlight but I’m always happy to come and ride here and I was happy to see that the owners and trainers hadn’t forgotten me – I had rides in eight of the races,” said Brown. Alan Aitken 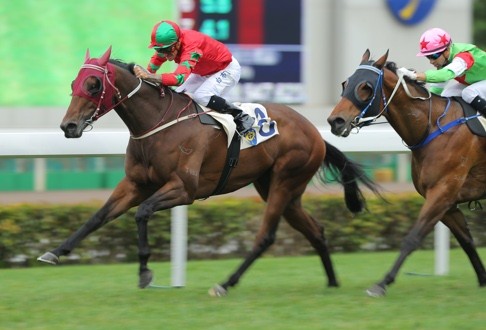 Danny Shum Chap-shing is an unabashed fan of Ryan Moore – especially the Englishman’s vigour – and the trainer said the champion jockey extracted every ounce of effort from Presidentparamount in the Good Fortune Handicap in a terrific winning ride. “He is amazing, his whip use is amazing, he hits them very hard and when he goes for a horse, he really gets them to try,” “Shum said. “The way he got that horse to the line today, I don’t think he can go any better. We might have trouble getting the same result next time with no Ryan.” Jockey Moore endured an up and down day – he was dislodged from Forever Fun before the opening race, the second time in three meetings that his ride has been a late scratching before the opening race, but he bounced back to bring up his 11th winner of the season. Michael Cox 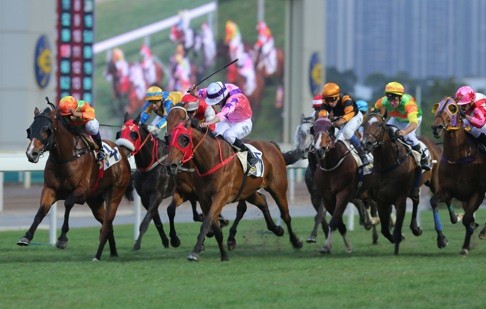