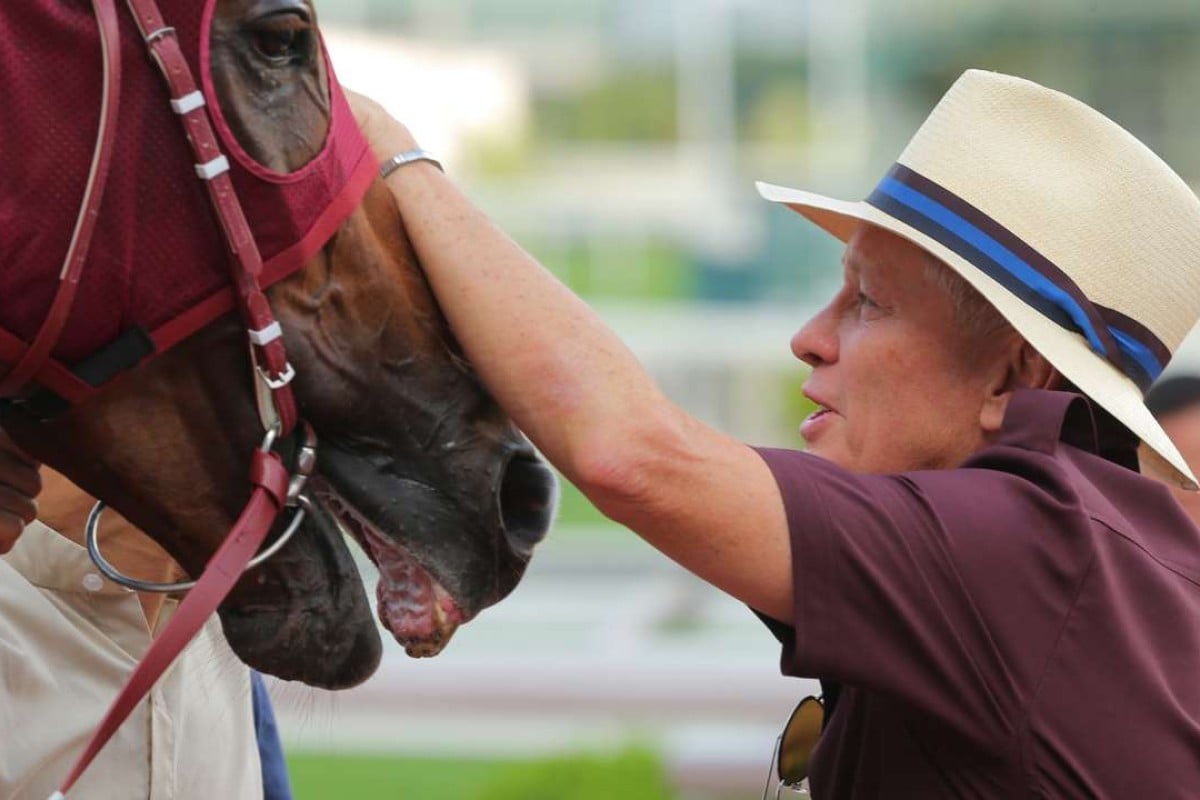 John Moore gives Rapper Dragon a pat after his win in the Lion Rock Trophy at Sha Tin in May. Photo: Kenneth Chan

John Moore was given a green light by owner Albert Hung Chao-hong during Wednesday’s stable bai-sun ceremony to change course with nominal Derby favourite Rapper Dragon towards the Longines international meeting but is likely to part company with his usual rider, Joao Moreira.

As the then three-year-old made his way to a stunning 114 rating last season, Moore said he had no plans to target the internationals with Rapper Dragon and would steer a steady course to take in the three four-year-old Group Ones with the gelding, who is already more highly rated than most Derby winners are post-Derby.

At that time, Moore was content he had a trump card for the Hong Kong Cup in the world’s joint fifth-rated racehorse, Werther, and didn’t want to overtax the new four-year-old Rapper Dragon if it wasn’t necessary.

But with Werther’s track accident at Sha Tin last Saturday leaving him sidelined for the rest of the year, the trainer asked Hung if he was interested in switching to an earlier target worth HK$25 million.

“Albert was at our bai-sun and said he had no objection to running Rapper Dragon in the Hong Kong Cup,” Moore said.

“This horse is tough and has the constitution to be able to cope with the extra workload and be at his best in both. All he will need is a freshen up after December to get back on path for the Derby.” 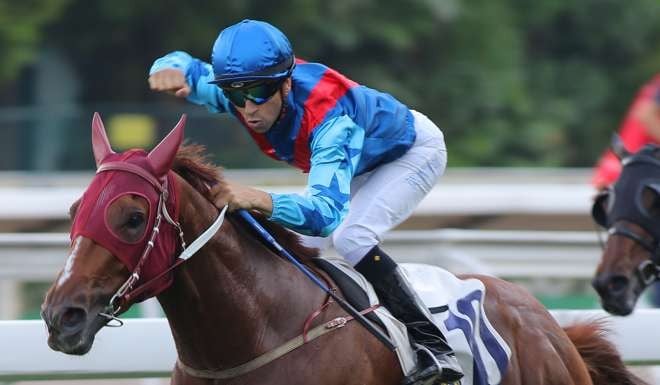 Not since Lucky Owners won the 2003 Hong Kong Mile on his way to the 2004 Derby has a four-year-old managed any similar feat and few have even attempted it.

Rapper Dragon’s early season programme will now change too, with the gelding making an earlier than previously anticipated return to racing.

“He’ll have two starts into the international race – first-up in the Sha Tin Trophy at the end of October, then the Jockey Club Mile, then the Cup,” said Moore, but admitted the question of a jockey is an open one.

“It’s up in the air if Joao’s going to ride [Japan star] Maurice but I’m not too worried. I have Tommy Berry and Hugh Bowman in the picture.

“Tommy’s probably going to be offered the ride on Designs On Rome. Hughy would have ridden Werther, of course, so maybe it will be him but I’ll want someone who can ride the horse in his lead-up races as well as the international.”