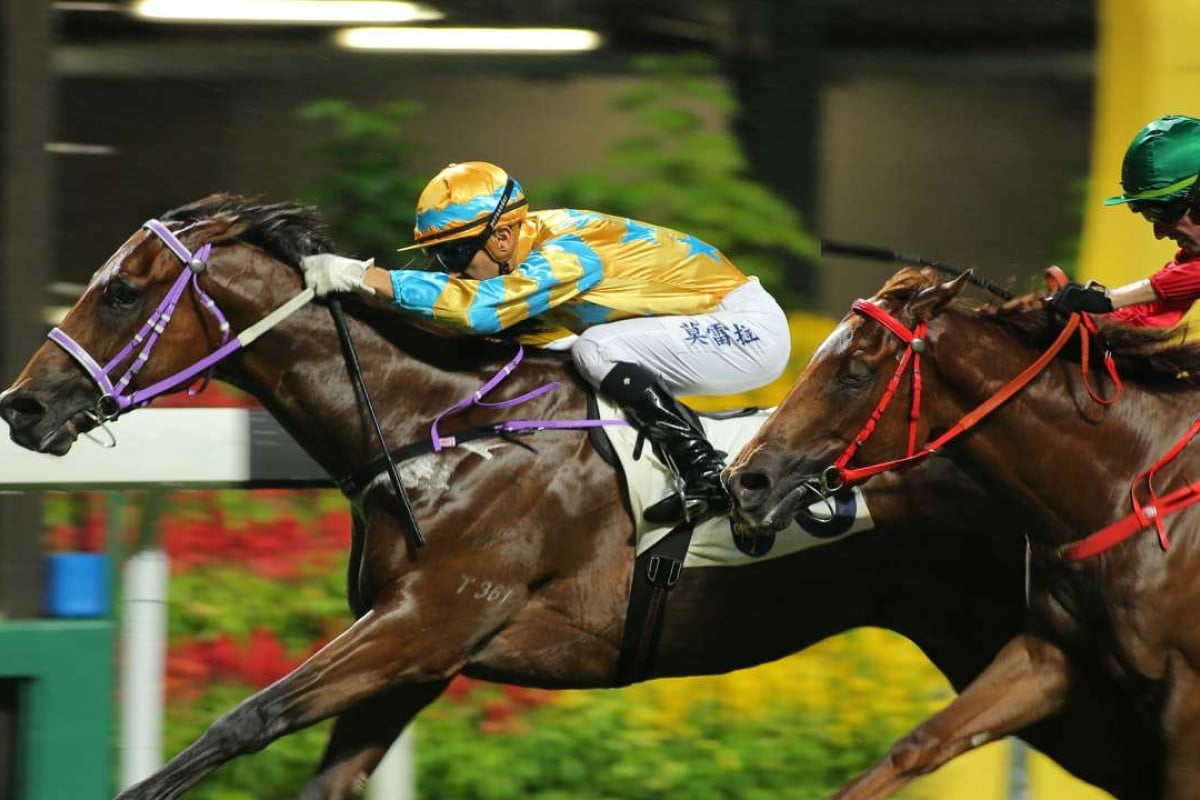 Flying Monkey extends away from his rivals in his season-opening victory at Happy Valley in September. Photos: Kenneth Chan

So is the early season leader in the trainers’ championship with 10 wins from the first eight meetings and Flying Monkey looks an obvious candidate to add another to his tally.

Flying Monkey (Joao Moreira) finished runner-up four times as a three-year-old but the impressive nature of his first-up win at the opening Happy Valley meeting of the season was a strong indicator that So’s sprinter has come back a more accomplished competitor at four. 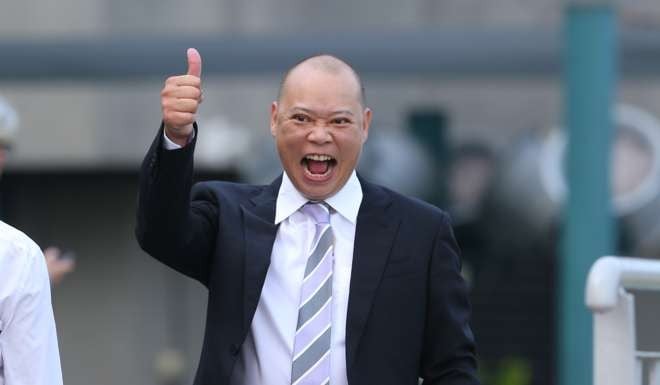 One of those second-placings last season was a nose defeat to Never Better (Douglas Whyte) – who resumes here meeting his rival four pounds better off despite beating him last time they met.

What works against Never Better this time however is gate 10 – last time he drew one on the “C+3” and had Flying Monkey’s back the whole way as Whyte box seated and still only just ground out the victory.

One to watch from a much better draw is Dennis Yip Chor-hong’s Victor Emperor (Chad Schofield).

The five-year-old has drawn barrier 10 twice at Sha Tin this season and still ran home well, but now returns to 1,200m at the smaller track – the scene of his last win midway through last season. 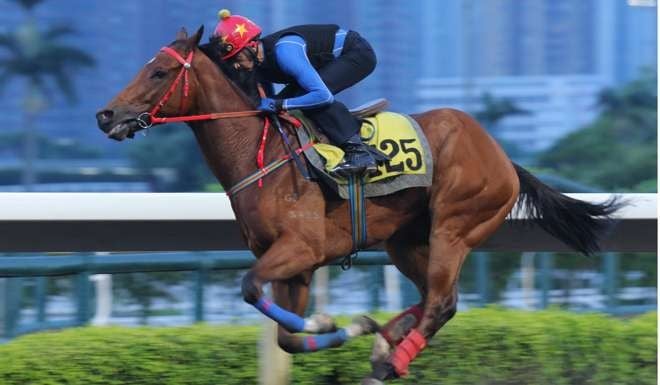 Coincidently, that also came from barrier one and a box seat run, and if Schofield can get a close spot at start or even box-seat, which won’t be easy on a horse that is perhaps losing early speed, it could be key to his chances as he will get the final shot at the likely leader.

Gainfuljet (Matthew Chadwick) is an interesting runner, he was third behind promising type Jing Jing Win and Winning Boy, who ran well again on Saturday.

The biggest influence on the race for Gainfuljet could have from gate 12 however depends on how insistent Chadwick is on leading from that draw.

A wide gate may have also thrown a spanner in the works for Manfred Man Ka-leung’s smart sprinter E-Super (Neil Callan), who emerged as a Valley specialist late last term after at first seeming like the Sha Tin straight would be more his forte.

The five-year-old returns to the same 1,200m course where he has won his last two, but Callan will have his work cut out from the draw as E-Super looks to haul top weight of 133 pounds and break into Class Two. 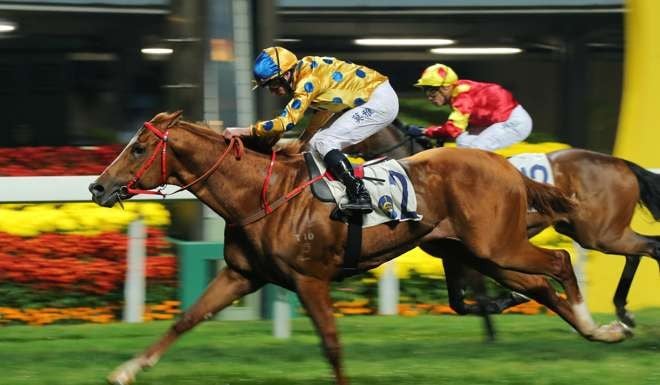 In E-Super’s favour is that the KC. Goods Funds Services Handicap seems a below-par Class Three – but one to keep a close market watch on is Why Why (Zac Purton).

Why Why moved to Caspar Fownes’ stable midway through last season and after struggling to make an impact in Class Two dropped in grade last start.

Purton had no choice but to go back from a wide gate at Sha Tin two weekends ago, but Why Why worked home satisfactorily and from barrier one this time the six-year-old will be closer and gets his chance on a track that might suit him more these days.

In the opening race of the night, Richard Gibson’s Kerkeni (Zac Purton) gets another golden opportunity to snap a 19-race winless run with a Class Five victory in the Kwoon Chung Motors Handicap.

Even though Purton gave Kerkeni a lovely ride last start, he was set an almost impossible task when the leaders walked through the middle stages.