These runners make the black book a thing of Beauty Zac Purton’s “Beauty” connection is paying its way this season and one and possibly two from the string made it into the black book from Wednesday night.

Purton was aboard one of them, the aptly-named Beauty Connection, while apprentice Kei Chiong Ka-kei was on another, Beauty Love, but both Tony Cruz-trained horses look to have a win coming shortly regardless of who rides them.

Beauty Connection was very heavily-backed at his first run dropping down to Class Four and the support was fully justified judging by the way the four-year-old stuck to his guns to go down by only a neck behind a useful horse in the making in Junzi.

From gate nine, Beauty Connection did a power of work getting over to a position outside speedy Lyric Ace in the lead and he defied all efforts to get past him until the winner swooped with an eight-pound weight pull.

With a softer run or a better draw, Beauty Connection quite likely would have got away with the race so he’s worth following. Note that the rehandicaps on Thursday have pushed him back up to Class Three for the moment, where he might be able to pinch one off a light weight, but there would be more confidence in his ability to win if he makes his way back down to Class Four again.

Beauty Love also might have gone closer than fourth with a softer trip in the lead with stewards telling Chiong she probably erred in getting into a one-on-one duel with another apprentice-ridden leader Lucky Hammer who was drawn inside her. 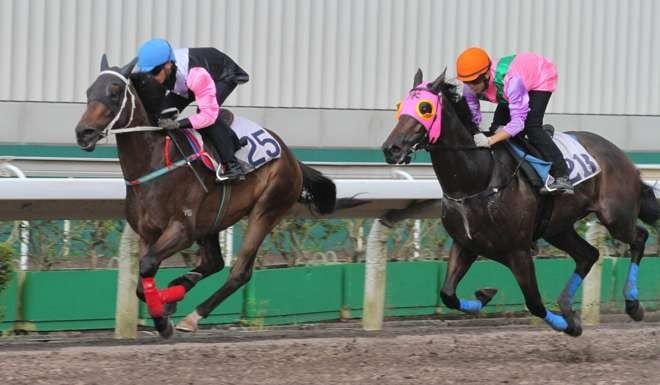 Beauty Love presses forward normally and the jockey was instructed to ride him that way so the blame isn’t hers, but a more experienced rider might have been prepared to sit outside Lucky Hammer, take the steam out of the tempo and not use so much energy getting around him.

At the finish, Beauty Love was only beaten a length and a half by So Caffe, who did do it pretty comfortably, but an easier run early might have been enough to make that a solid second to a winner who should towel them up in a Class Two in his current form.