Chaos theory: would Eastern Express have won the Ladies’ Purse if Helene Paragon wasn’t there? 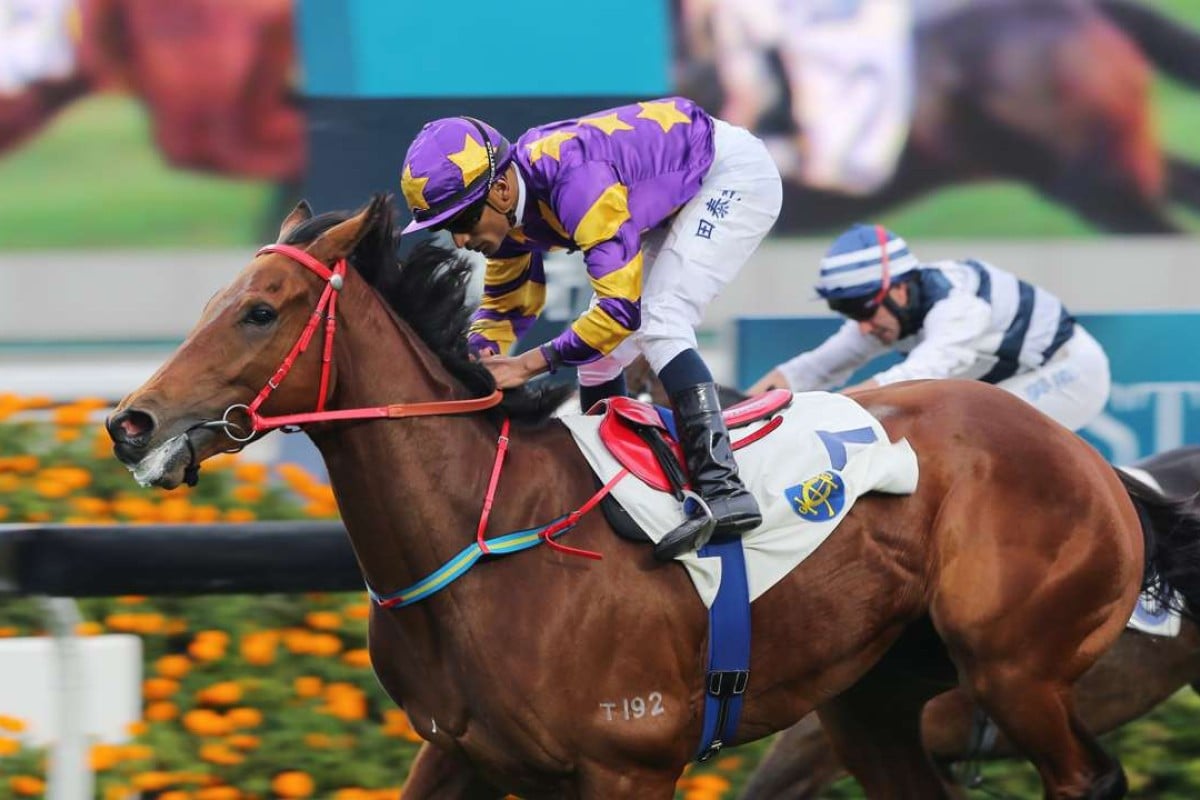 It’s hard to dislike chaos theory. You know, the old “butterfly effect” about unintended consequences that they make movies around? A butterfly flaps its wings in the Amazon jungle and it leads to Donald Trump’s hair, that kind of thing.

It wasn’t your classic example, and we aren’t anticipating military coups as a result, although for Trump’s hair it may be too late, but there was a bit of chaos theory happening around the Ladies’ Purse on the weekend that probably cost Eastern Express the race.

The mere presence of Helene Paragon changed the race in several ways, not only the obvious one in that he represented the ‘class’ in the race and one more contender but because he completely altered the weight structure and quite probably the way the race was run.

The Ladies’ Purse hasn’t been a race, historically, to attract many 123-raters but having Helene Paragon in the race on that mark squashed the weight structure by an additional six points over what would have happened had the next highest-rated, Gun Pit, been top weight. 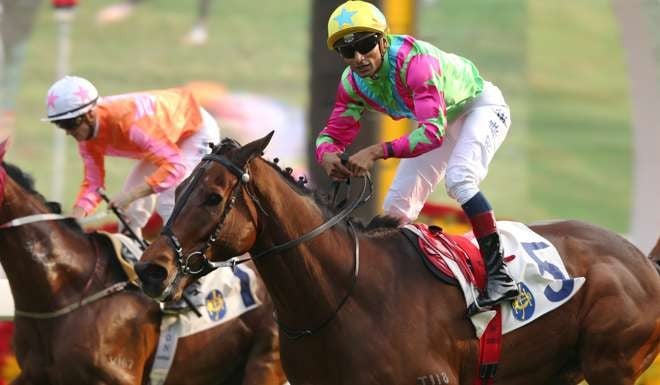 Eastern Express was always going to be out of the handicap with his 89 rating and handicapped to carry 113 pounds, but his relationship in the weights with other runners would have been less disadvantageous.

The winner, Horse Of Fortune, for example, would have carried six pounds more – arguably a theoretical difference between him beating Eastern Express (who was less than length behind him) and not.

But, like the old butterfly wings scenario, there were other unintended consequences. Had Gun Pit been top weight, Basic Trilogy would have had 116 pounds to carry, and perhaps John Moore might have engaged a more senior rider than Kei Chiong Ka-kei.

But Basic Trilogy’s weight was pushed down to 113 pounds and the options disappeared, which is why we had two claiming apprentice riders in a race a little above their pay grade.

And while we’re not out to hang anyone for inexperience – and there are some more senior than KK and frequently guilty of the same fault – it made for an interestingly-run race when Basic Trilogy tore through the section from the 1600m to the 1200m in 21.56 seconds seeking the lead, then stood on the brakes when he got it. 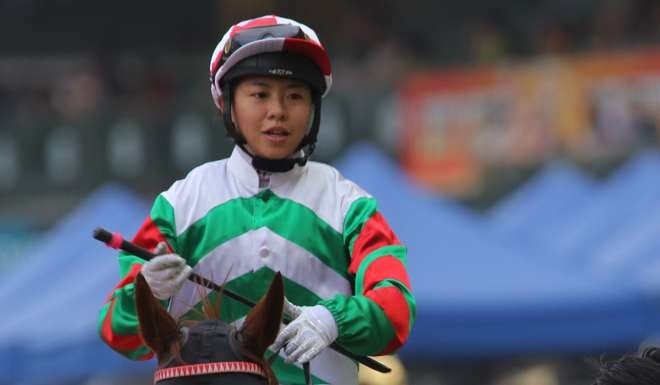 The next 400m was run in 25.18 seconds and was the reason why you can see on the replay jockeys back in the field grabbing their horses and checking. It was the reason that Craig Williams set off wide around the field on Anticipation when the race came back in his face.

That is just too fast a slowdown – popularly known as an anchor drop. We saw something similar in the Sha Tin Trophy that allowed Designs On Rome to circle the field and win – it really doesn’t help the leaders as some might have you believe.

Anchor-dropping is a manoeuvre with inherent safety issues, which is why stewards frequently chip riders about it, but choking off the speed completely also tosses away the natural advantages of leading.

Smooth is king on leaders – getting there and staying there – and we’re sure that KK has the best of all possible instructors to improve in that area as the Jockey Club’s chief mentor for the apprentices, Felix Coetzee, was as good as anyone we’ve ever seen at riding in front. 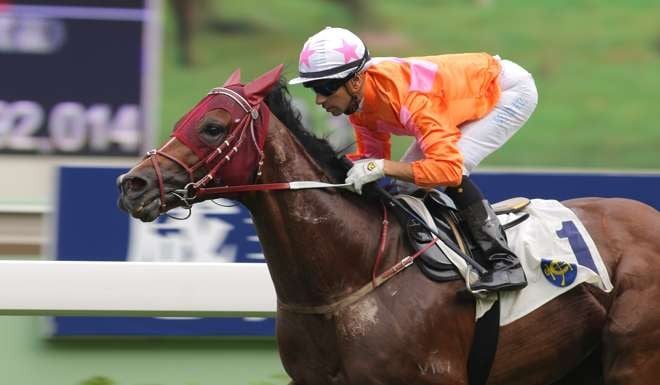 But our chaos theory point is this – the Ladies’ Purse would have been a different handicap and probably run differently had Helene Paragon not turned up. Now whatever Eastern Express’ international ambitions might be, he’ll have to make his case in the Jockey Club Cup under set weights.

Voided race vanishes into thin air – in some quarters

Kudos to whoever at the Jockey Club is in charge of their downloadable racebook form guide but the void race at Happy Valley two weeks ago does serve as evidence that the club has many moving parts.

The day after the notorious “Rakegate” malfunction, we received calls and emails from near and far regarding the video replay of the event. On the Thursday morning, it was not posted on the club’s multimedia website page that carries all results and replays and people were concerned that it would be consigned to the “never happened” bin.

However, by Thursday afternoon, the replay was up for everyone to see, even if the result page attached has nothing but dividend information. 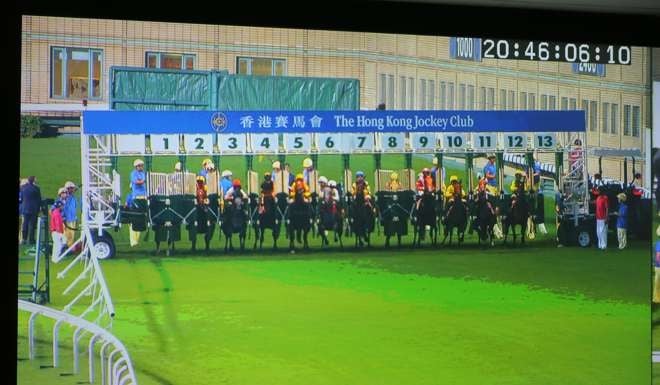 Regular readers will know that this column has had a regular scuffle with the club over the inclusion in the results and form of “non-runners” which actually ran – ie for some reason, post-race, they were declared non-runners and the evidence of that run expunged from the records.

Our view is that it should appear in the form and results – because the horse has had a race and so it’s important in terms of fitness if nothing else – but where the finish position would normally appear, it should simply read “N/R” or some such indication.

All other details normally published for a runner should be published just the same.

So, when there was a whole race of non-runners, our expectations were pretty low until, with a gasp of disbelief, we saw in last Sunday’s form guide that Golden Glory’s run in the void race appeared – okay, not in its entirety with all the details but in a way that acknowledged that there had been a run on October 26.

Why put all the details for a race that didn’t count? Well mainly because most of the jockeys in the race didn’t ride knowing the race wouldn’t count – Douglas Whyte, you’re excused from this discussion because clearly you knew that it would be a no-race and allowed Breeders’ Star to trot around a very long last all the way.

So, even if the other riders suspected a no-race, they mostly rode like it would count or until they heard otherwise – there were therefore actual performances, including the winner, D B Pin, who posted a career best. (Zac Purton, who rode him, would doubtless have given evidence afterwards that he could see nothing wrong with the start, although we hear that the stewards quickly informed him his opinion wasn’t needed.) 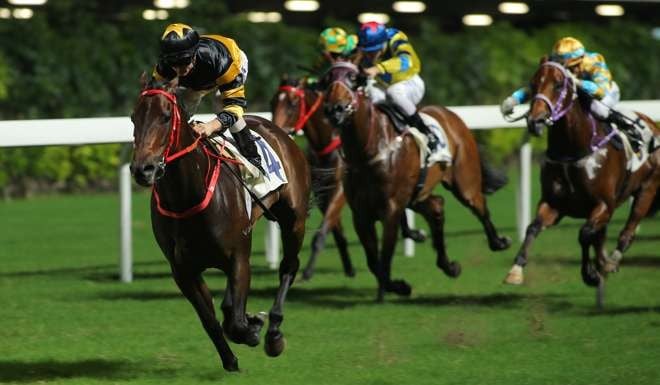 Anyway, well played whichever club department or departments was or were behind the replay being posted, and behind the “V” in the form guide against runners involved. Now, if we can just get you talking to the other department which looks after horse form records on the Jockey Club site (and from which the Post gets its form lines for publication), where there is absolutely no record of the race.