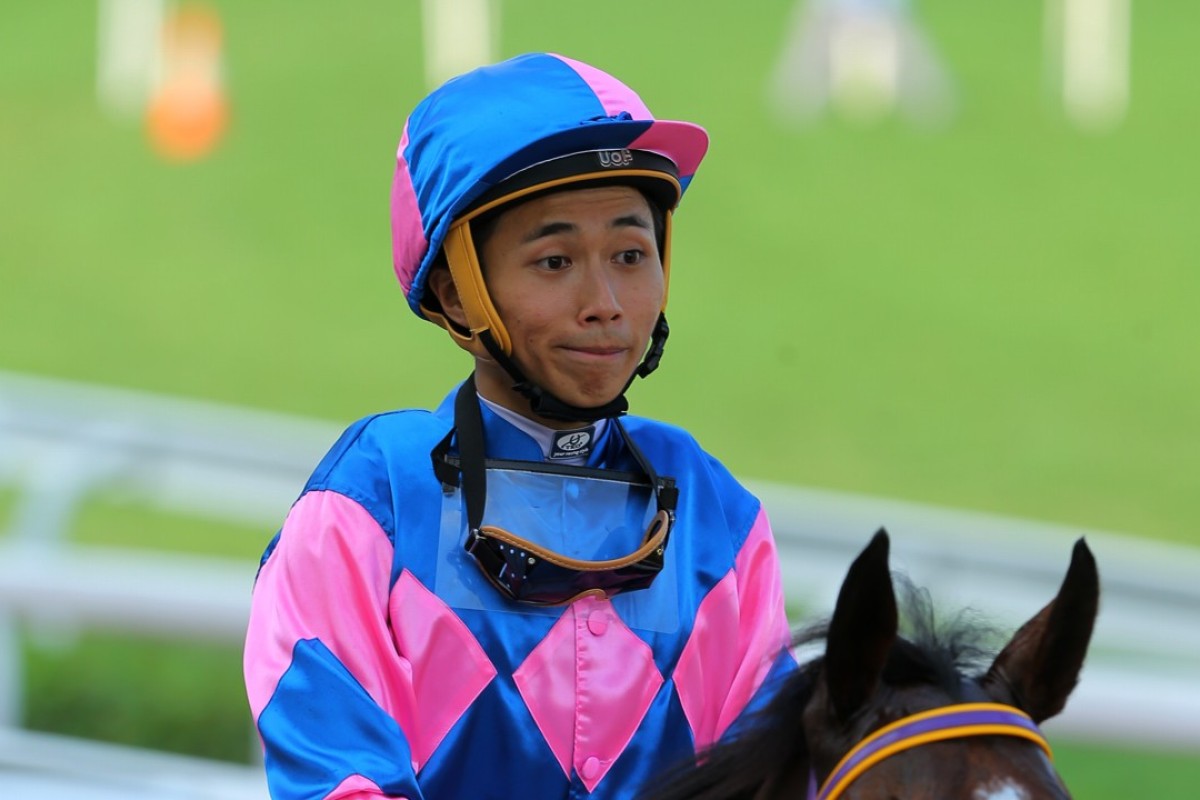 Matthew Poon returns to scale after his 12th winner of the season on Sunday at Sha Tin aboard Perpetual Treasure. Photos: Kenneth Chan

The contrasts between Port Lincoln, South Australia (population 16,000) and Happy Valley, bordering the busy commercial district of Causeway Bay in Hong Kong, are stark, but Matthew Poon Ming-fai hopes the similar nature of the racecourses stand him in good stead on debut at the city circuit on Wednesday night.

After a whirlwind, if somewhat stop-start, beginning to his Hong Kong career, Poon has six rides, including five for boss David Hall, and a couple of them are top chances.

“It’s a bit like Port Lincoln,” said Poon, who has ridden a series of trials at the tricky track.

“Most of the winners come from on-pace, you can get blocked for a run quite easily and sometimes you need to make a long run if you want to come from behind. Anyway, I rode a few winners at Port Lincoln so I hope I can do the same at Happy Valley.”

Port Lincoln, where Poon collected 16 of his 117 winners Down Under, races anti-clockwise but other than that, it does share similar dimensions. 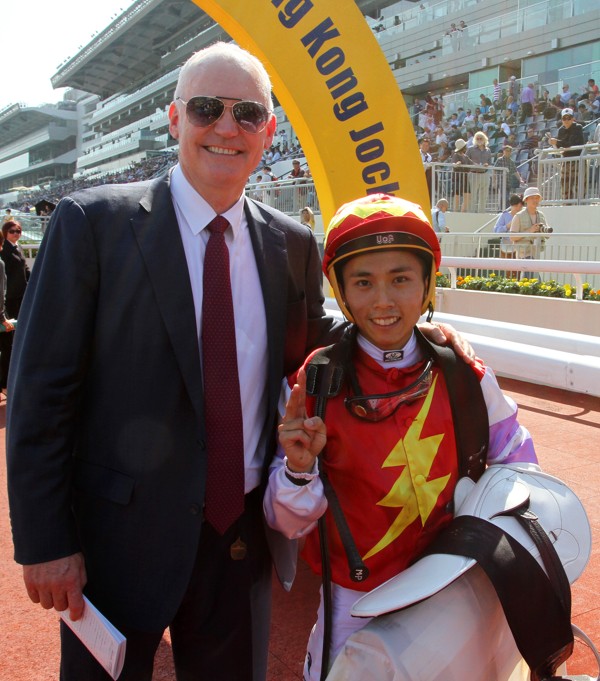 The Australian track boasts a circumference of 1,550 metres, just shading Happy Valley by 100m, while both have tight turns and short straights, with the run home at Port Lincoln just 280m to the Valley’s 312m when the rail is in the A position.

Seven of Poon’s 12 winners so far have been on Sha Tin’s on-pace dominated all-weather track at a strike rate of 33 per cent, a statistic he says comes down to the 10-pound claim and the type of rides apprentices are generally given.

Despite double, humble Matthew Poon admits he ‘slaughtered a couple’

“The dirt track is on-pace, and especially with the 10 pounds you just keep on rolling. It was the same on small tracks in South Australia and hopefully similar at Happy Valley,” he said.

The 23-year-old looks a great chance of continuing his streak of at least one winner at every meeting, starting with Happy And Healthy in the opening race.

Poon won on Happy And Healthy over 1,400m on April 17 and the six-year-old hasn’t been far away in two starts since.

Happy And Healthy now comes back to the scene of his only other local victory and maps to get a great run from gate three in the Class Four D’Aguilar Handicap (1,650m). 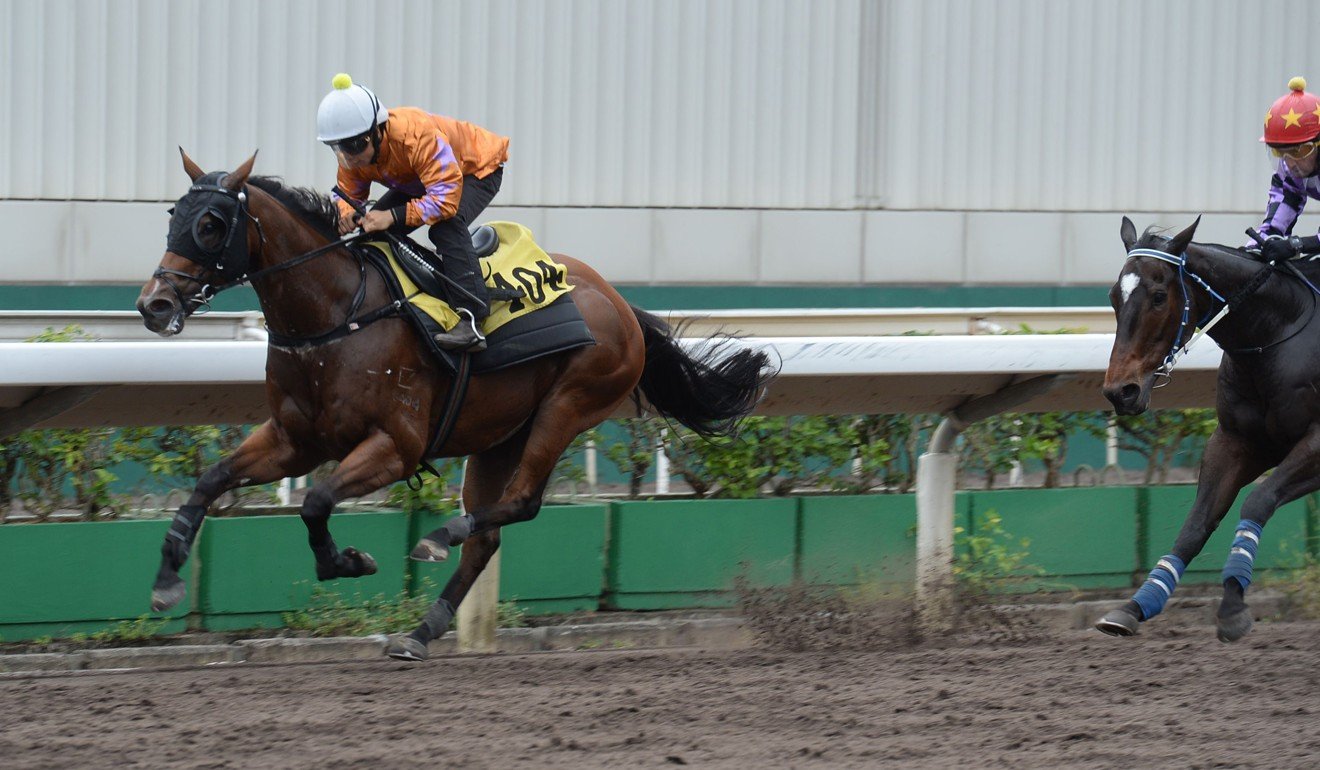 No Money No Talk also has the benefit of Poon’s claim and a low draw, with barrier one providing a chance to sit just off what could be a frantic early speed in the Class Three On Lan Handicap (1,000m).

John Size’s speedy three-year-old Premiere looks an interesting proposition dropping back in grade and to his best trip, but may have to work hard to cross from barrier nine.