The trainer gives punters plenty to cheer as short-priced favourites Fox Sunter and Convincible salute, but not everything went to plan 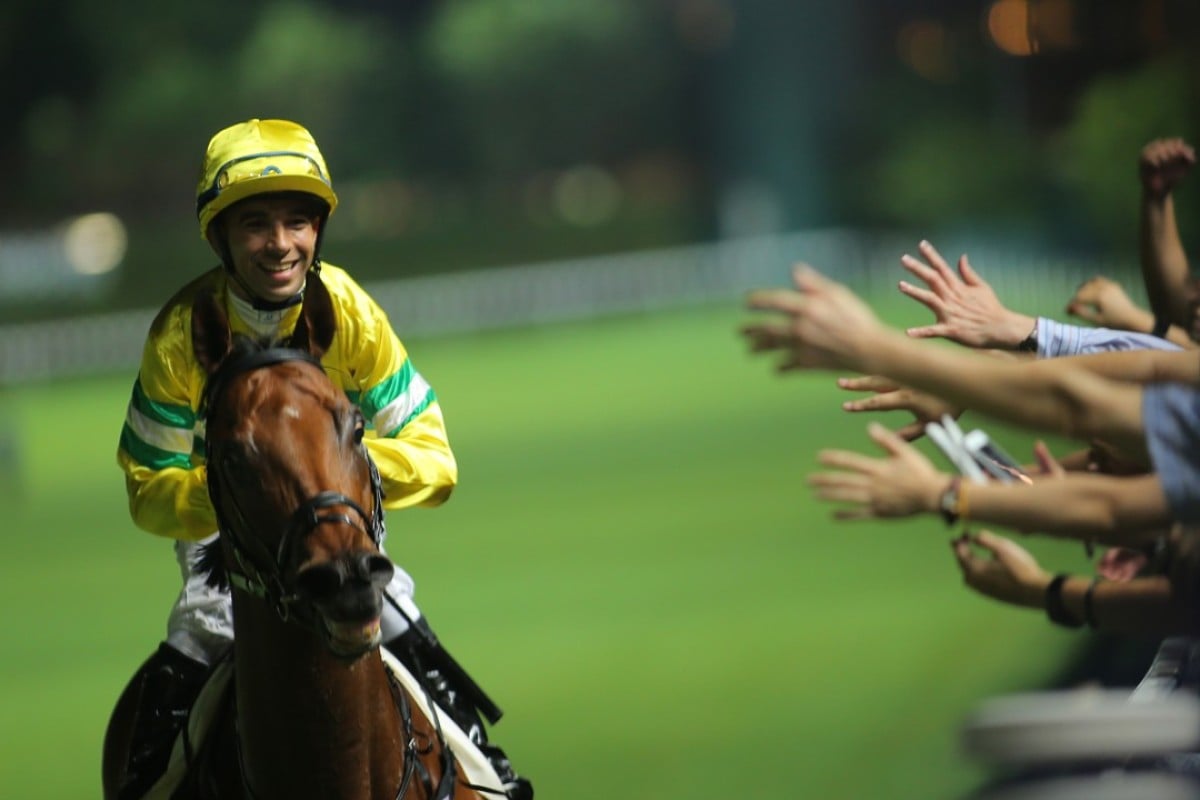 Trainer Francis Lui Kin-wai got himself on the scoreboard at Happy Valley on Wednesday night with a short-priced winning double that showed both sides of the lucky coin.

The win of Household King on Sunday at Sha Tin had many punters thinking that the Lui-trained Fox Sunter was a good thing to break his maiden, after he had comfortably got past Household King in a recent barrier trial win.

Win he did, under a perfect Joao Moreira ride, but the joy of winning was capped for connections by the realisation that Fox Sunter had bled.

The five-year-old returned to scale with blood in one nostril but a further examination confirmed him as a bleeder internally, and for the second time.

Fox Sunter won’t face compulsory retirement until he has a third episode but Lui said the horse’s owner had agreed to keep him in training, once he has completed a mandatory spelling period. 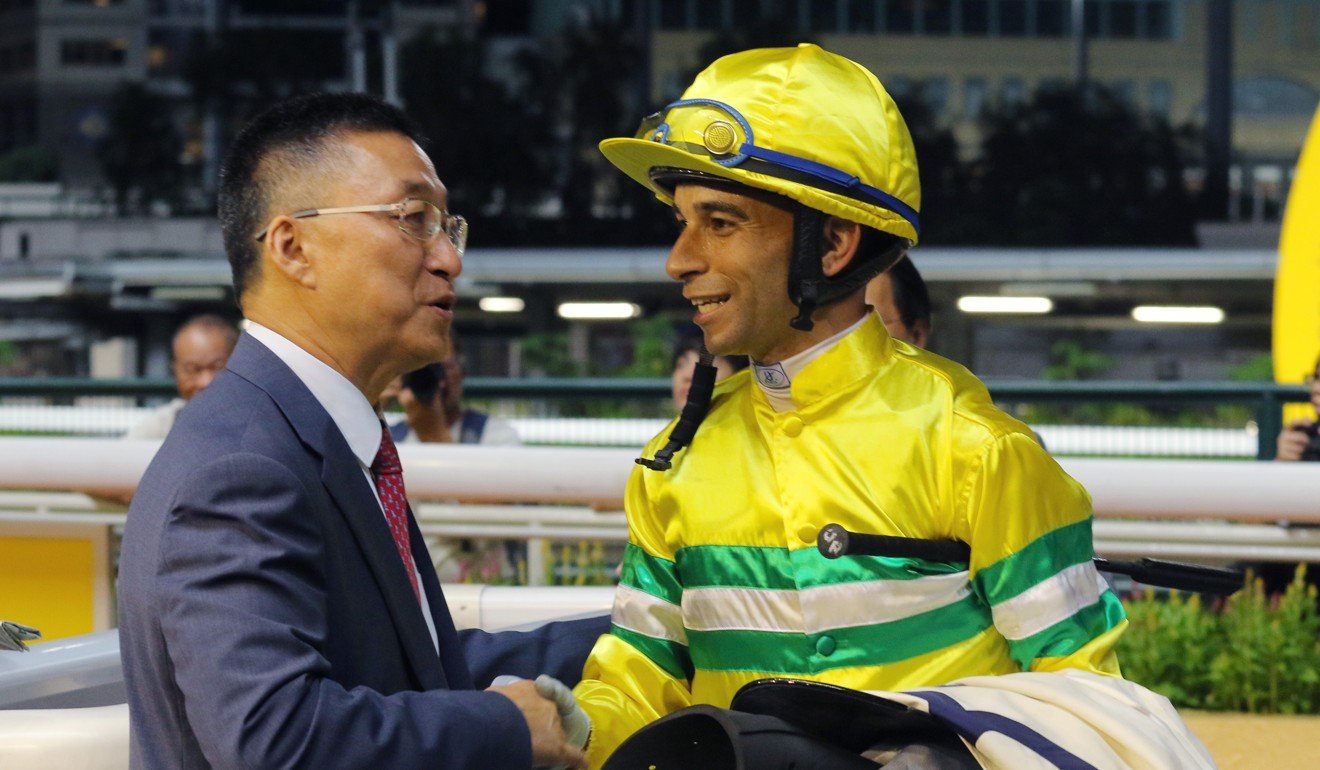 “The horse has ability so his owner wants to keep him and try again,” said Lui, but his second winner was a happier story.

Convincible gave Karis Teetan a winning double with his third successive victory, a far cry from where the gelding was this time two years ago.

“He injured both his front tendons before he ever had a race in Hong Kong, and he took quite a while to get to the races and much longer to finally win a race,” Lui explained.

“But I’m very happy with the horse, he has really hit form at the end of last season. I was worried about him being too high in the handicaps tonight because of those wins but he did a good job again.” 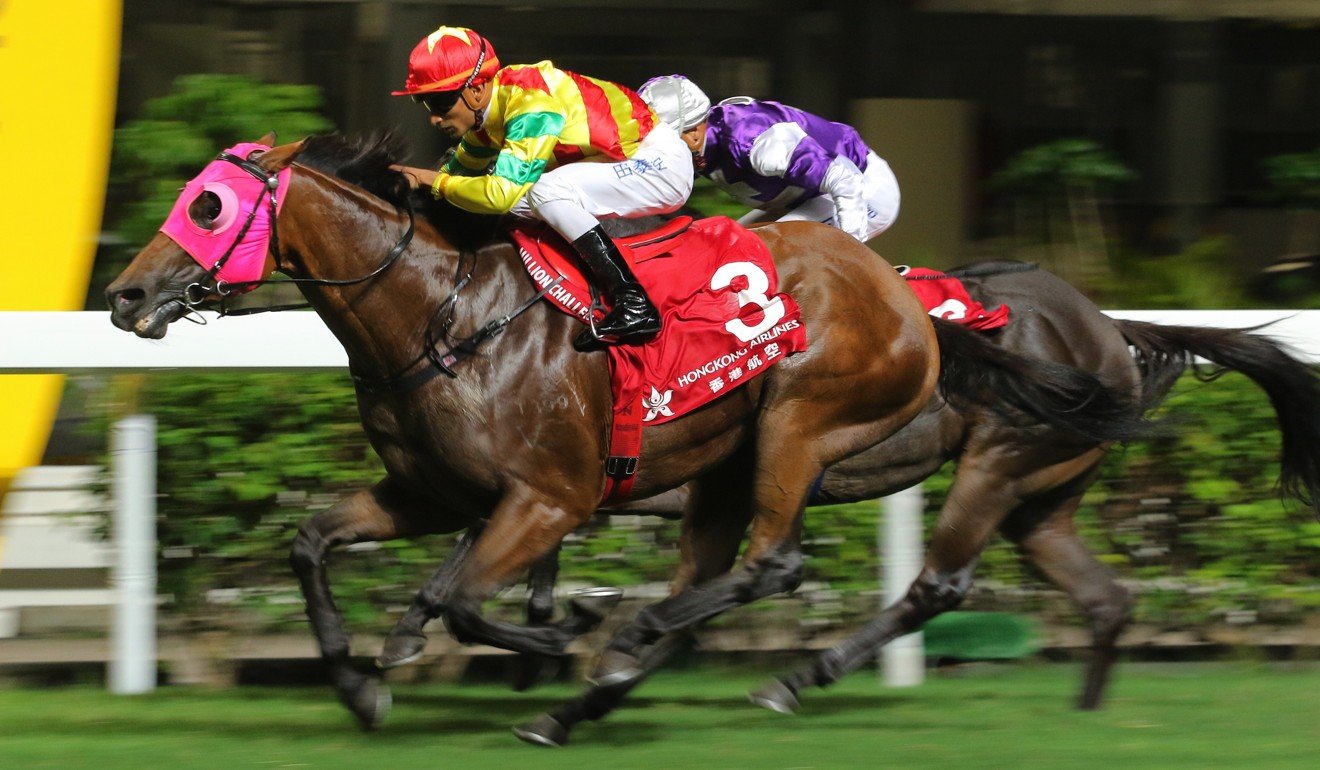 Both Benno Yung Tin-pang and Ricky Yiu Poon-fai got off the mark for the term with Brave Legend (Matthew Chadwick) and Bo Duke (Sam Clipperton), respectively, and both wins confirmed for their trainers how competitive racing is here.

Bo Duke is normally a leader but Yiu said he was cautious about going to the front as Po Ching Treasure, a horse he once trained, was in the race.

“I was worried he might take us on so we didn’t press but in the end neither horse led, someone else altogether took the front,” he said. “The time they ran was so slow, slower than the Class Five, so that means any horse in the race could win. It was a bit lucky.”

Yung’s promoted reserve provided the surprise result of the night, with Brave Legend giving Chadwick his first win since an injury cut short last season for him in April.

Brave Legend and @mattLchadwixk storm down the Happy Valley turf to land a 31-1 upset of the Community Chest Cup Handicap #HKracing pic.twitter.com/ZPomOwrMca

“Actually, this race just shows that the right run is the most important thing and Matthew made a good decision to let the horse relax at the back and travel,” Yung said.

“Everybody else pushed and they all died in the straight. I had this horse aimed at a 1,400m so this distance may be a little bit short but he was strong at the finish of 1,200m ridden quietly. The best run, the best ride won. He has ability and can improve more – he knew he was somewhere new tonight and was sweating and looking around so he will be better for this.”

Speedy Wally wins for the 2nd consecutive season on opening night at Happy Valley, gets Caspar Fownes & @zpurton their first of '17/18 pic.twitter.com/0HAGSEbanq

John Moore’s stable rider Tommy Berry withdrew from his three rides at the meeting with a virus but missed nothing important and is expected to be fighting fit for Sunday at Sha Tin.

Star apprentice Matthew Poon captured the opening winner when Catchmeifyoucan saluted for Chris So, but his night ended on a sour note when he was ­suspended for two meetings for his ride on Mr Genuine in the last.