Zac Purton guides the five-year-old to victory in the S$1.5 million feature with compatriot Horse Of Fortune finishing second 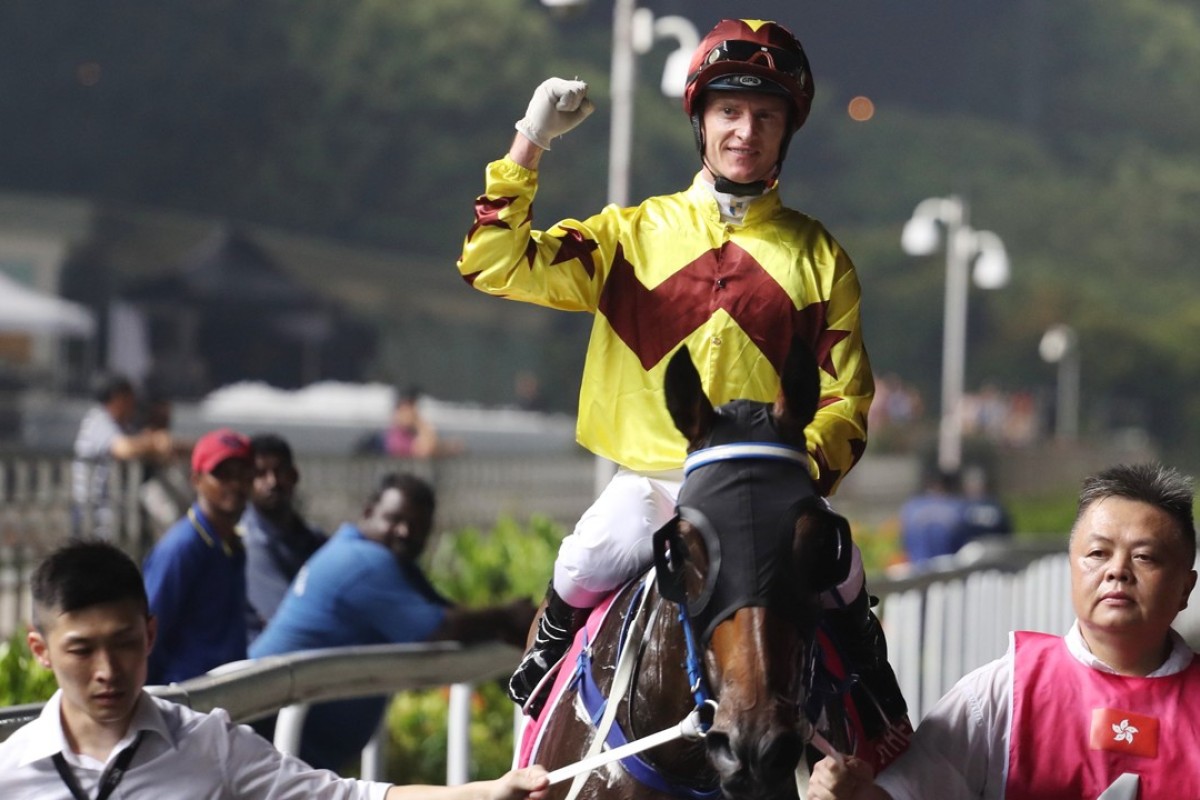 Hong Kong resumed its domination of Singapore’s international races with Southern Legend and Horse Of Fortune running the quinella in the revamped Group One Kranji Mile on Saturday night.

Historically, the Lion City has been a happy hunting ground for the Sha Tin raiders – winning the last three runnings of the KrisFlyer International Sprint and Singapore Airlines International Cup before those contests were abandoned in 2015.

But with the reintroduction of international racing announced earlier this year – starting with the Kranji Mile as an invitational – Hong Kong has reclaimed its mantle as king of the jungle.

Two Hong Kong horses contested the S$1.5 million feature and they finished first and second with the Caspar Fownes-trained Southern Legend leading all the way to beat Tony Millard’s Horse Of Fortune.

And while Karis Teetan came second in the main race, he didn’t go home empty-handed, tasting success on the undercard with Hyde Park and Big Wave.

It was Fownes’ fourth victory in Singapore (he won the Sprint with Green Birdie in 2010 and Lucky Nine in 2013-14) and he went into the race full of confidence. 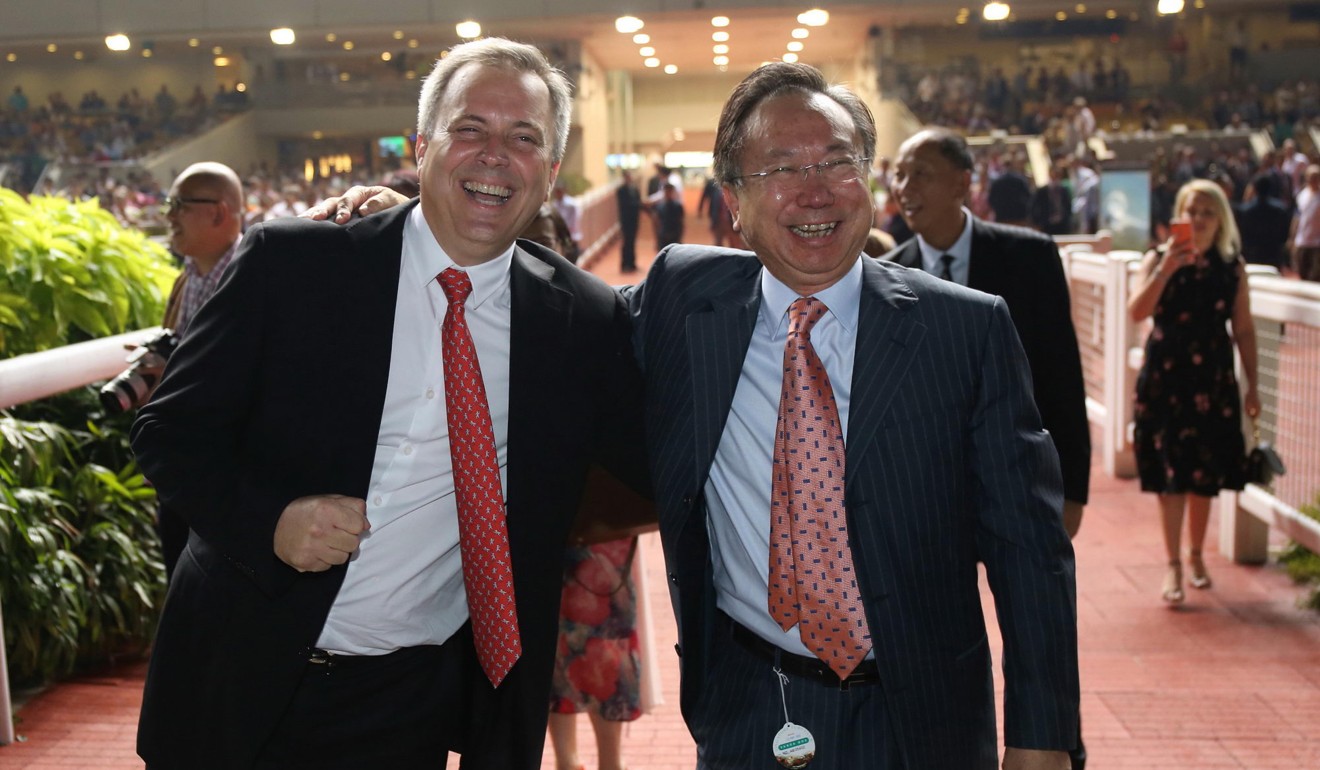 Southern Legend, who jumped as an even-money favourite, justified that with his three-length procession and will now be set for the Hong Kong Mile.

“It’s always been fun to come here and I’m very happy we got this result,” Fownes said.

“Now he can go and enjoy his summer break before coming back to mix it with the big boys. Everything will be focused towards December at Sha Tin.”

Purton has also had plenty of success in Singapore – he won the International Cup with Military Attack in 2013 and the International Sprint with Aerovelocity in 2015 – and he was thrilled to be back at Kranji. 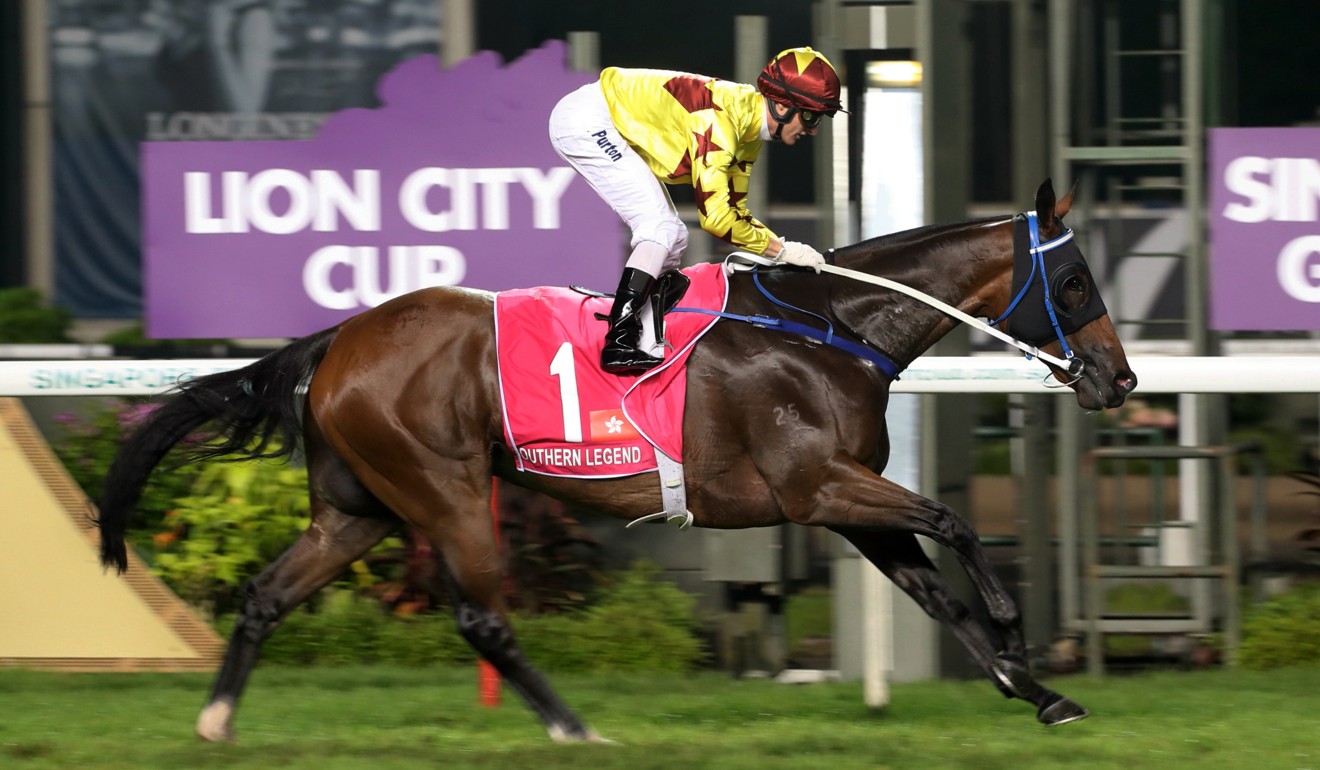 “I love Singapore, it’s been very kind to me. It’s a great city, it’s a good place and hopefully my run continues,” Purton said.

“It’s great that this race has been put back on and hopefully they can continue to add more races throughout the season.”

After jumping well from the inside gate and finding the front, Purton always felt he had the race in hand.

“I was always happy, and coming to the 400m I still had a lot of horse under me, and felt I had it. He showed a good turn of foot and impressed me,” he said.

“I had a little bit of pressure put on me through the middle stages, the young kid out wide was coming across to get closer to the fence and Karis kept digging up inside and kept him working so it just kept my horse honest, but I had him in a nice rhythm and I wasn’t worried about that.”

While Purton controlled the race from the front in the Kranji Mile, he didn’t take much credit for his win in the Singapore Guineas with the Lee Freedman-trained Mr Clint.

“He was just the best horse in the race, that was all,” he said.

“I didn’t expect him to show as much speed as he did early, I had to grab hold of him to bring him back – he was over-racing a little bit – but once I got cover he relaxed nicely for me. He was pulling me into the straight, he was just going to good. He felt the winner a long way out.”